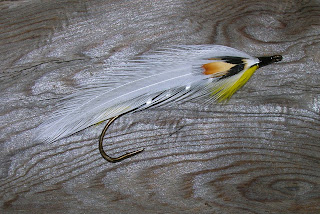 The Black Ghost streamer was another great pattern form the State of Maine to recieve fame worldwide, this being of its fish taking abilities. The fly was originated by Herbert Welch of Oquossoc Maine about 1927. Mr. Whelch who was a very accomplished taxidermist and guide had his shop on Haines Landing Maine, which was a stones throw from Mooselookmeguntic Lake.

The fly was used to catch Landlocked Salmom and Brook Trout which it did very well, but also is used for other gamefish and Atlantic Salmon.

Mr. Welch tied his with a feather wing, but another version is tied with marabou, which has proved to be deadly in its ability to take fish. Some say the marabou version is better than the featherwing original. 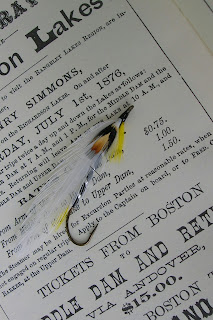 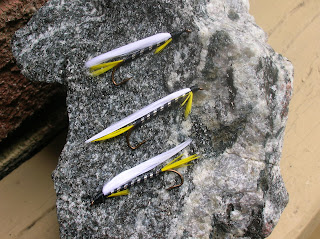