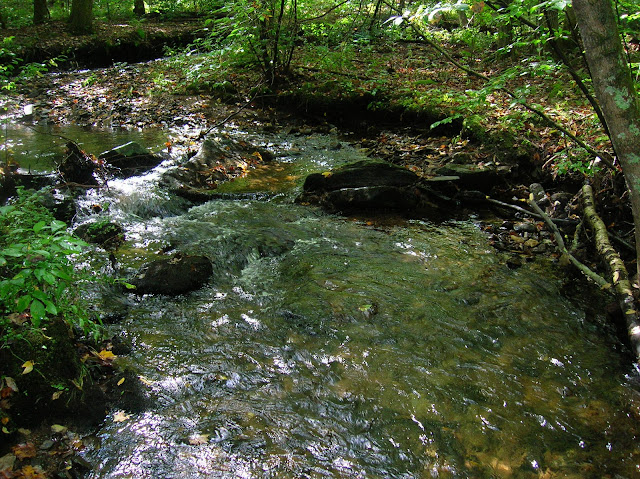 This is a small stream located in southeast Connecticut. I have fished this stream many times and have taken many of brook trout. Lovely little jewels, wild and spunky.
Over this past year or so I've taken a few small brown trout, this does not surprise me for a lot of Connecticut's small wild trout streams have both present.
Yesterday while enjoying what ever this late September day offered, I was given a surprise, one that I did not expect. 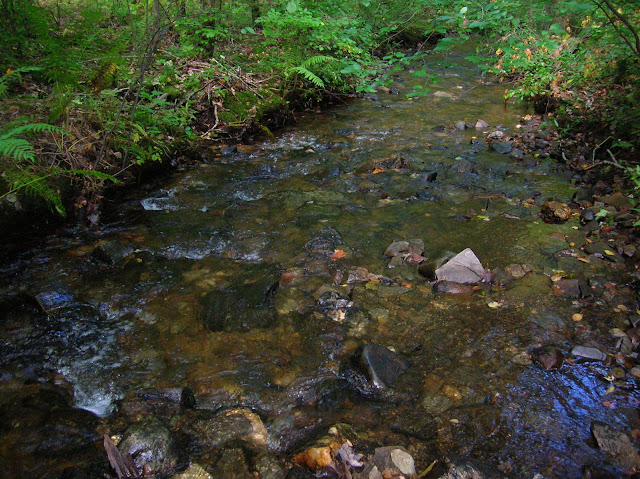 This stream is a classic small stream, 3 to 5 feet with runs, pools, undercuts, and lots of woody debris. While most of the trout will be found in likely holding areas, this time of year they are on the move and might be anywhere, even right in the middle of the stream.


This brookie was taken in the middle of the stream, at that soft spot near the black rock. 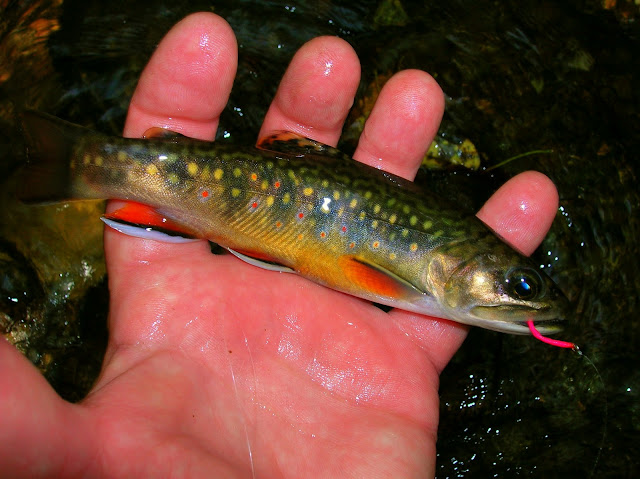 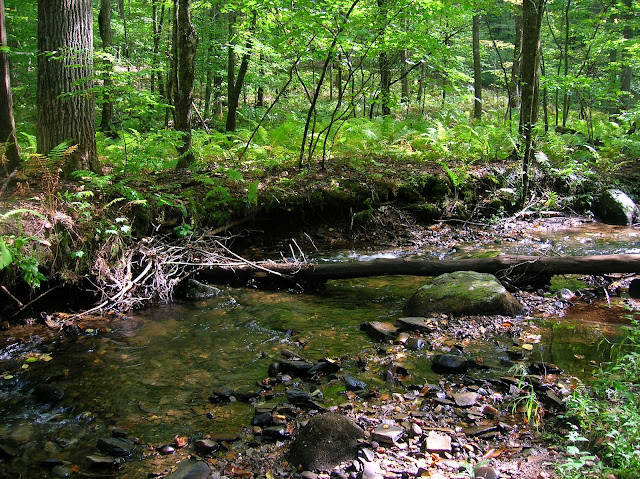 Bends in the stream are always good places to find trout. This one has the added bonus of some woody debris. 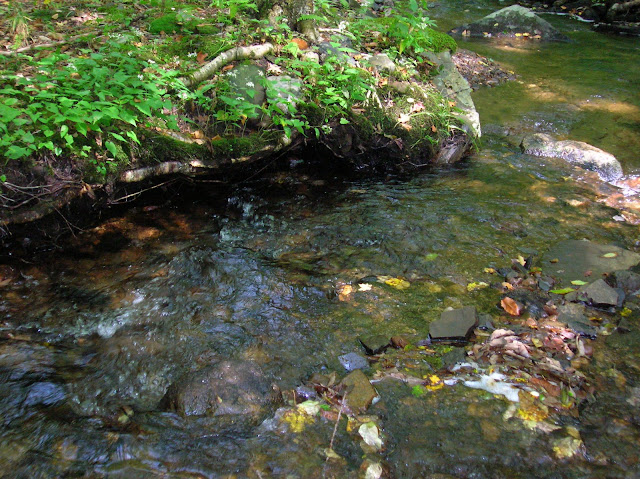 Where I find undercuts I will always fish them. This one I was standing above it, and drifting, and bouncing the fly. There was an eruption, and all I felt was weight, then that feeling of the roots or anything else that was under that bank.
By keeping pressure on the fish I was able to bring the fish out. He tried to run as much as possible but there was not much there. Finally I was able to gain the upper hand and brought the brown trout in. He was handsome, beautiful spots, dark and red, with a hint of buttery soft yellow. I was afforded a quick photo before he went to his dark lie. 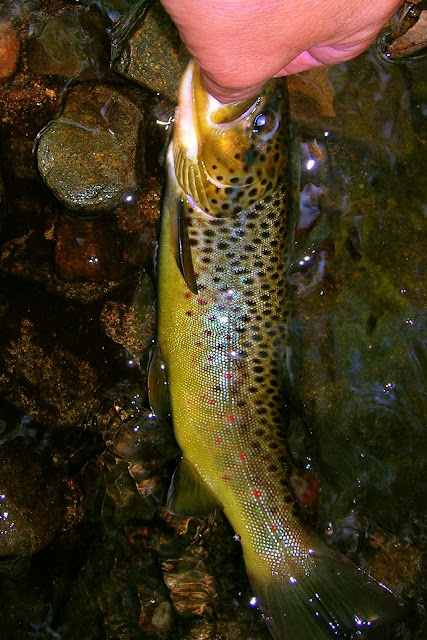 Not a giant as brown trout can be..... but he is a monster for this stream.
One I placed in my minds journal, and will not forget.

One never knows what might swim in a small stream. 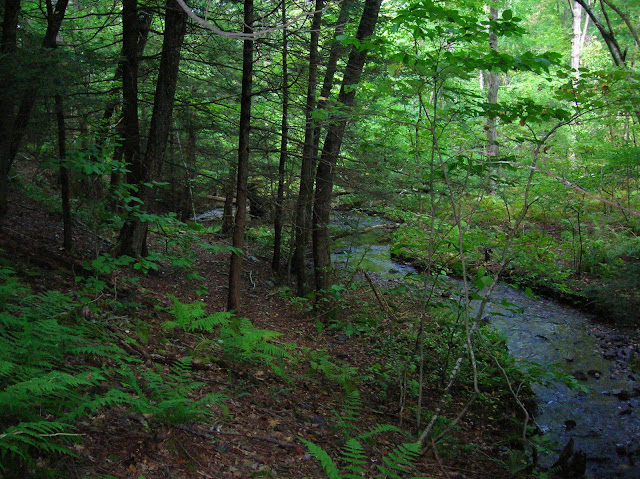