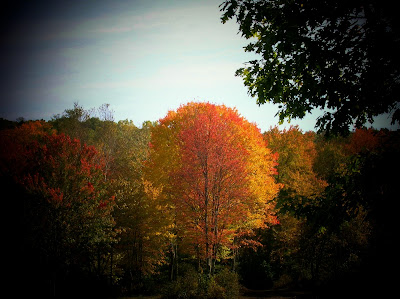 Over the Columbus Day weekend I fished several streams at various times during the day. I find that fishing from that 9am to 3pm works best for me. At that time the sun is out and the fish seek shadows, which are easy to locate thus finding fish holding areas simpler.
This stream is a freestone that was running pretty good for this time of year, we've had ample rainfall this year and the streams are full. The large boulders in the stream always make me think when they were deposited there. Were they placed there by man, or did the glaciers of the last ice age deposit them there.

I started fishing a Bomber dry drifting it in likely areas that I knew might hold fish. It soon produced a rise, but the fish did not want to eat it. This has happened a lot these last few weeks with this pattern, it's as if they just want to play with it.

I tied on a Clown Shoe Caddis, still not tied to pattern, but I'll get it right soon. Well that fly worked for me for those few hours I fished. The fly was hit at the end of the drift, just as it stopped and was sucked under.
The brook trout that day looked like the foliage around the stream. 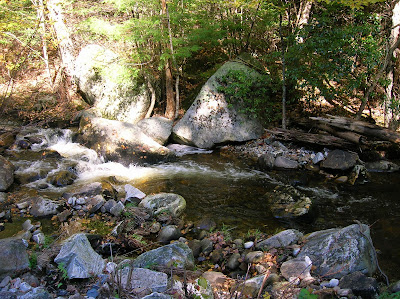 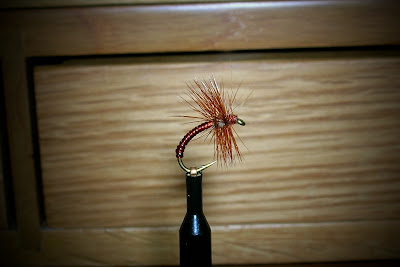 Here's that not tied to pattern Caddis. 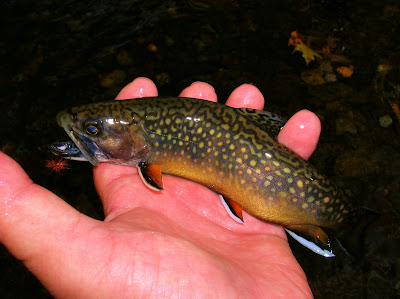 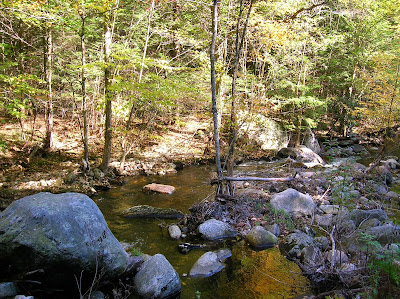 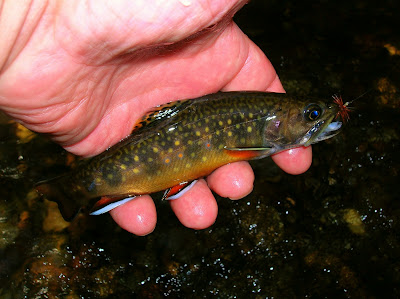 Another survivor from the ice age.

CLICK IMAGES TO ENLARGE
Posted by Brk Trt at 5:41 AM