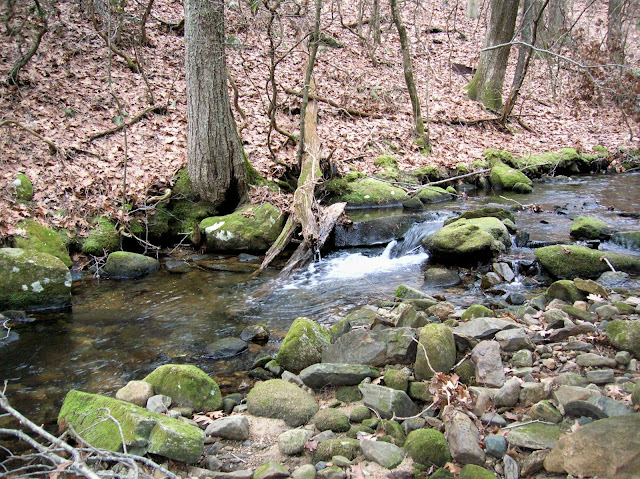 Most trout streams are pretty much known to all anglers. They are listed in most of the pamphlets that each state fish department issues with their fishing license. The special sections of these listed streams are well known to anglers, info that is usually handed down from family or friends.
Small streams, Thin Blue Lines, that hold wild trout and especially those that hold wild brook trout are closely guarded secrets that few share with others. These streams are kept secret not because the angler is selfish, but because they are fragile habitats that need protection. Heavy fishing pressure, and catch and keep cannot be practiced on the wild streams.
Yesterday I was given the opportunity to fish one of these thin blue lines by an angler who researched this stream and did the leg work which comes with sore muscles, wet feet and sometimes more to document the streams wild fish.

Kirk, at "Trout Quest Redux" and I met up at 10 am or so and fished this wild trout stream he had found. A beautiful gem located in the forests of eastern Connecticut. Kirk had fished this stream several times and spoke of its brook trout. Brook trout that were feisty and colorful and willing to take your offering.

As the hours passed Kirk did well with these brookies, while I was unable to bring a single fish to hand. About 1:30 Kirk had to leave, and I decided to stay for another hour or so. Moving along and down stream, fishing as I walked with the hope of bringing one this streams wild ones to hand. As I fished a long slow pool, almost at the tail end a brookie took my offering and gave the chance to admire its beauty. A quick photo and back to his clean home. I then cast into the pool and instantly the line went in a funny direction. Pulling the line tight I realized I had a second trout on. It to graced my hand and allowed a photo before its release.

I continued to fish that stream and never once did I have even a bump. It was a fine day on this small blue line, a blue line that was shared with me so graciously. 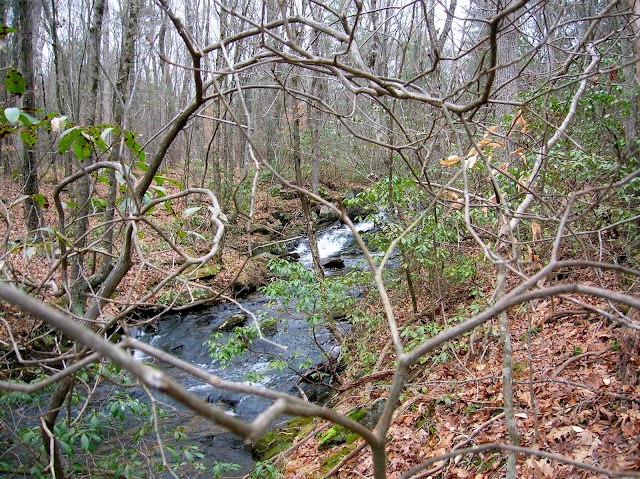 The stream, lots of pools, runs, and beautiful riffles. 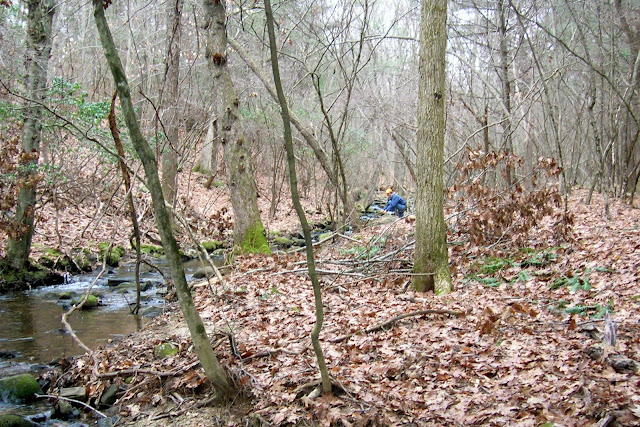 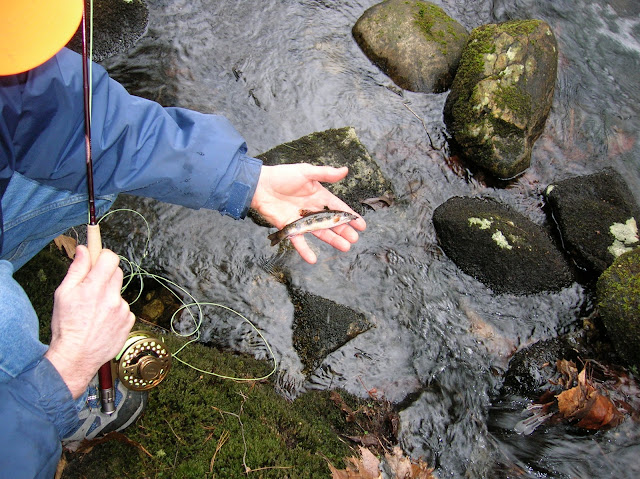 A true reward... a wild friend to hand. 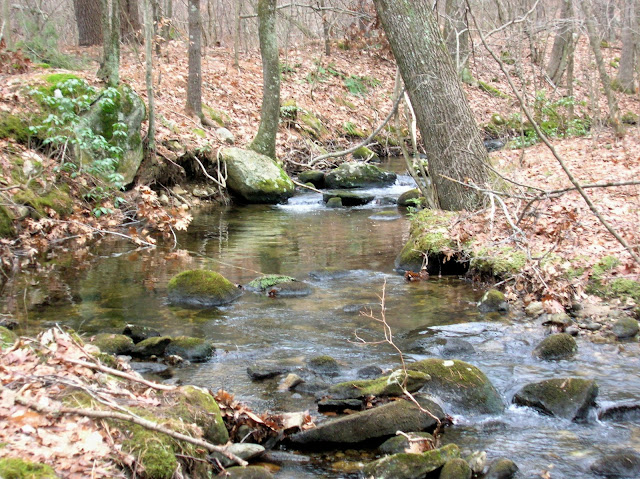 This pool was good to me as I was walking out. I can't remember if I fished while walking up. 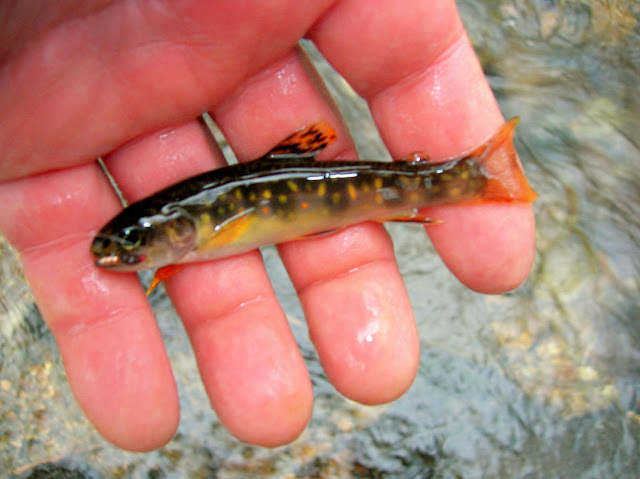 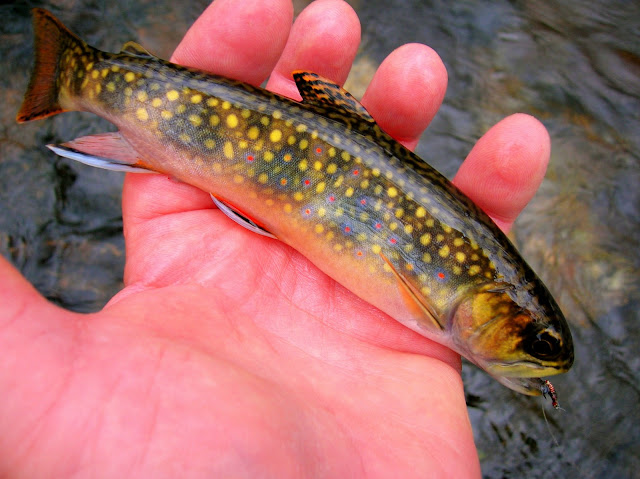