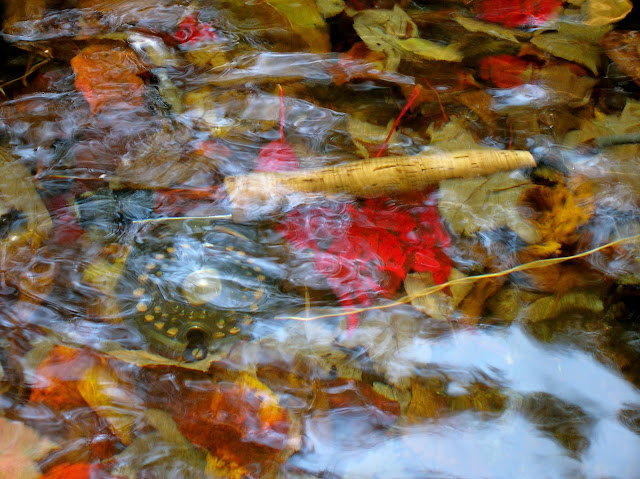 This post was supposed to be about the "Carrie Challenge ll" feature that was posted yesterday on Global Fly Fisher. But in the process of looking for photos of the streamer I found several photos that brought back some fine memories. Memories of fishing small streams.
As I viewed them the sights that they captured brought the experience back as if it were yesterday. I like many other outdoor people, we have cameras with us. Cameras to capture that something special. I take photos of most anything relating to my outing. Perhaps if I would keep my fly in the water, instead of taking photos my catch rate might be better. 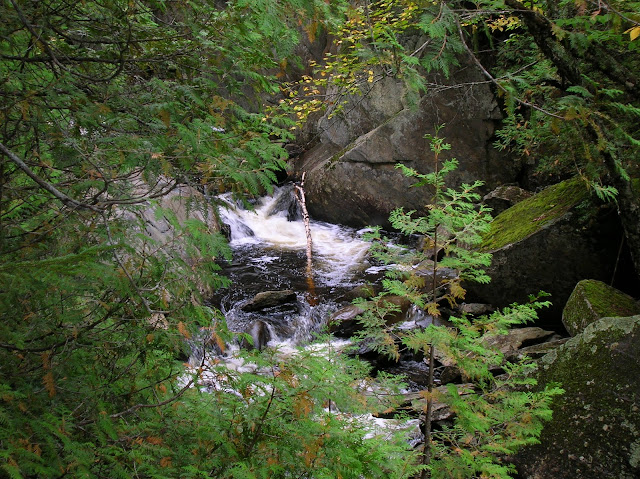 A place like this is captured forever. I recall this 2007 outing ever so clearly. 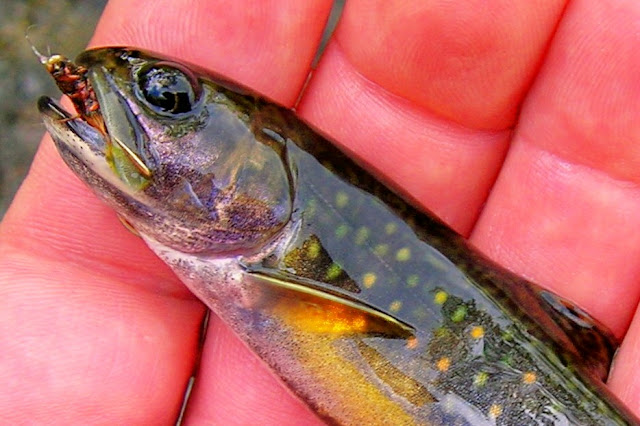 This brook trout came to hand. Taken on a favorite wet fly. I didn't have the Picket Pin in my box at the time, but this one was given to me by the only angler I saw that day. 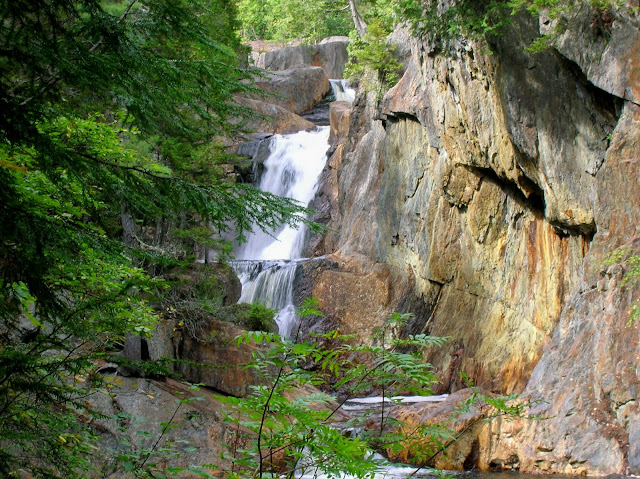 Can man build this? 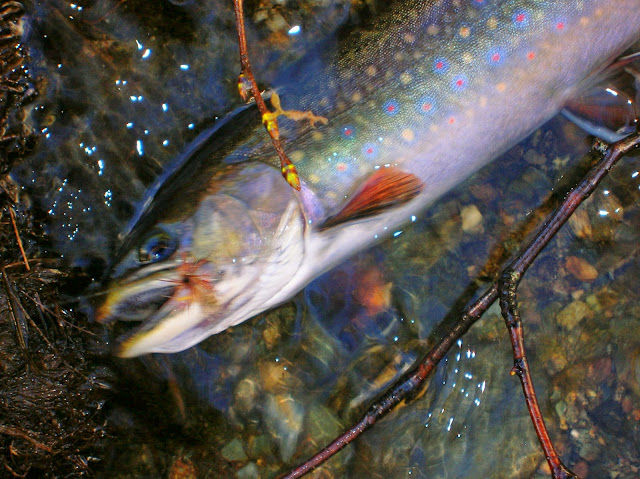 This brook trout appears to show anger in his eyes, fearing the possibillity of being the evening meal. Not to worry my friend. 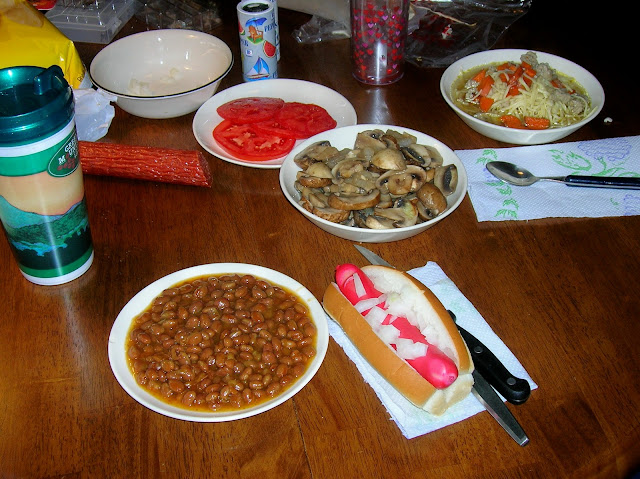 An evening camp meal for two. Franks and beans and chicken soup can taste so good at times.