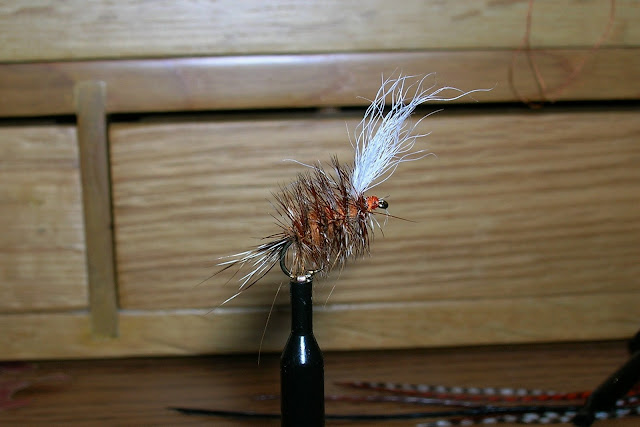 Groundhog Day 2012 turned out to be a winter buster here on this small freestone stream. The air was quite cool with a temp of about 40 or so, I think it was colder though. The sun never made an appearance, which probably made for better fishing.
I met up with Kirk and we set out to fish this stream. We started fishing the typical cold water flies, pink midges, beadhead nymphs and Picket Pin wets.
Soon Kirk had a taker on the midge and the first brookie came to hand. We continued to move upstream and continued to seek a few more willing trout. Kirk changed to a Picket Pin and had a taker, a beautiful brookie, well colored and healthy.
Not being able to do much with the underwater feathers, I changed to a Bomber dry fly, the reason being it's tail is tied with groundhog guard hairs. A few drifts and a trout rose to the fly. I failed to hook this fish, but a fish that took a dry fly. The next hour pretty much went the same way,brookies would rise to the Bomber but not one hookup. I thought the size 16 fly was maybe to small, although it drew a lot of interest. I changed to a 14 emerger/dry pattern and soon had my first fish to hand. A photo and a thank you and off he went. I soon had another take an Elk Hair caddis, my first February trout on a dry fly.

It was a fine day, this Groundhog Day. Company, brookies, and dry flies. 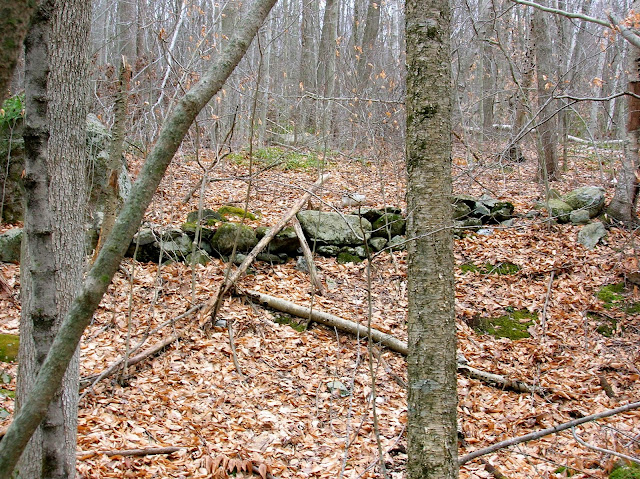 More of Connecticut's past. 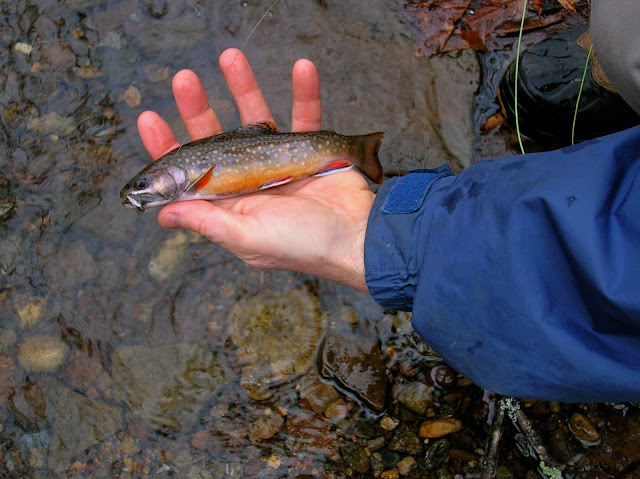 Kirk with a a wild jewel. 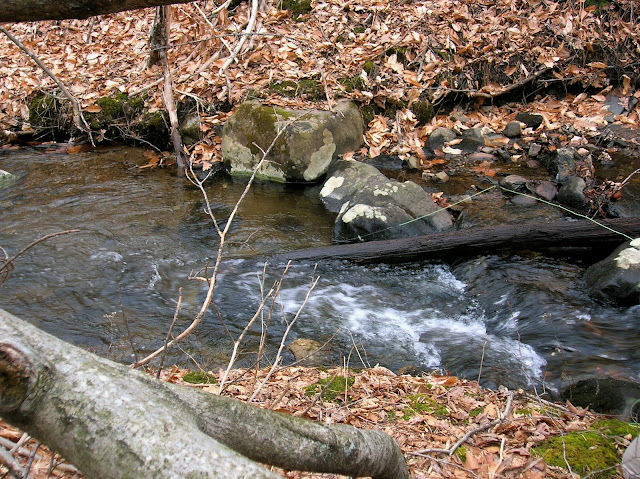 This stream is small but it has all that's needed for the brookies that live here. 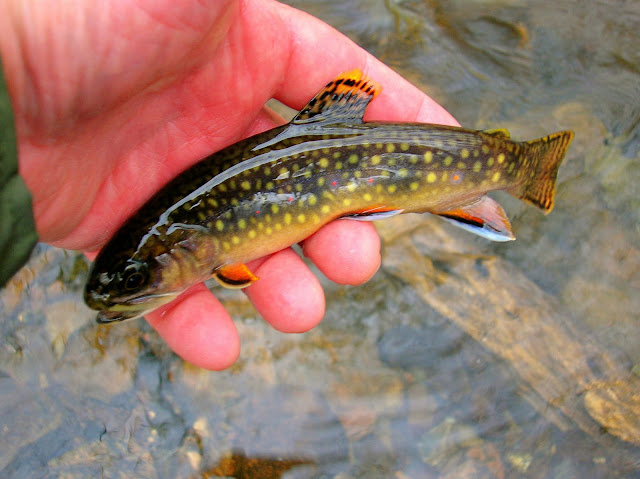 The little char of the springs. I was able to coax them to the surface this day. 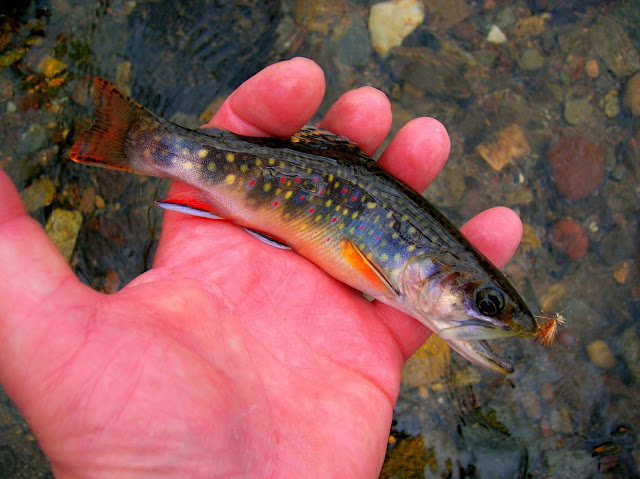 It was 40 degrees today, and this was the perfect dish to ward off the cold.
"Chicken Corn Chowder" 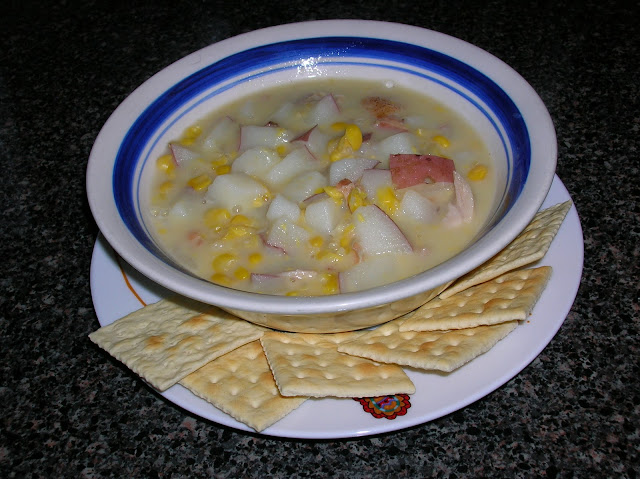