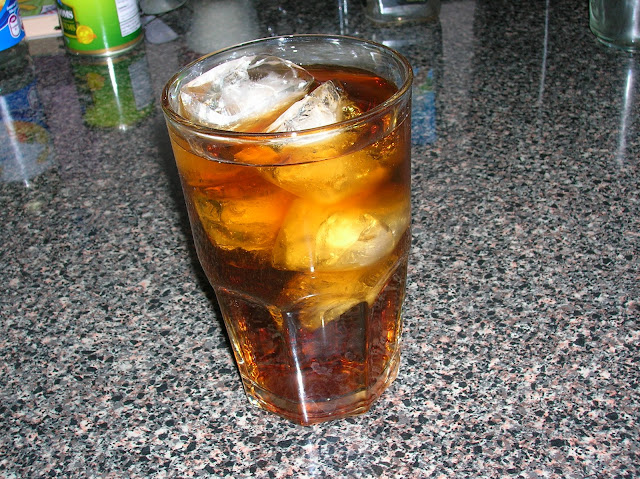 Connecticut is in its first heat wave of the year, three consecutive days in the 90's. While some may like it I for one can do with out it. But being unable to do much about it here's some cool stuff that helps to make it bearable. While talking of bear...able, those that fish the Farmington River should be on the lookout for bears. It's not panic time but they are about and many more sightings have taken place. 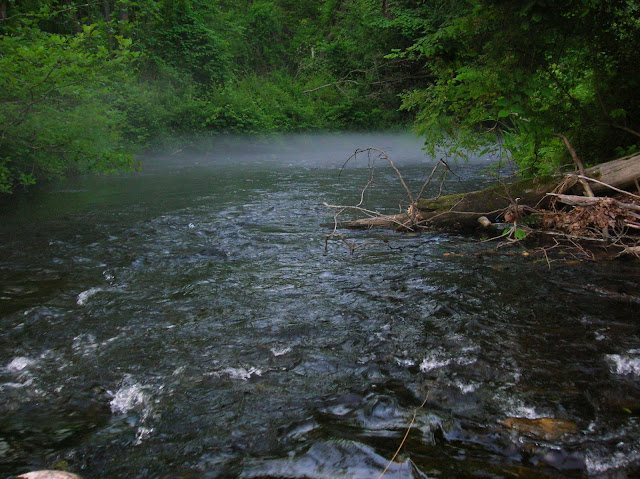 The other evening while fishing, with the air temp of about 85 and the water at the mid 50's a spooky mist hung over the stream. 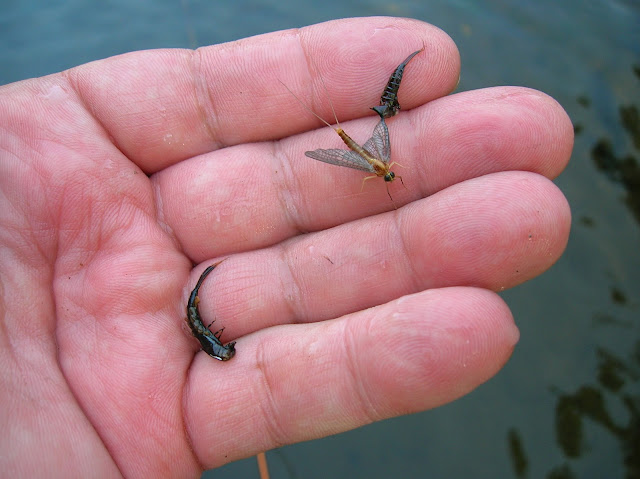 That same evening I saw this struggling fly trying to shed its shuck. I wonder if trout key in on such happenings. 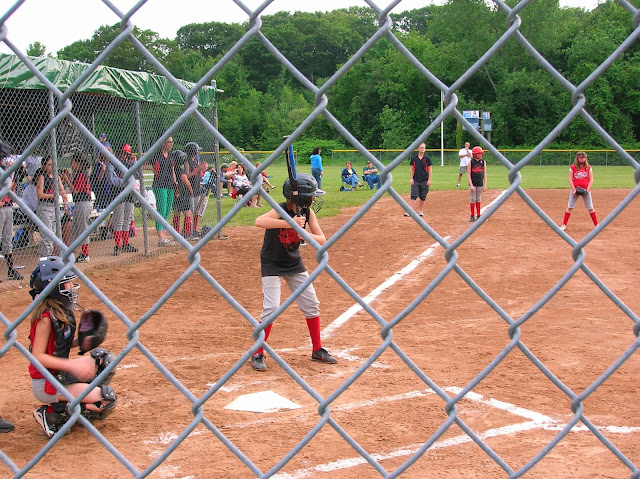 Now this is cool. My grand daughter Morgan about to rip one into the outfield. 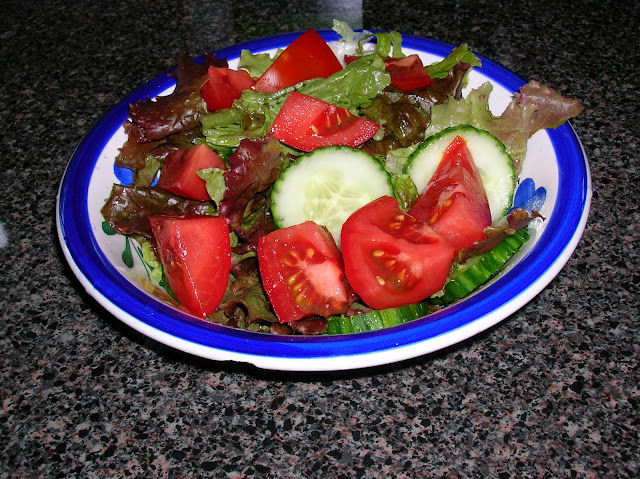 The picture says it better than I can.