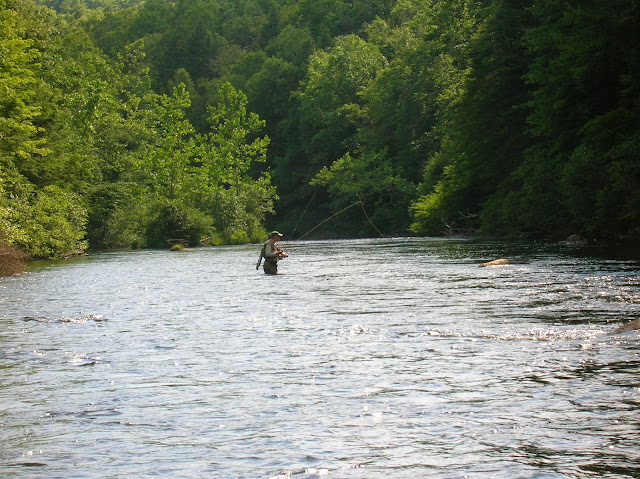 That's "Pete". And your seeing right, there's nothing wrong with your eyes. He's fishing the Farmington River with two fly rods.

I had another opportunity to fish with this gentleman. We met yesterday at the "Farmy" to fish late afternoon/evening. We met one another a few years ago on the river and have fished together a few times including what might become a tradition on New Years Day two consecutive years. Pete is guy who knows the Farmy like the front of his his fly vest. It's knowledge that he's willing to share with most. And even in stream side conversation not really pertaining to fishing, you'll say to yourself I just learned something about a certain fly.

Pete is a fly angler, and a damm good one. He knows what to fish and how to fish it. He should be an ambassador for the sport. He is honest and genuine. He is what I call a fly fisher, not a fly fisher elitist. For that I thank him. 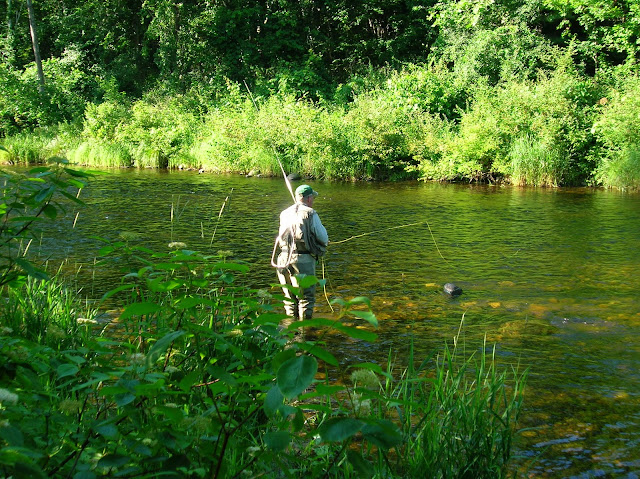 Pete fishing a section of the Farmy that I consider my favorite. Again with the two rods. Pete is also the Master of the Bead Head Soft Hackle Pheasant Tail. When he fishes that fly the trout don't stand a chance. 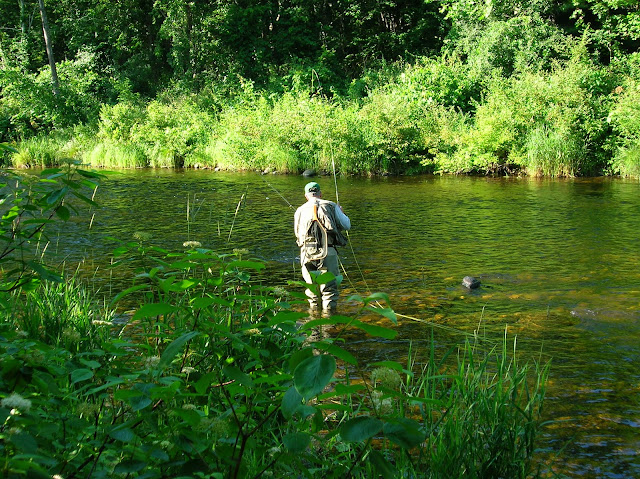 Pete about to bring a feisty brown to net.

It was a great outing on the river last night. May you fish your river in health for many years friend.

Photos or text may not be used without permission.