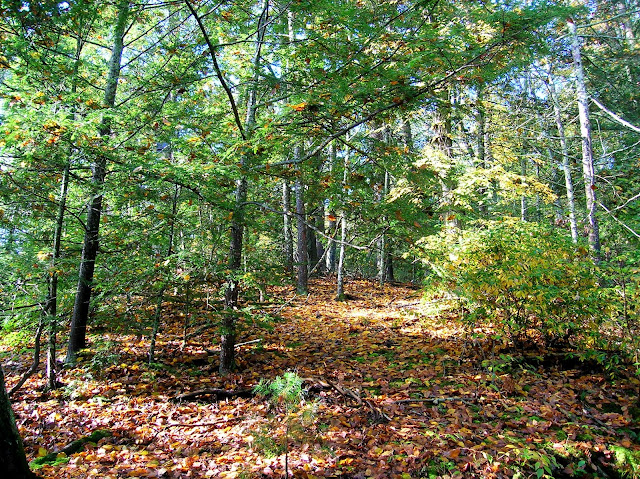 Eastern Connecticut is a part of the state that has a landscape of rolling hills. These hills are covered with hemlocks and a variety of hardwoods that are starting to show there colors. Within these woods lies many small streams, streams that are cold and clean and home to wild brook trout. Last Friday I paid a visit to one of them.

Armed with a two weight and some flies a bottle of water and an apple I set off on a day that was to be one of the better ones of this Autumn season. 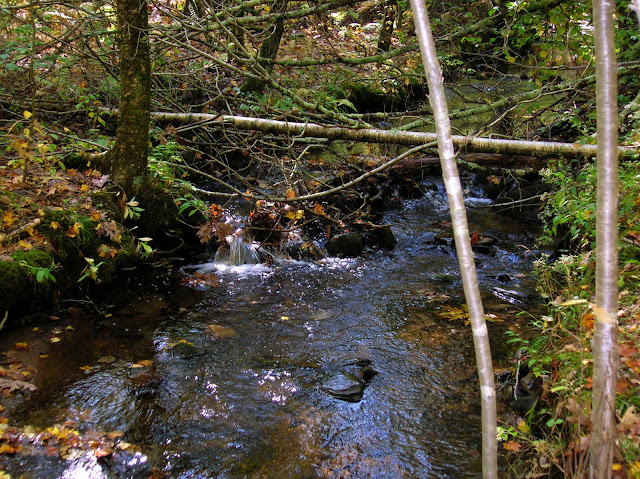 The stream was flowing nicely, clear and crisp. Leaves were falling and at times it looked like fireworks with the different colors. I started fishing dry flies and they were not welcomed. I tied on a Picket Pin, some of these I tie with no hackle or just a twist, this enables the fly to ride a bit deeper in the water.

As I approached this pool I saw to brookies lying in the tail. Pausing for a moment thinking of how to drift the fly I must have startled them for they shot up under the bank. A second or two later I cast upstream towards the root jam. As the fly drifted and was sucked under an orange rocket shot out and grabbed the fly. 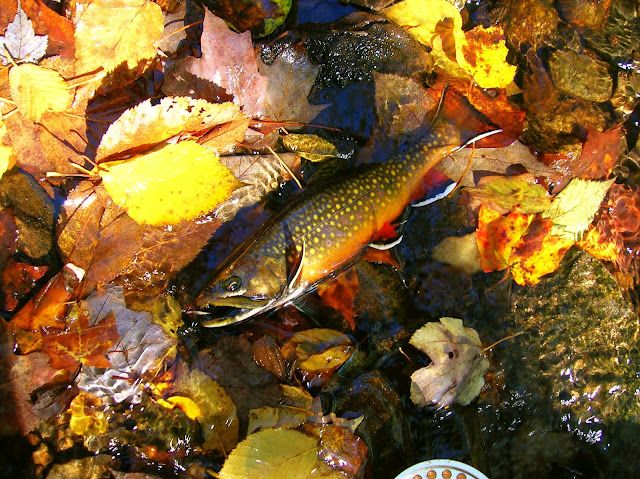 Moments later this wonder of nature lie in the stream among the fallen leaves. I don't know which feature stands out more on this trout. Its red dots, blue halos, orange belly, red fins or black mouth. 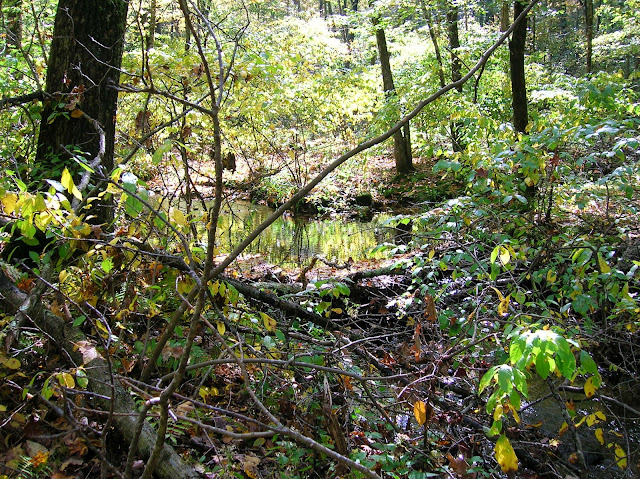 It amazes me how they can swim through the maze of the stream. Blow downs, and wood debris that's so thick that only a trickle seems to get through. Well that was Friday in the east, today it's a stream in the west.