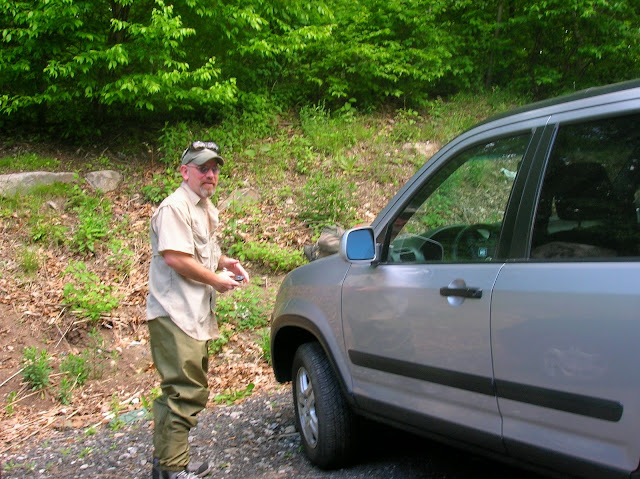 Several years ago while posting for the first time on a local website here in Connecticut I was sort of introduced to this gentleman. We traded comments on various posts and got to know one another. He was very good at wrestling blues and stripers from the surf in Long Island Sound, his screen name was Penfield Reef Rat. It was not to long until I saw him posting on a site that was dedicated to fly fishing. We picked up on each others posts and began to get to know that there was a liking of small streams and wild trout that we both shared. 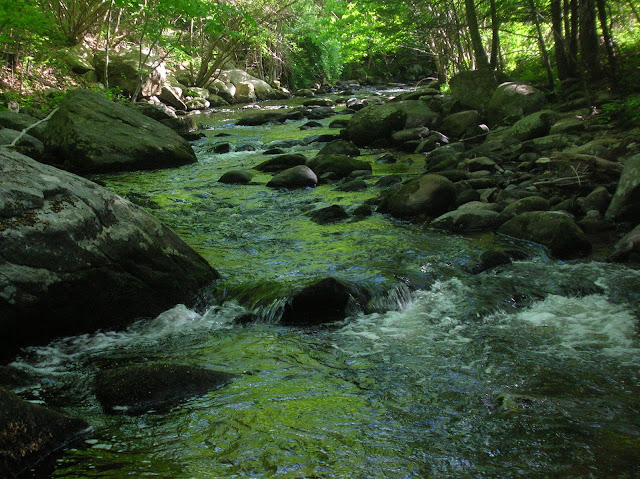 This is the stream we fished for the first time. A beautiful piece of water. It had everything a small stream could. Long boulder filled pockets. plunge pools, and those classic slow dry fly runs. 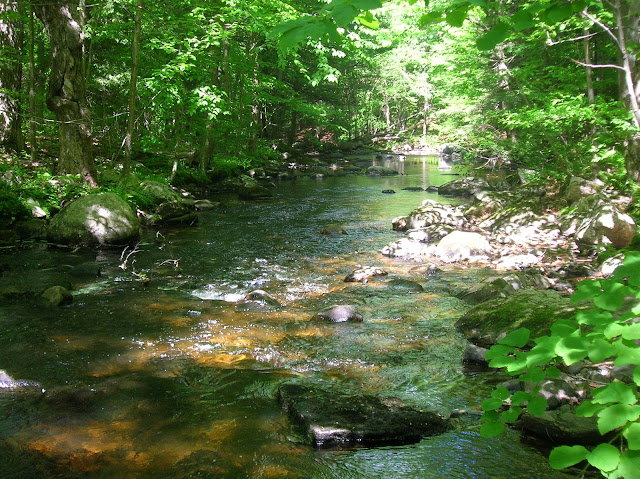 We fished this stream in late June I believe, but with a well shaded stream it was cool. 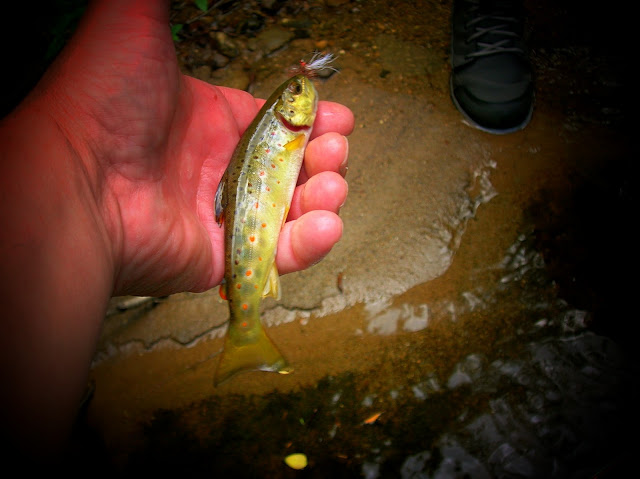 This is one of several wild browns that came to hand on this outing, taken on a "Bomber". 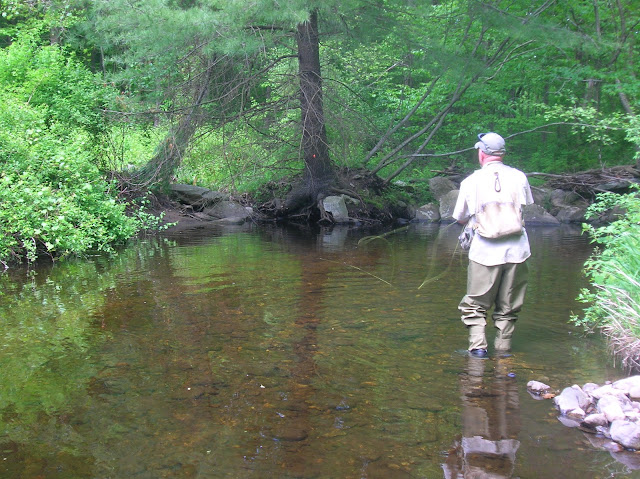 This is John, aka, Penfield Reef Rat, and Apache Trout. He is attempting to persuade a rising brown to take his offering. 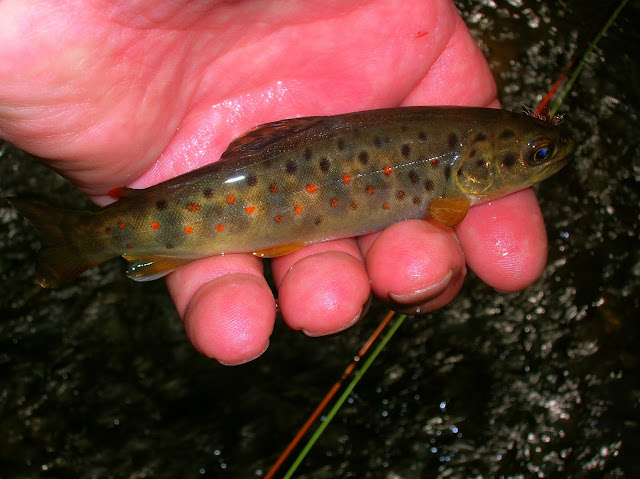 Another handsome wild brown, taken from a stream that is known to a few as the best wild brown stream in Connecticut. Thanks "John" for giving up your secret and allowing me to fish it.