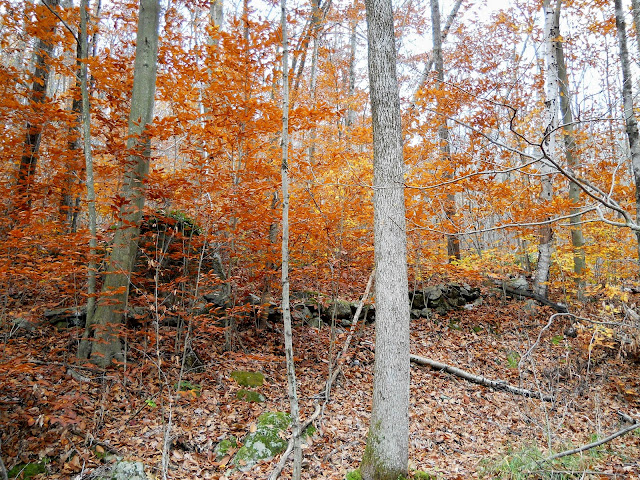 After doing my Sandy prep on Saturday I had a few hours to fish yesterday. The day was cloudy and spotty drizzle was here and there. Most of the leaves were down and the stream was choked with them in certain areas. But there were a few holdouts and that made for a pleasant view in contrast to the bleak gray of late October. 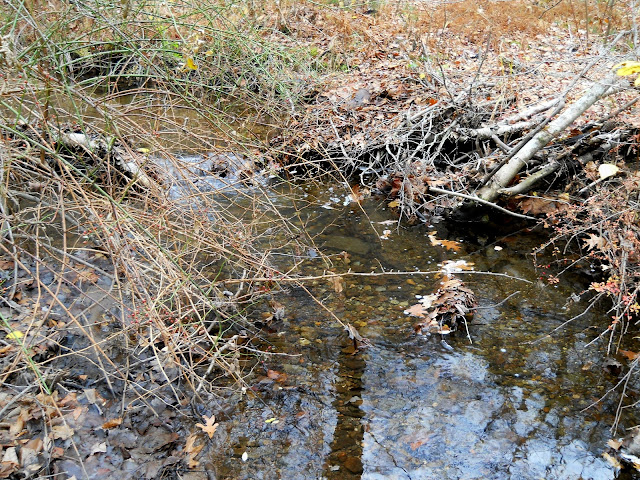 The stream was at its normal October levels, these will rise with the approaching storm. 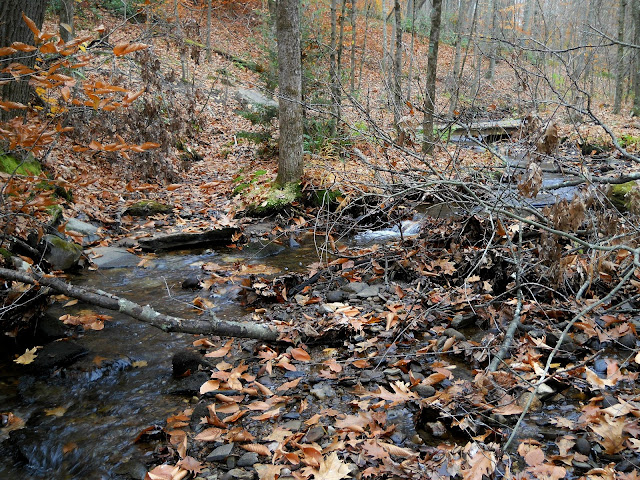 The first hookup of the day was a brown. This guy gave his best and managed to win the battle. The second trout was a surprise. 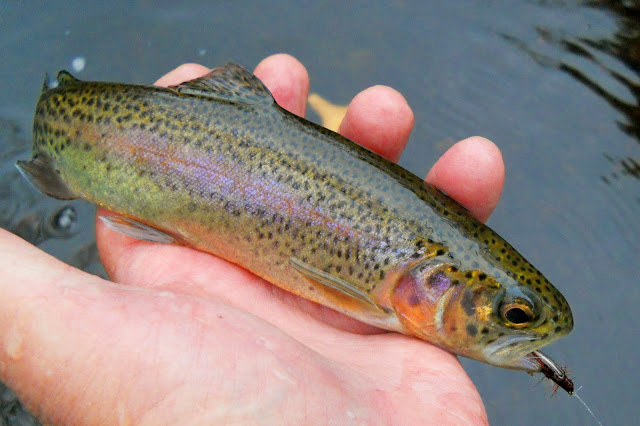 Although I have taken rainbows in this stream before, about one a year,  this one was somewhat different in that he was taken this far upstream. 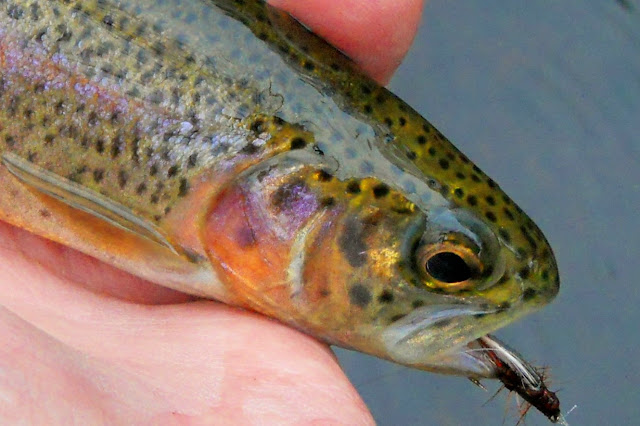 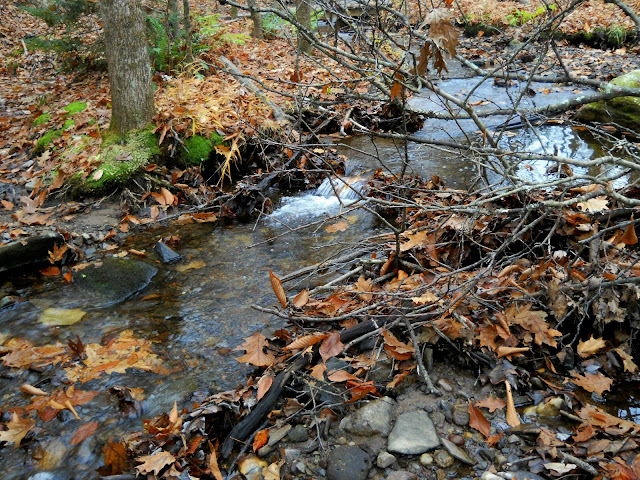 The stream was so clear. Beautiful wild trout habitat. 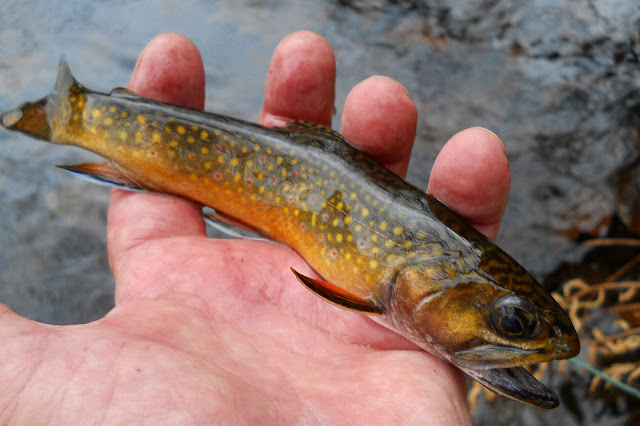 There were several of these wild jewels brought to hand. 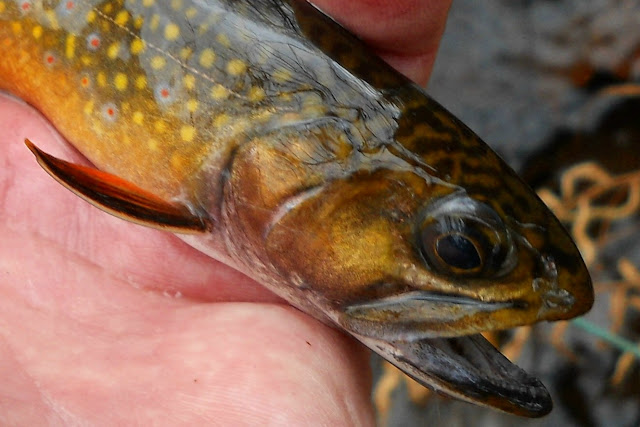 I believe that fishing will be put on hold for a spell. Lets hope all farewell through it.