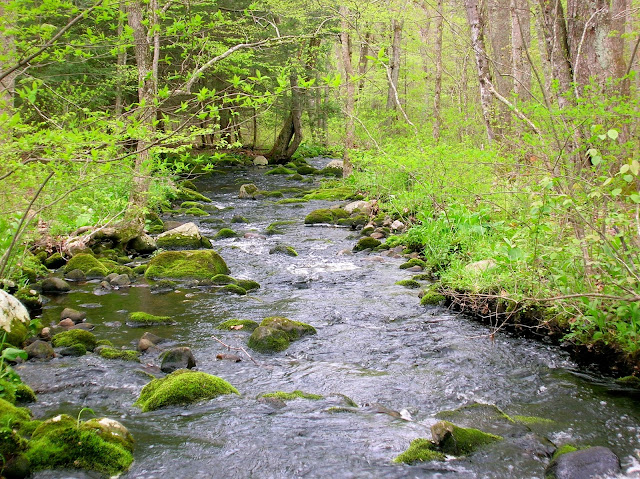 While fishing yesterday Mark and I had a few words about the colors of brook trout. He has fished for brookies in several northeast states, and so have I. We talked about the dark colored brook trout of the Adirondacks of New York, and he showed me a photo of one such brook trout, as well as the type of stream it was taken in. This type of black coloration is also found in several small wild brook trout streams I have fished in Connecticut. I have found that most of these streams have tea colored water. This is caused, so I have been told from the conifers which are prevalent in the streams watershed. 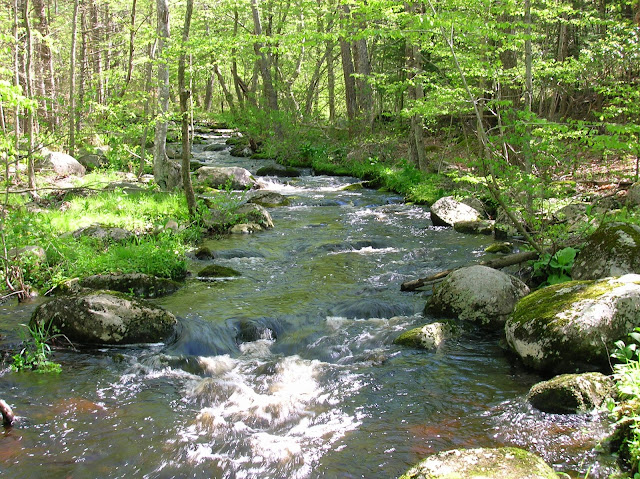 This is one of those streams. It's located in far northeast Connecticut. The stream has a healthy population of brook trout. It tends to run warm in the summer but that seems to be not a major problem for the trout, for numbers have been stable since I have been fishing the stream. 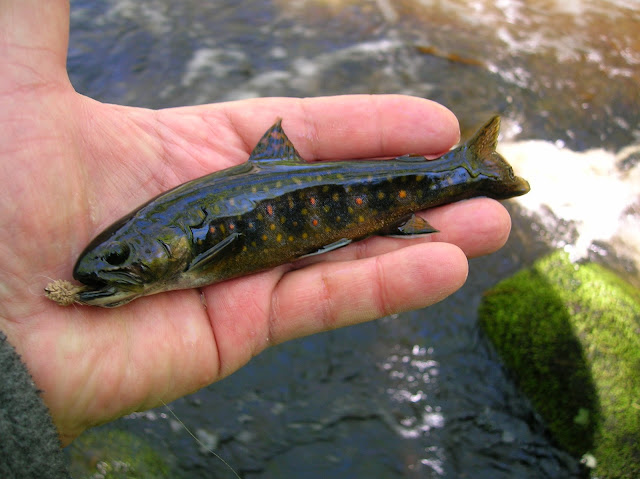 These are a few of the dark colored brook trout I have taken from mid April through June. 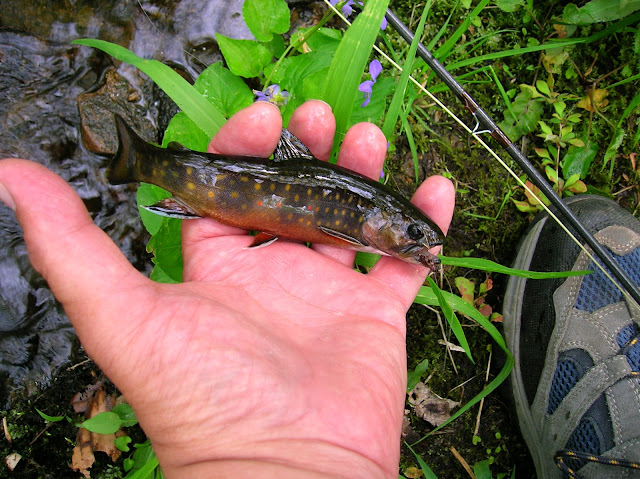 I have never fished this stream in Autumn, "and I don't know why", just to see if they exhibit the bright orange coloration of their flanks as their cousins. 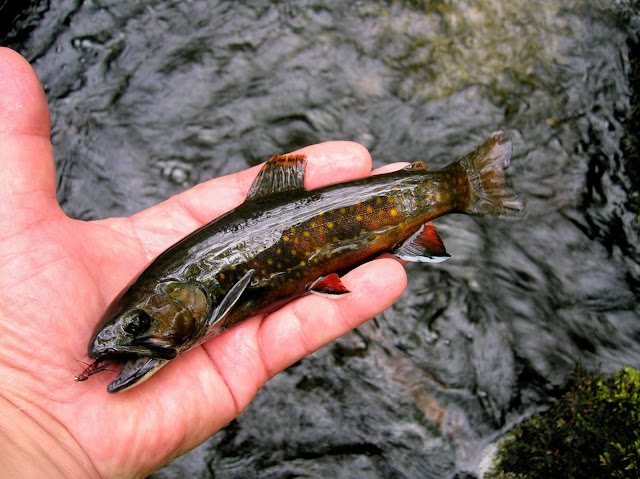 These guys showed a "strong" liking to a Red Picket Pin.