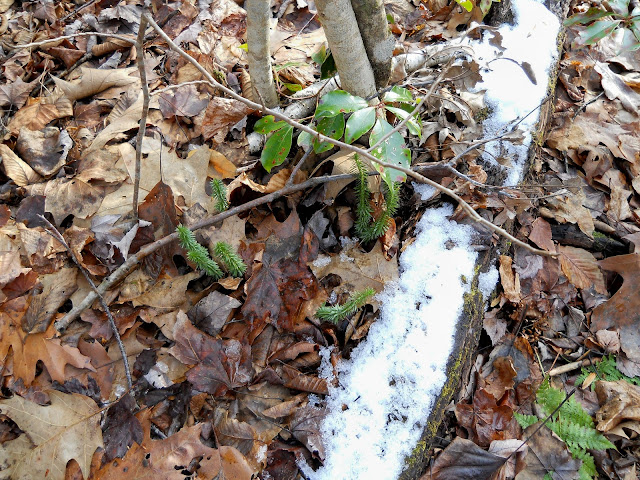 Although the calendar says it's late Autumn the woods and the streams say it's not. The trees have taken on that bleak steely gray color that the sunshine can't brighten. There are remnants of snow and that bite of cold that is always present. There are those wonderful spots of green that mix in and give the look of the season that is so close. 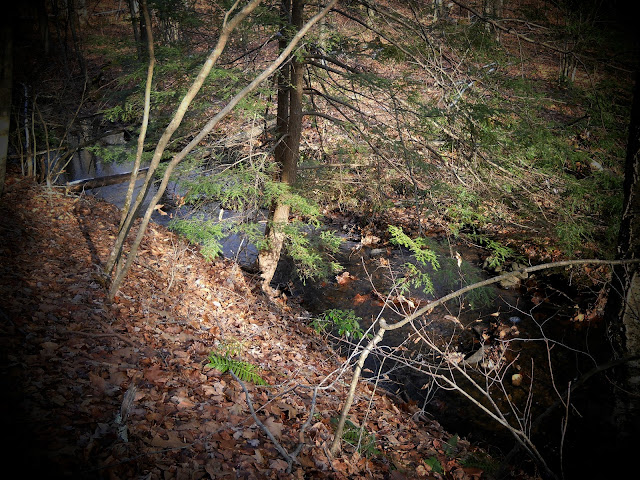 The hemlocks that are green all year seem to have a deeper color of green as the days get cold. The water is so clear that it seems to be absent. The temps of which were a cold 38 degrees. 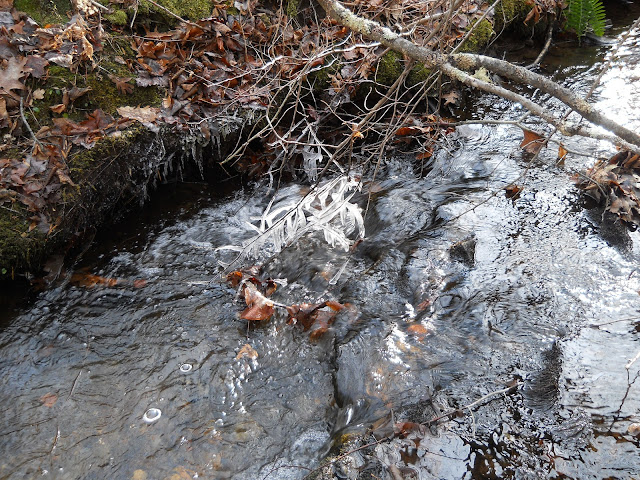 As the waters splashed on to the over hanging branches ice formed creating a scene worth the trip. We observed a few brook trout holding in the tails of the pools. At times they could be seen rising to tiny flies that were almost invisible. Kirk managed to bring a fish to the surface and take the fly. 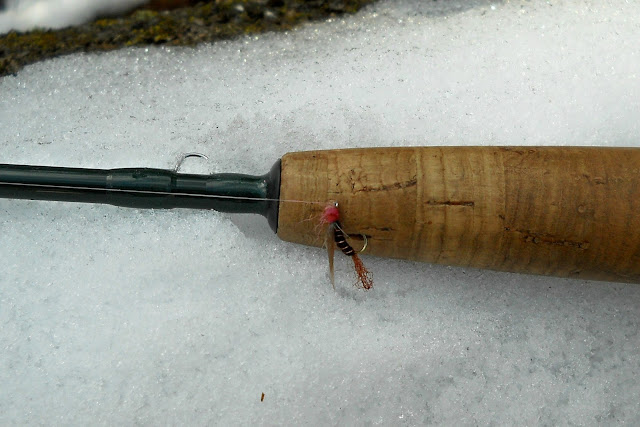 For me the surface flies as well as my go to fly the Picket Pin were not being accepted by the brookies. Reaching into the fly box I picked out this emerger that I had received in a fly swap. I tied it on and it was placed into the cold waters where it was taken. The fly worked so well this day. 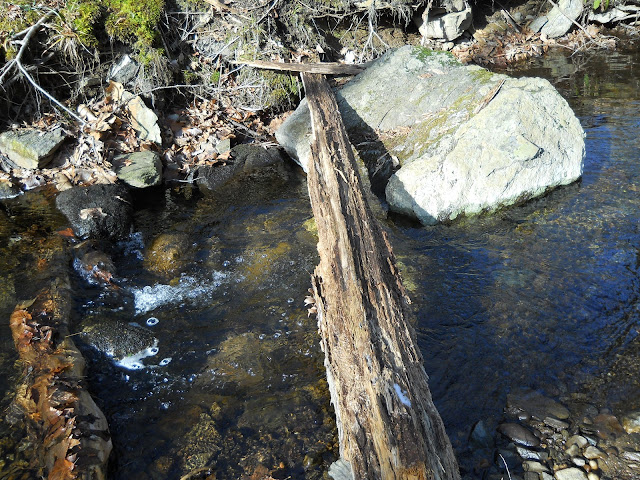 In a pool so clear that you could count the tiny pebbles, you would think you would see a trout if it was there. The emerger was cast, and a winter jewel was brought to hand. 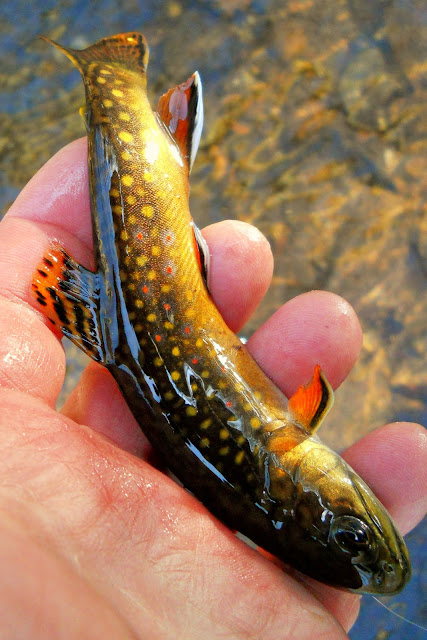