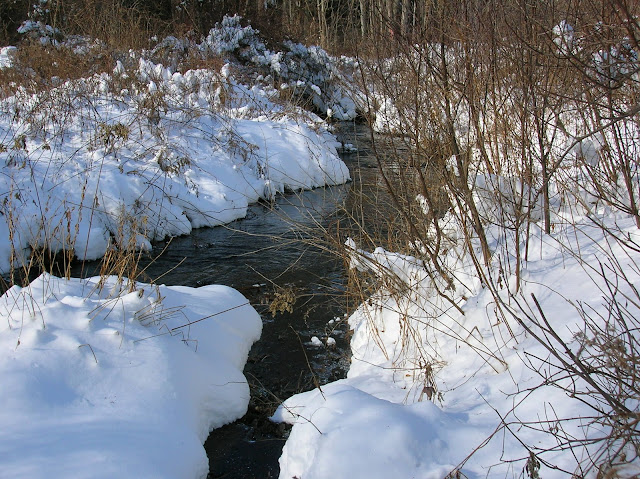 With only hours left in 2012 and of those few hours I had but maybe two to fish. So I decided to fish a stream I had not fished since perhaps May. I found a place where I could park, lots of snow in the way made that some what of an adventure. I grabbed the 2wt and started treking through the snow to the stream. The sun was shinning brightly and it felt good. The stream had a bright blue color to it as most streams do when it's cold.

As I stepped close to the stream, what I thought was hard ground turned out to leaves covered with snow. Soon I was calf deep in the stream and there was that sensation of cold wet water filling my boot. I pulled my foot out, stepped back on firm ground and continued to fish. The activity was very slow, most pools and runs brought one excuse me strike to the wet fly. By now my foot was feeling very cold and I knew my time here was limited. A few more pools and home I must head. 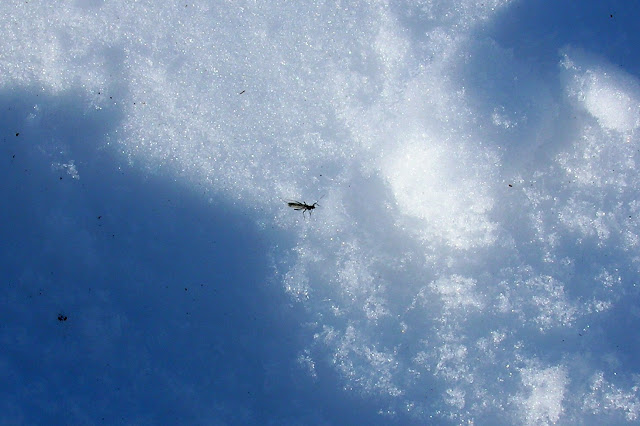 I had noticed a few of these guys on the snow, and even one on my ear. I never actually seen them coming of the water but they were there. 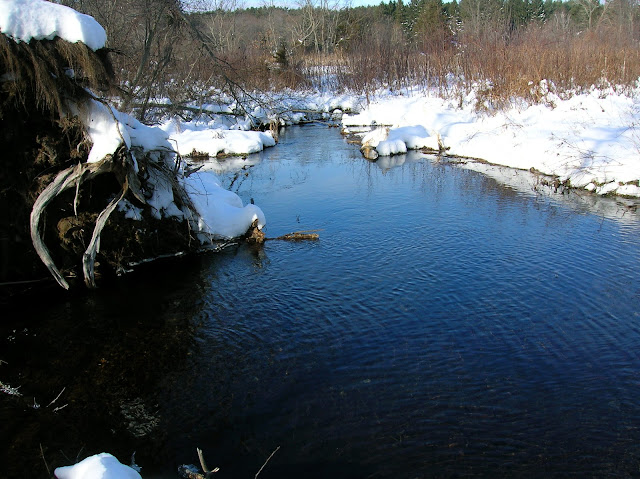 So I was about to tie on a black caddis, it was the closest I had to a stone fly. But the box with those was on the back seat of my car. So I tied on a tan one and sent it drifting into this pool. As the fly drifted to the right of the stick there was a rise. A few jumps and pulls later a brook trout lay at my hand. 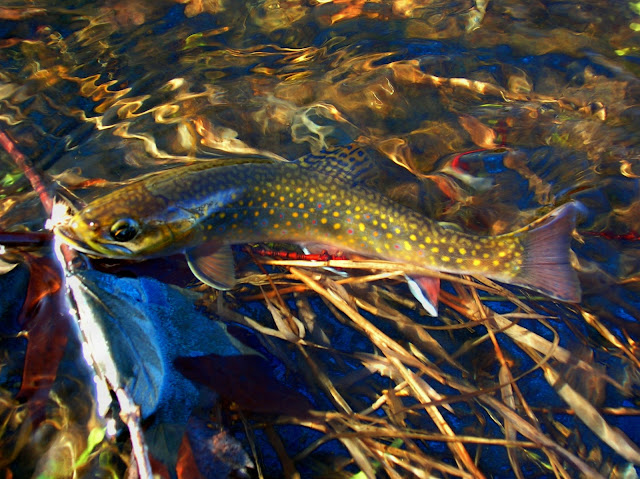 A couple of photos of this beautiful gentleman and off he went. 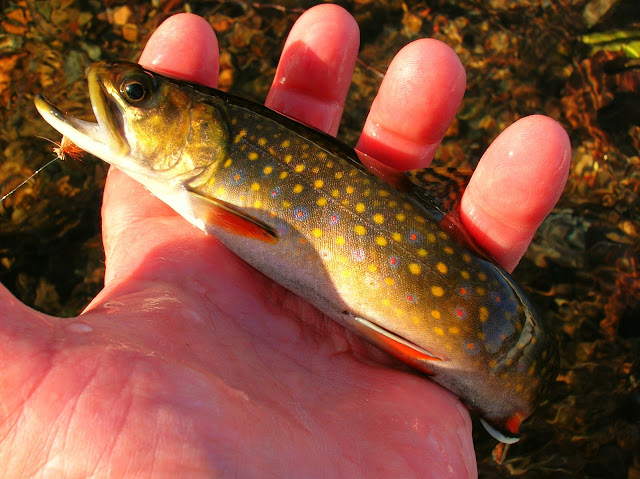 I was about finished at this point, the cold had taken control of my foot. Now as I walk through the snowy field back to my car a good feeling was there. I had taken a wild brook trout on a dry fly this last day of 2012. 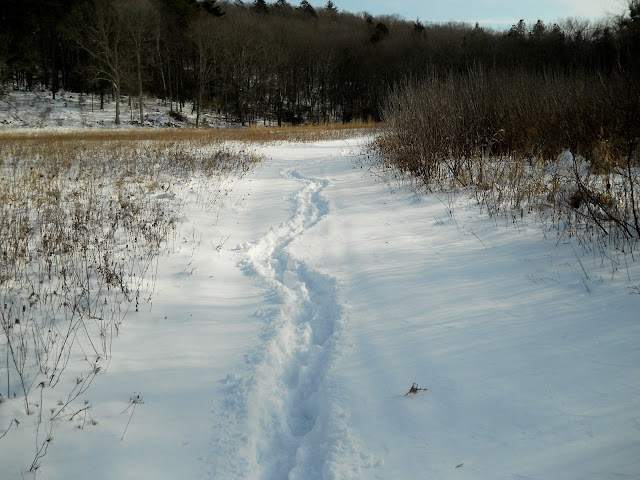