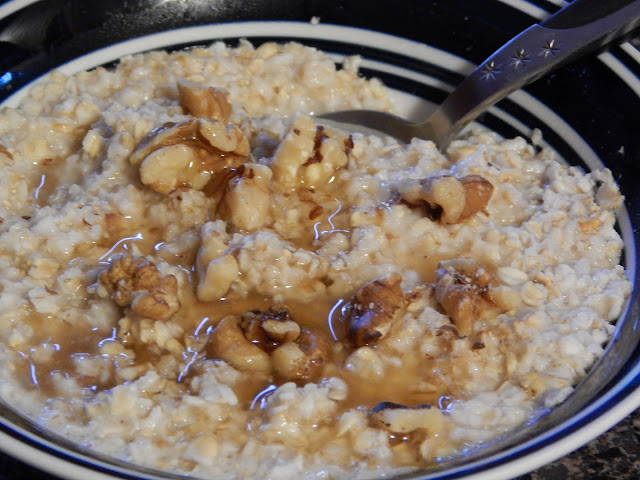 The day started with a hot bowl of oatmeal with walnuts and maple syrup. While eating it the decision was made to fish a small brook today as opposed to the Farmington river. The weather of late has been on the dry side with the only rain coming from thunderstorms so the condition of the stream was unknown.

Upon arriving I noticed the stream was in pretty good shape for late August. The flows were decent and the water temp was 64 degrees. The water was clear and visibility was long range. The saving grace was the gray overcast and the tree canopy. 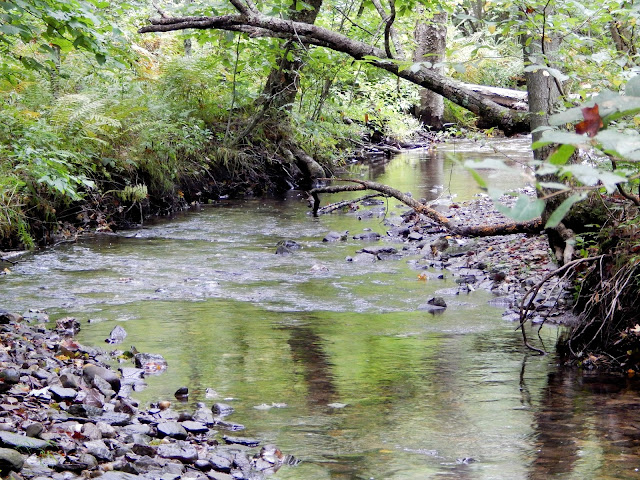 I began fishing a Bomber and pretty much stayed with it changing only once to a caddis pattern. It was in this long run along the bank that my first hookup came. 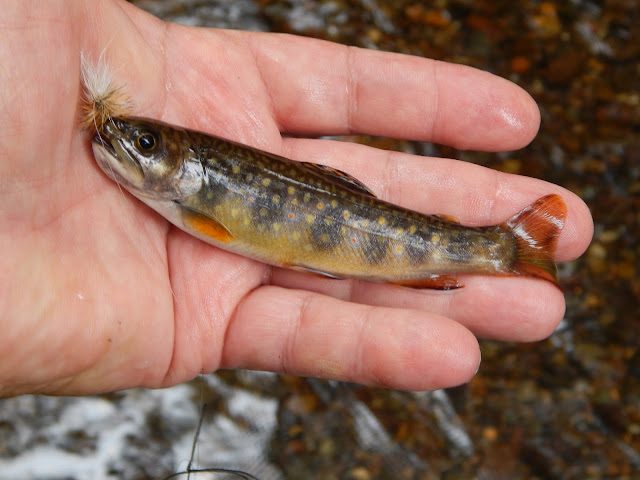 The little brookie was in good shape and a perfect match for the 2wt. 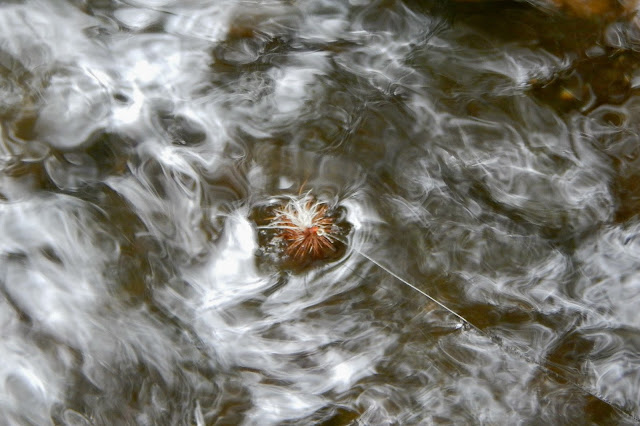 A Bomber on the water doing its work. An hour had past since my last response to the dry fly. I was of the mind that this might be a one fish day. 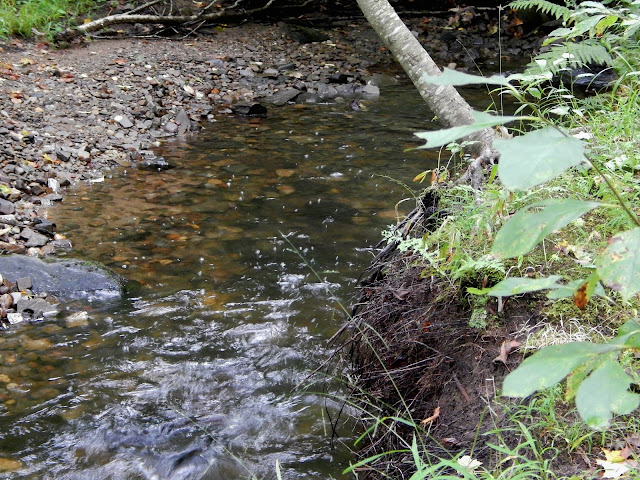 On my way back to the car I stopped to fish this deep run. On the way in I fished it and had no reply. On the third drift a fish rose and took the fly. At the very end of the run the stream breaks into some very large boulders, and that's where the fish headed. 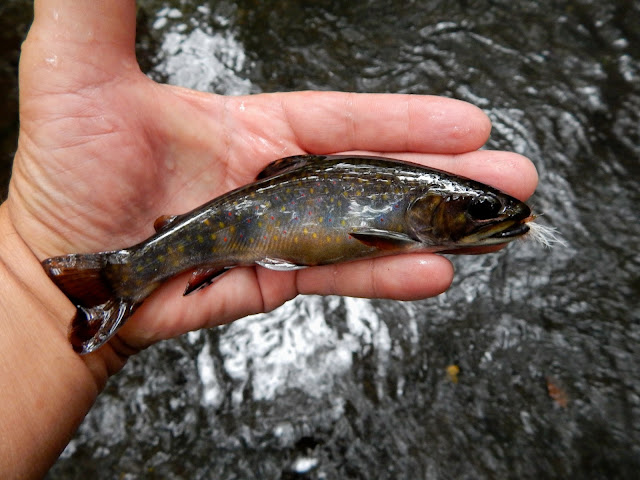 I was able to convince him to stay out of there and soon he was at hand. The brook trout was beautiful. Upon release I thought wow I'd like to hookup with this guy come October.