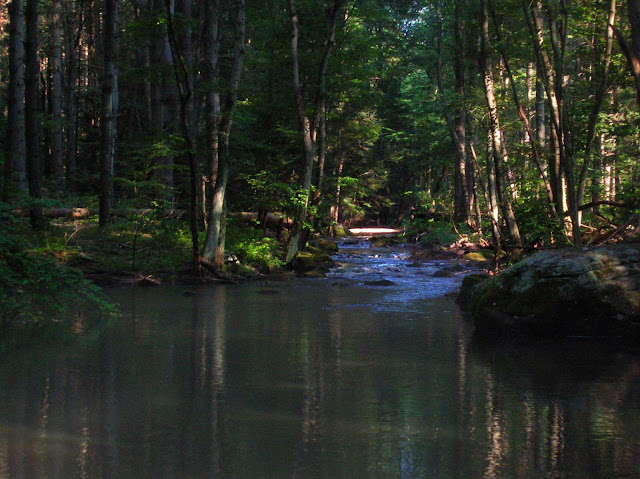 Yesterday was not supposed to be a fishing day, but the chance to do it came up and I took it. The outing was only for a couple of hours and those hours were very early. I was up at 4:30 and out the door at about 5. There was only time for one cup of coffee, and that was not a good thing. I knew I had to stop for one for the road so I did. Back on the road for the 45 minute drive to the stream.

Upon arrival at the stream I noticed the water a bit off color. I could not understand this because it had not rained. Oh well, geared up I moved upstream to a favorite pool. The water was almost brown. A bad day was expected. I placed my thermometer in the water and it read 58 degrees, quite cold. I tossed out a wet fly and began to work the pool. On what was my third or forth cast I had a solid strike as the fly rested after its swing. A few casts later came my first hookup which was short lived. 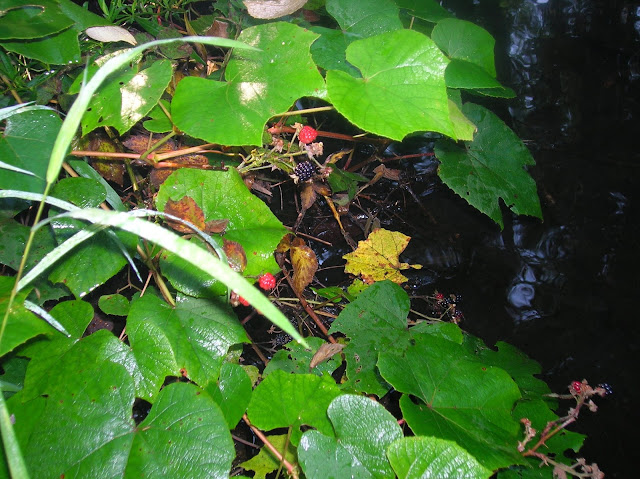 I saw several rises along the bank. There were no bugs anywhere. I soon determined that the trout were jumping out of the water for the blackberries that overhang. 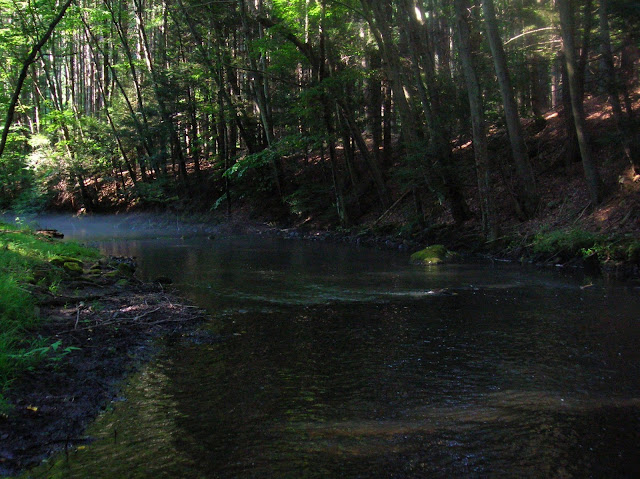 Dark stream, where the hemlocks grow. The riffles between pools held the trout. 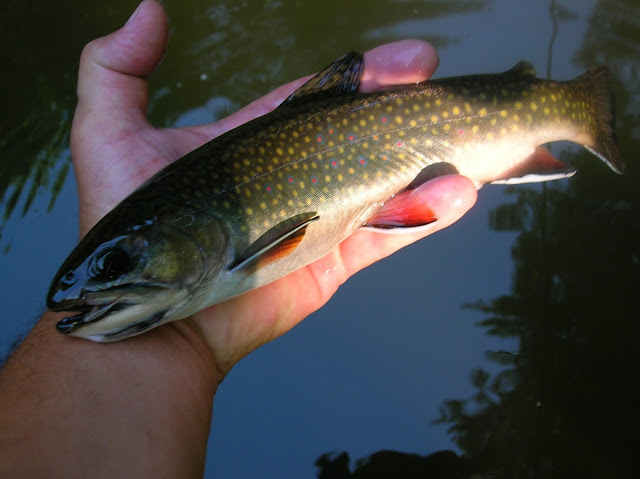 Several brook trout were taken in these riffles. A wet fly as well as the BA Caddis worked well.