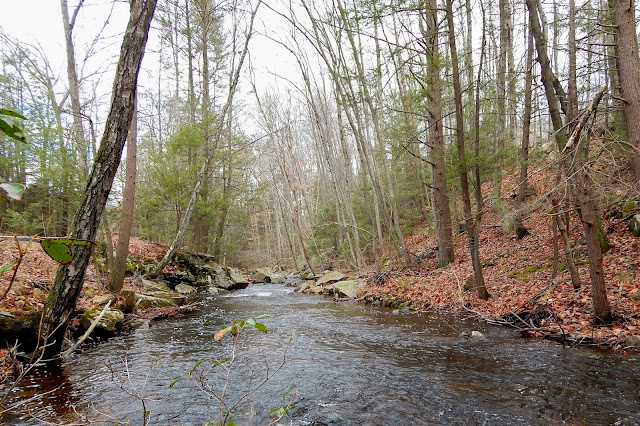 Christmas Eve day left me a small window of opportunity to fish. I chose a small stream not to far from home so I was able to get as much time in the woods as well as line time in the water as possible. This stream had not been fished by me since September, but the recent rains as well as the snow melt had brought the water levels up and moved fish around. I was happy to see that the clarity of the water was outstanding. Usually after a snow melt the color is less than ideal but that was not the case today.

I chose to fish pinkie and that fly did not let me down. The first brook trout hit it with all the power he had. Several others had me going pretty good. 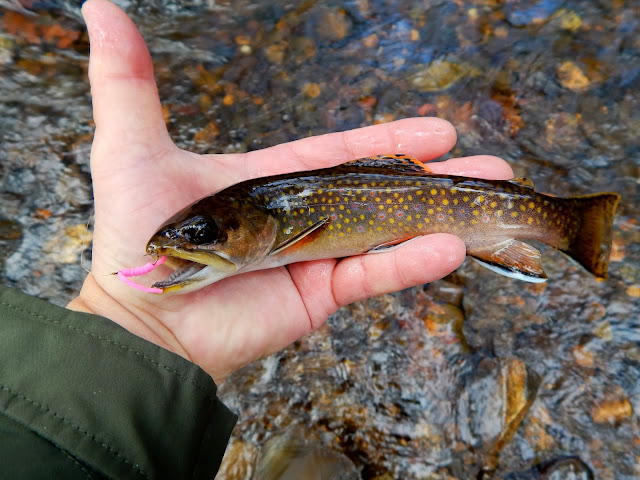 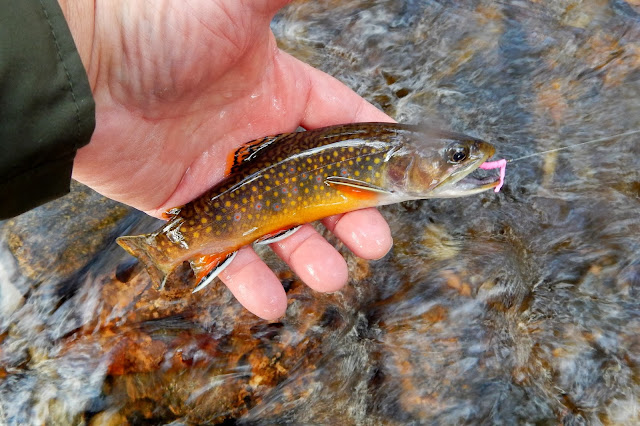 Several of these brook trout were in their spawning colors. 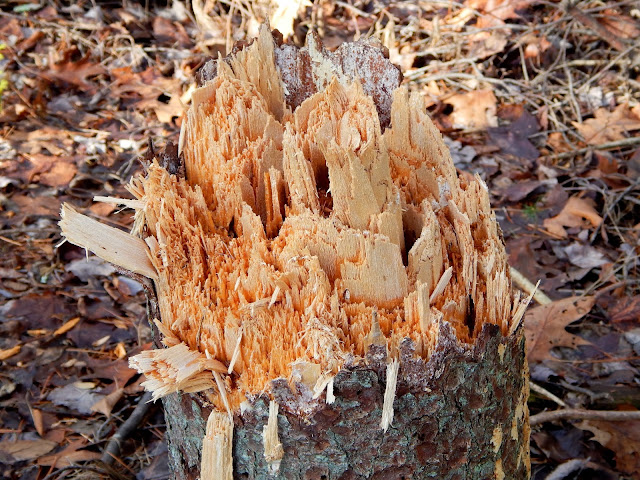 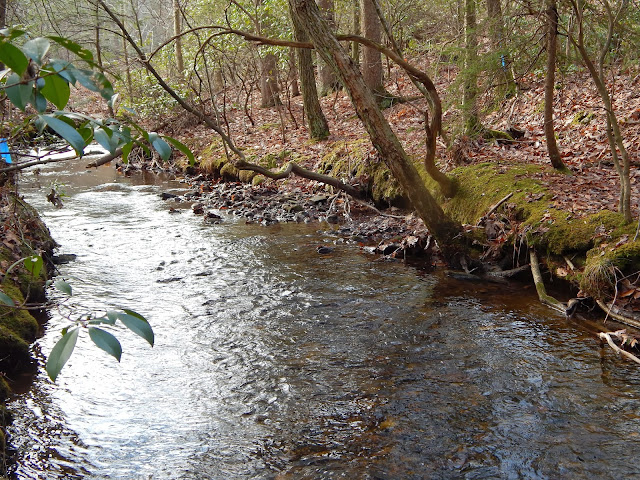 As I was fishing pinkie I noticed that many of the strikes were coming from some thin ares of the stream. The fish were taking the fly not on the drift but on the retrieve as the fly neared the surface. That gave me the thought to try a dry. I tied on a bomber and was greeted with a strike, a "real rise to the dry".

I had forgot to bring my Gink and could not dress the fly with floatant. Luckily the bomber floats well, but not forever. Looking into the fly box I found a caddis pattern that floats well and gave that a toss. 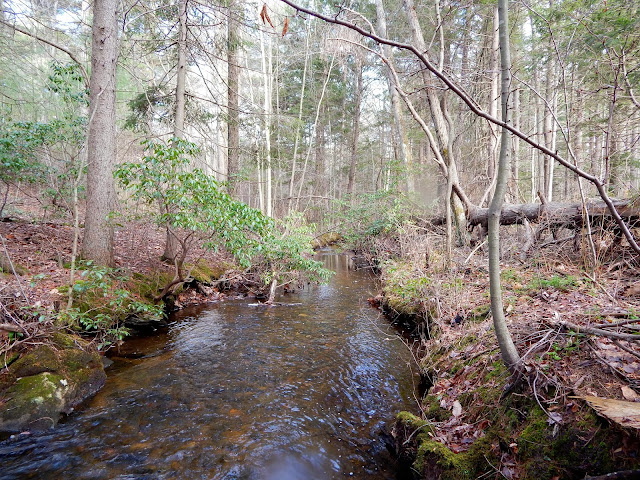 That caddis dry worked just as well as the bomber. In mid stream at the tail in 6 inches of clear water.

Those few hours flew buy so quickly, the time to leave was upon me. 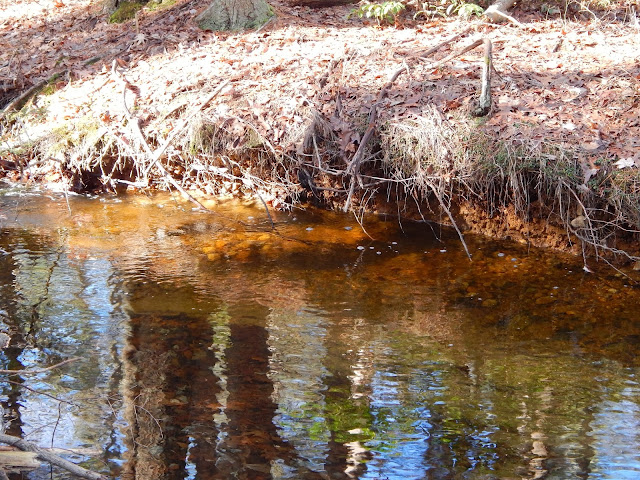