Friday was the start of a warm up along the northeast. The temps were expected to go into the forties with sunshine and almost no wind. So fishing was going to be a priority on such a day and so it was. I was going to meet up with Kurt and Mark to fish a small stream that flows through a beautiful tract of land. We got there about 9:30 and proceeded through the snow to reach the stream. As we reached the stream we saw what was a true winter wonderland. Nature was here in grand style. The only thing was the stream was pretty much unfishable. The slower runs that held trout were almost completely ice covered, but we were here to fish and that we did. 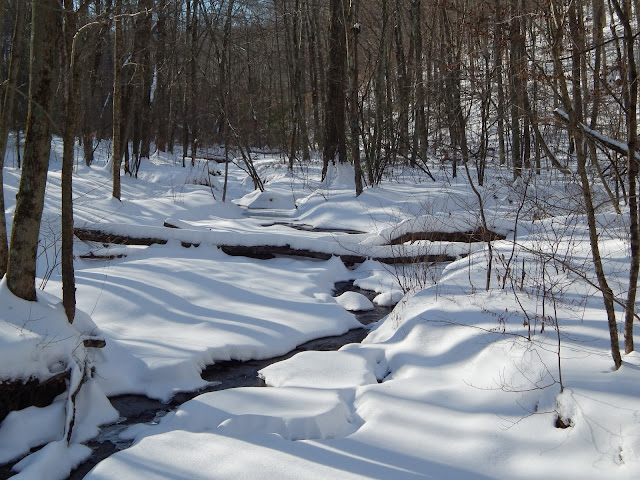 Mossy Pool which gives up some nice brook trout was pretty much frozen over. I was able to drift a fly just under the shelf ice and promptly drew a strike. At one point I actually had a hookup but the brookie said a quick good bye. After an hour or so of "ice" fishing we decided to try another section that we hoped had a better flow. We walked back out and drove to get some coffee and some needed energy..."peanut butter crackers", "Fig Newtons", and those dark delights "frosted chocolate mini donuts". After the 15 minute energy break we headed for the other section of this wonderful stream. 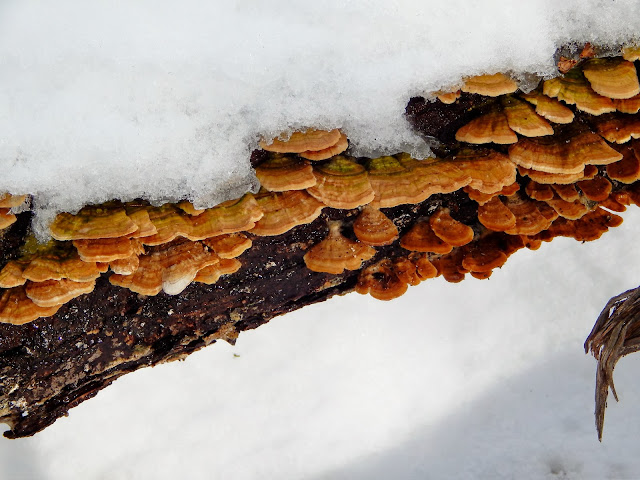 Walking along and fishing one need only look around to see some of the natural world in it's incredible winter show. 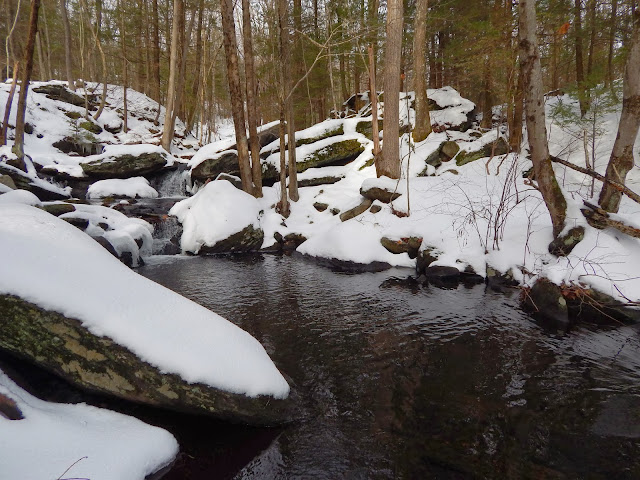 I came to this beautiful pool. It had a nice flow, with a small water fall at the head. The water was deep and dark, and I knew if there were trout in this stream then this would be the place to find one. So the prospecting began. The first cast produced nothing, nor did the second or third, but on the forth cast nearer the head of the pool the fish struck. He could not head upstream so he went down and right to the place I was standing. A second or two later I placed my hand under a handsome wild brown. The fish was beautifully colored and spotted. A quick pic and back he went. 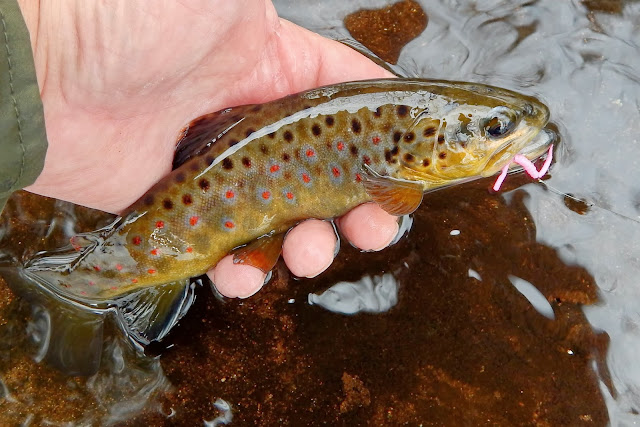 I changed to a dry fly and continued to fish the pool. The fly was not touched. I went back to the wet and several cast later another brown hit and was soon at hand. 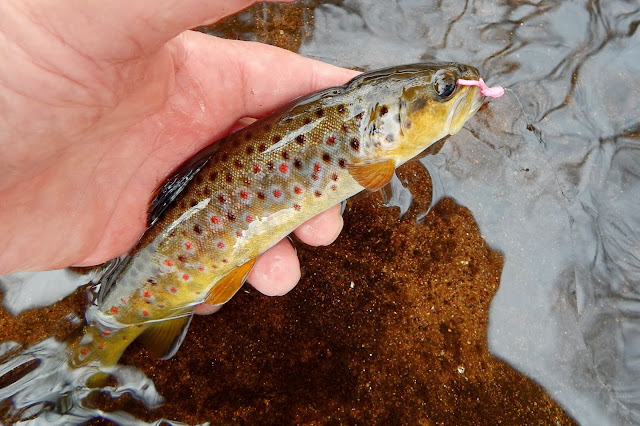 The second brown from that dark pool. 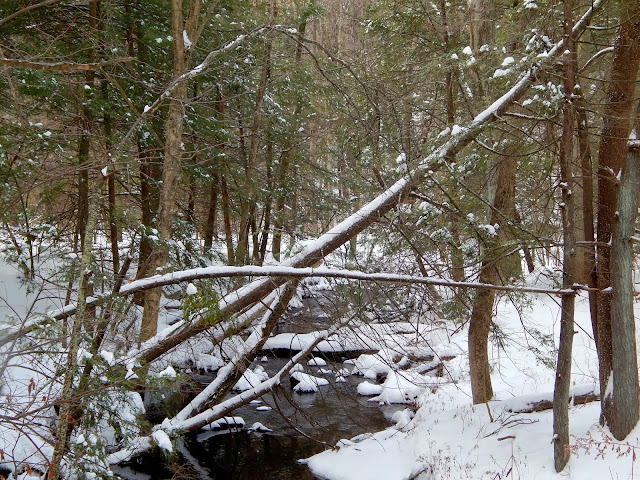 Walking out at the end of the day a feeling of satisfaction was with me, in more ways than one.