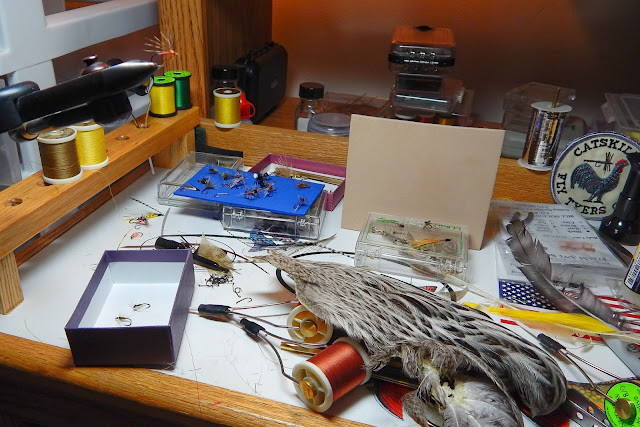 Those soft-hackles again. I have compiled many of the flies I've created and I'm putting them in order. This is being done mostly for my use so I have an idea what's going on instead of boxes of flies without any idea of what they are. I'm going to name the patterns by numbers, rather than giving them a fancy name. The numbers assigned to them are not according to how productive they are they're just numbers.

Most of these flies are simple and I'm confident on their fish taking abilities. This will be shown over the months to come. Each fly will have it's materials listed for those of you who would like to tie some and give them a try.