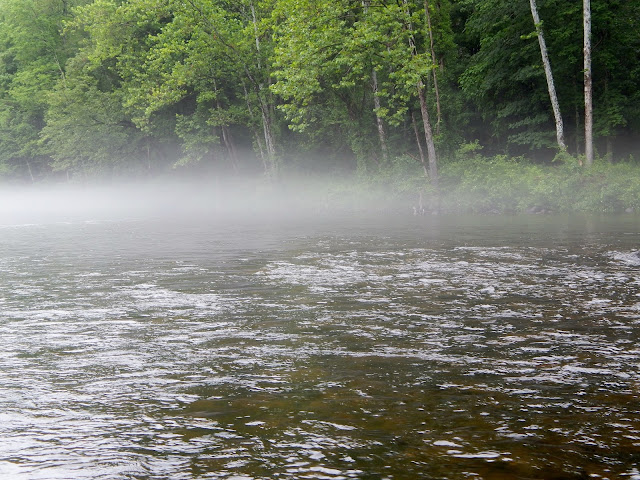 This morning was one of those typical July days. The sun was just filtering through the trees and casting light upon the river. The air was humid and the water cold, that brought waves of fog drifting down. These waves also brought a funky chill that was not a good feel to the skin. As I walked out to where I was to make my first cast I scanned the surface for a feeding fish. There were none dining on the surface so a soft hackle was the first fly of the day. I was to cast many many times the wet flies and had only a few bumps to show for it.

Well nothing taking below, then why not try on top. I was armed with several new dry flies that I wanted to try so what the heck go for it. An hour later and all I had was many looks at how the flies floated but not a fish. 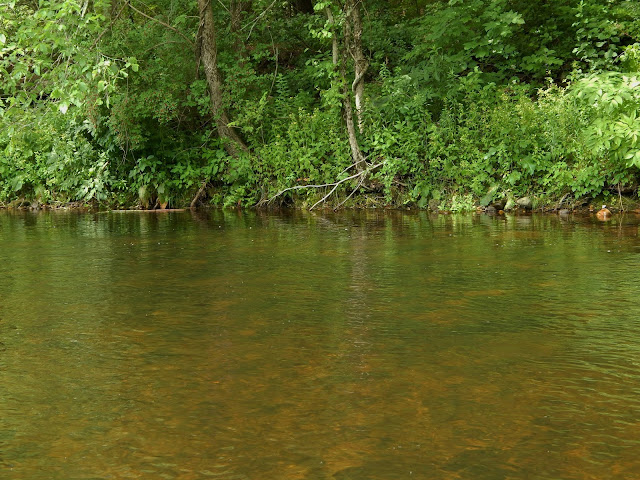 It's hard to believe that a river full of fish and an angler can spend a couple of hours casting and not have a fish to show for his efforts. Plan X went into effect and when the big caddis floated near the bank the water moved and moved a lot. The fish rolled on the surface in an attempt to grab the fly and missed. Right here a little frustration set in, and soon it was brushed aside. 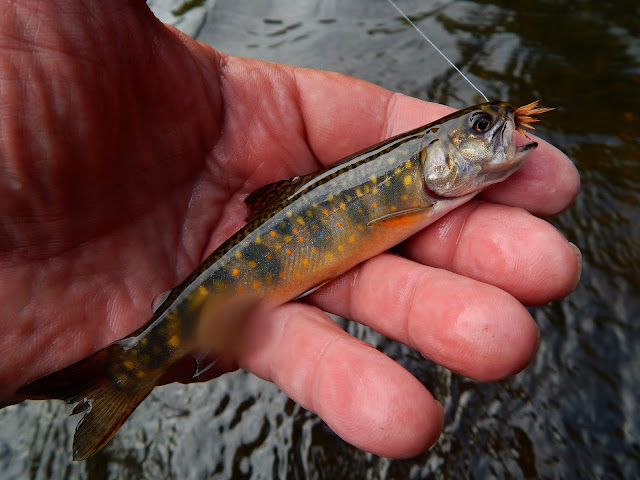 I continued moving upstream and casting... a subtle rise and a solid hookup. My first of the day. A wild little brookie. 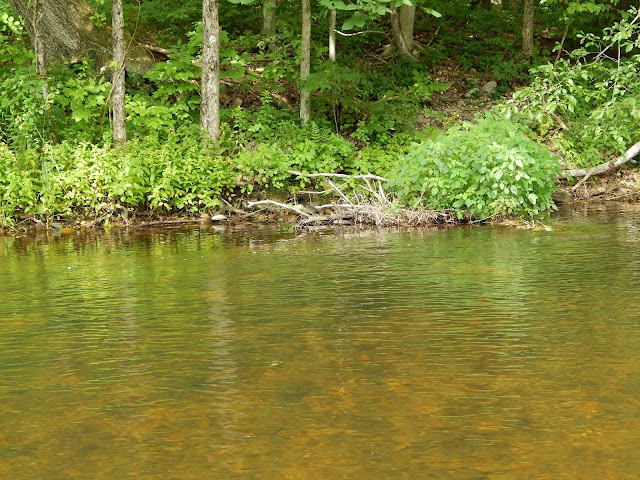 Moving still further upstream I came upon this...a big clump of underwater wood...a nice flow of current...and a deep channel. I floated the fly a couple of times and the fish rose. I pulled back but felt nothing...then something the trout was on. A brief struggle and I could see the brown starting to tire...not to be, a quick run and off he was.
I continued to fish for some time without any success. The morning was beautiful and the river so relaxing...who needs fish? I was set to call it a day when I walked by the spot where I hooked the brown. Why not a few more casts. On one of those casts the fish rose in a big boil and grabbed the fly. He bent that rod so much I knew I had a good fish on. Strong runs and holding deep. I turned the fish and it ran upstream right at me, and that's when I saw him. A brook trout of substantial size. Be cool Alan. The glass rod and my ability to keep cool finally subdued the trout.... 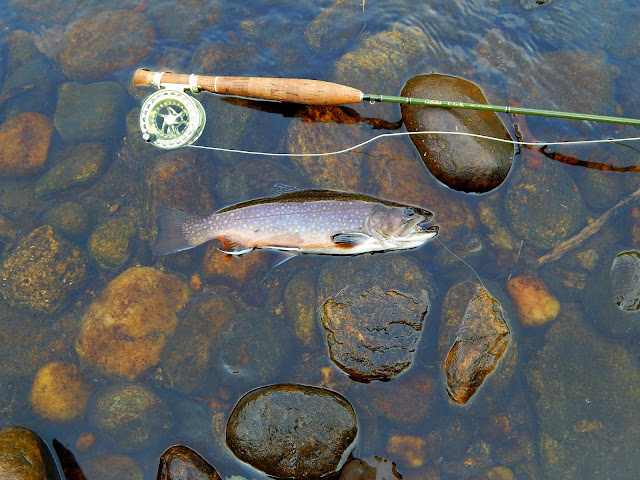 I was amazed at the size and beauty of this brook trout. It probably ranks as one of my best Farmy brook trout. He had a nice hook-jaw and will be something to behold come October.
As I reached into the water to release him he just shot upstream. The hook had come free and he was gone. 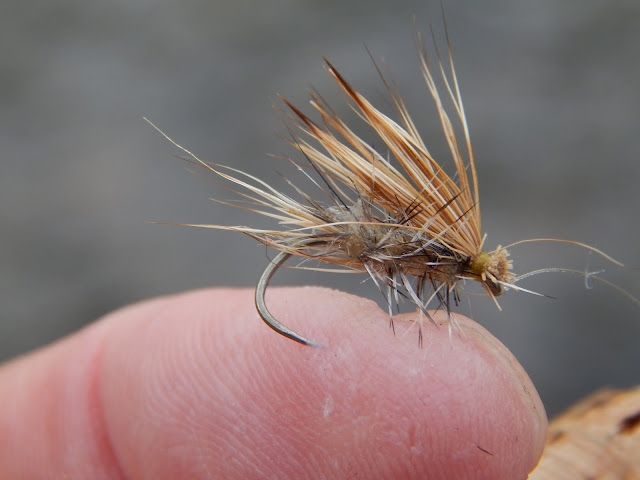 Look at the hook on that fly...strong fish. I walked up the bank headed to my car. Pausing for a moment to say thank you.