The sport of fly fishing is so rich in history that a mans time on earth won't allow him to even scratch the surface. I'm a person who loves history and I started digging a few weeks back into the history of the Neversink Skater. The skater was created by Edward Hewett in the Catskill Mountains of New York. The fly was tied to imitate butterflies which the brook trout would jump for. Some of the fish would clear the water for such a meal. The skater was tied on a 16 hook with oversize hackle. When I look at one it appeared to be a dandelion puff. I paid a visit to the Catskills to get some first hand information on Hewett's Skaters. I found someone who enlightened me and now I have a place to start. Well Hewett's skater led me to the limestone stream Letort in Pennsylvania. There was a fly tyer and angler by the name of Ed Shenk who also tied a variant of Hewett's skater, I believe he called it a spider. Shenk's spiders are responsible for taking some big browns, including an impressive one in Argentina. So armed with that knowledge and the Neversink history I tied up some of my own. 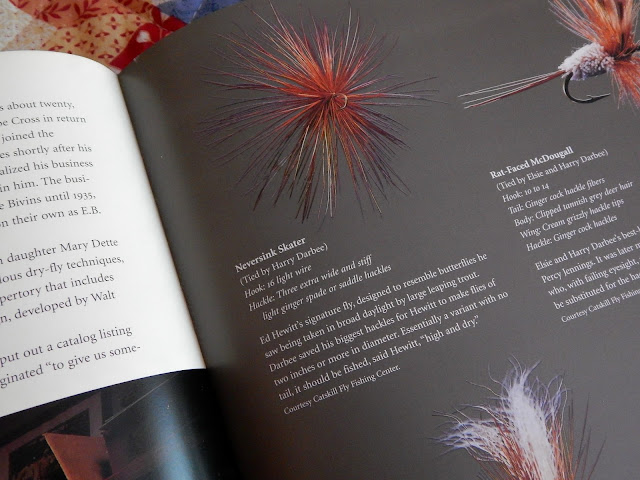 This is a Neversink Skater as tied by Harry Darbee according to Hewett's recipe. 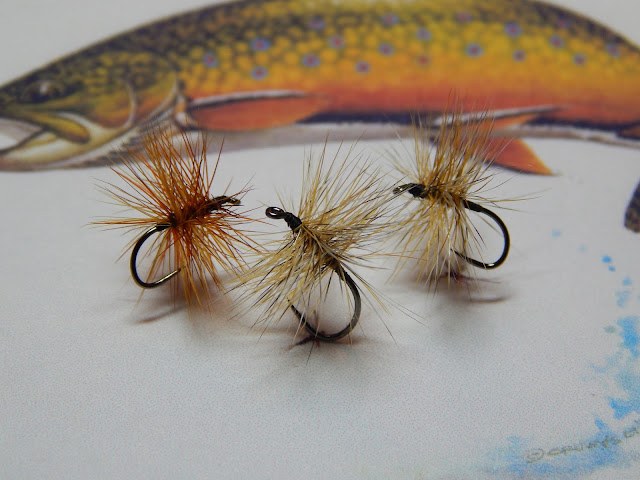 Here are three of my "Skaters" the problem I had is the hackle is sized for number 12 flies. 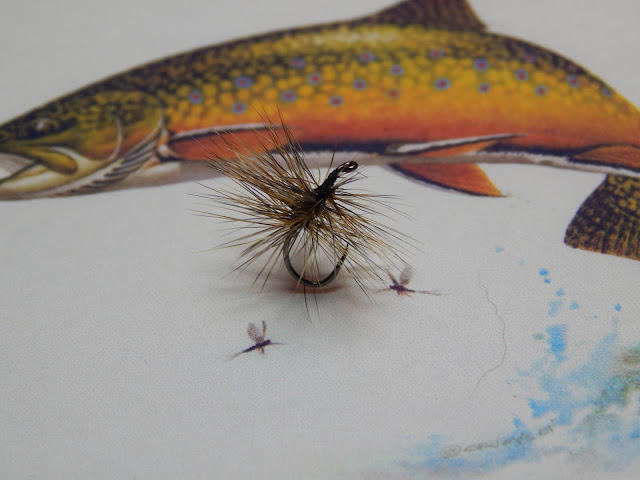 I have since acquired some much larger hackle. This fly is tied with that hackle. A note, Ed Shenk suggested putting a tiny bit head cement on the hackle to make it stiff and skate across a pool much better. 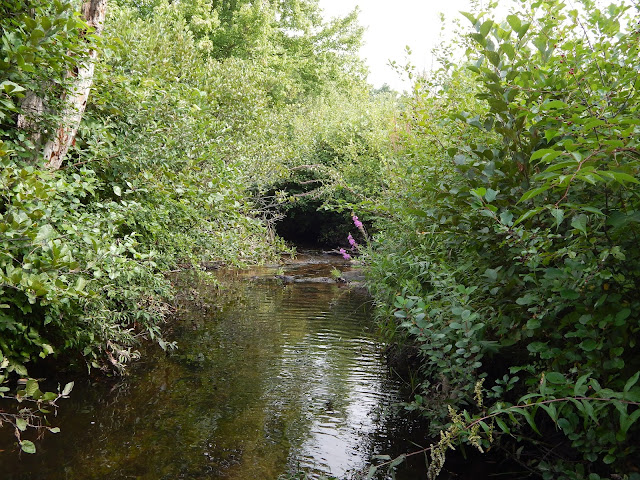 The day I tried my skaters on a small stream the flies worked well with out the added cement. One particular brook trout shot clear out of the water and grabbed the fly on the way down, that's the honest truth. 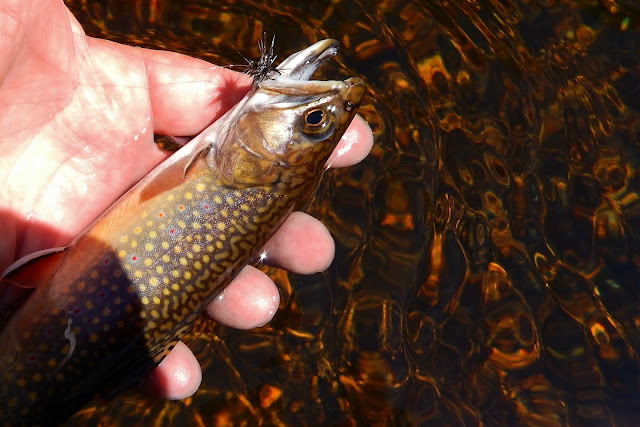 Here are a few brook trout that found the skaters to be irresistible. 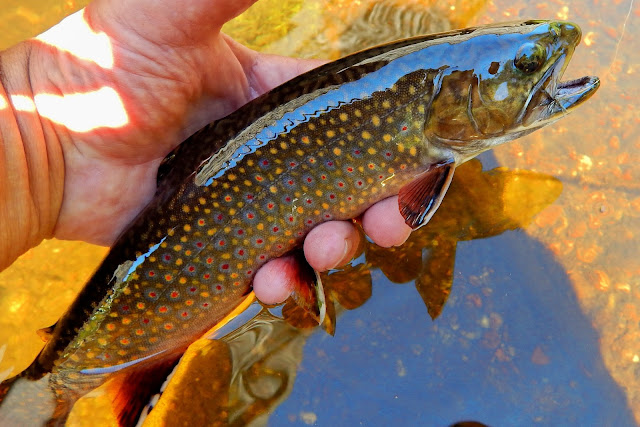 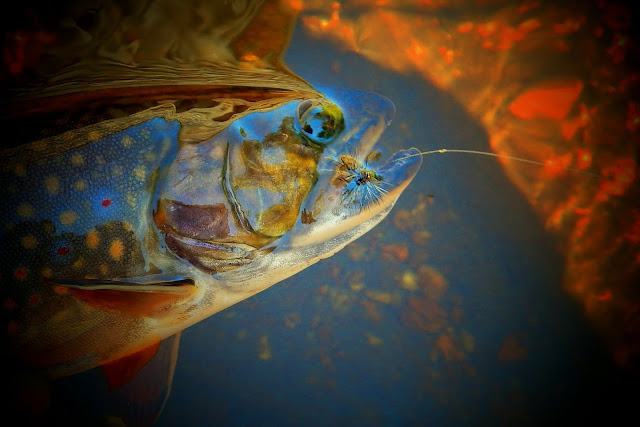 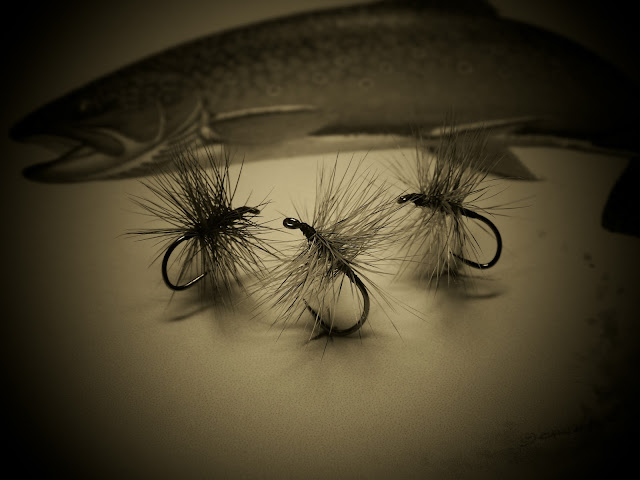 I'm going to continue to fish this fly but will also add various color hackle.