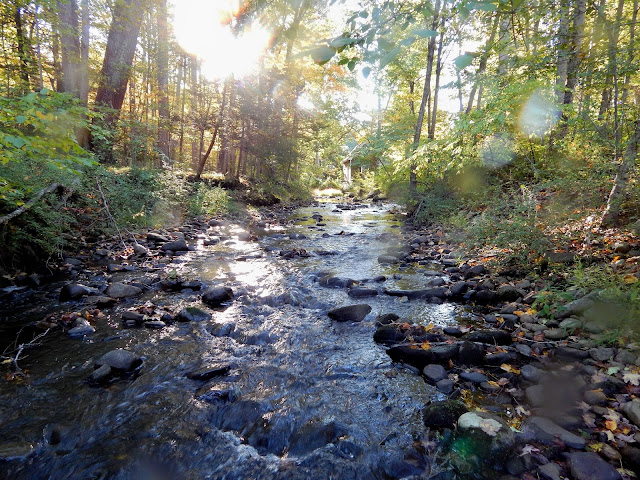 Monday I was out doing what I love most, walking a small stream in the sunrise. The true object of the day was to see how the rain we received over the weekend had or had not filled the streams. Walking to the brook from the parking area I could hear water moving and that was indeed a good sign. When I came to the edge of the wood line where it meets the stream I was greeted to what you see in this first photo. At this point I could have left and my day would have been a success. A stream in the sunlight on a crisp early morning can be such a joy, one that is hard to put in words. I remained here for some time before I cast a fly, a solid memory of this year.

I moved down stream and made my first cast....there was a hookup, but it was a leaf. It was beautifully colored much like the brook trout. 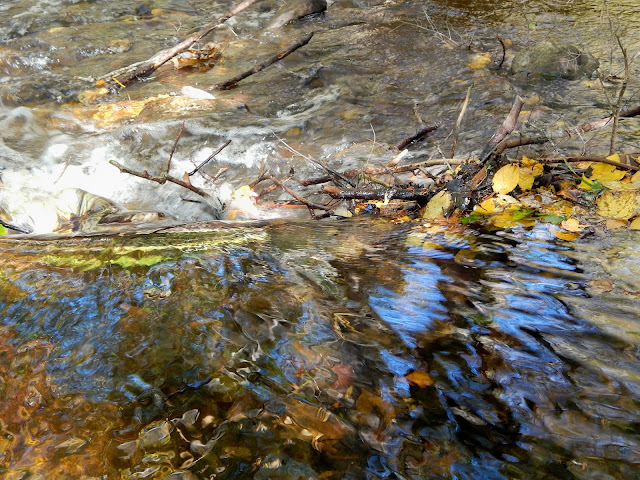 As I walked along I spooked several brookies who were lying in the tail outs of the pools. I would cast and once I even had a trout take. 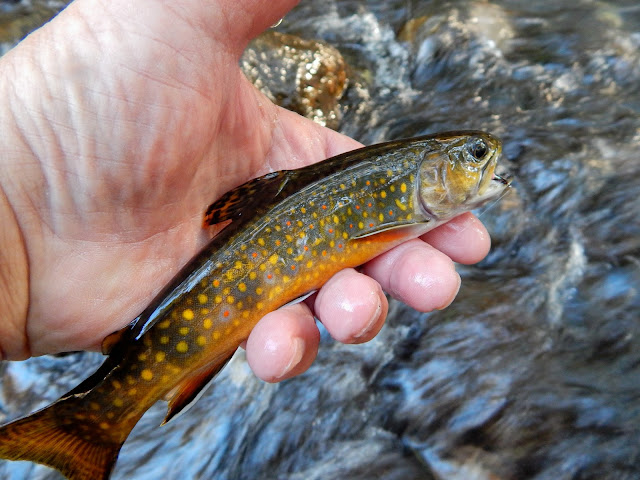 The day ended with several nice brook trout to hand along with a clear thought in my head.