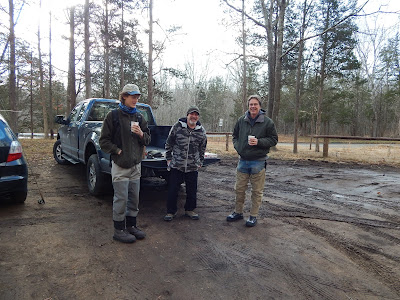 Yesterday was our annual New Years Day Meet. A group of us got together to bring in the new year with some angling, food, conversation and perhaps a fish or two. The morning started with coffee and donuts, thanks John and Kirk, and a plan as to how we were going to fish the morning. The weather could not have been better this first day of the year with clear skies and temps at 40.

The plan was Kirk and I headed downstream and John and Rowan headed upstream. Mark and Pete were to arrive a bit later. 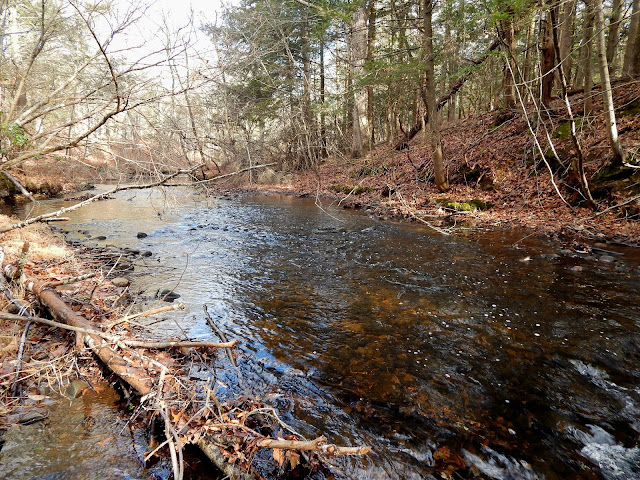 The stream was absolutely perfect. Great water flows and clarity beyond belief. 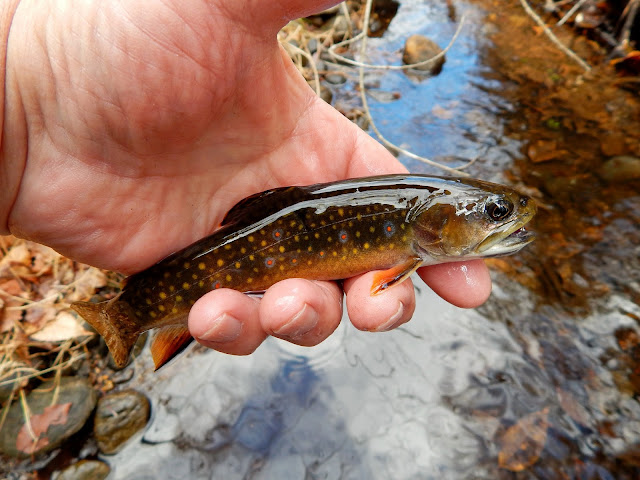 I would love to say I got my first trout of the New Year on my first cast but it actually took quite awhile. Not that I was idle, there were several hookups and a fallfish before I was able to bring a brookie to hand. 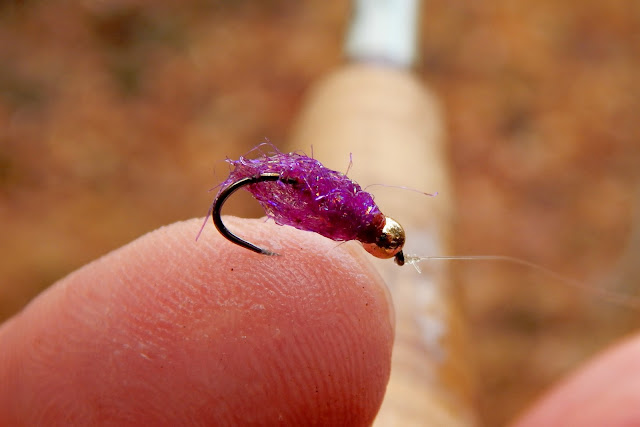 For a good period of time this is the fly that was working....a purple caddis? 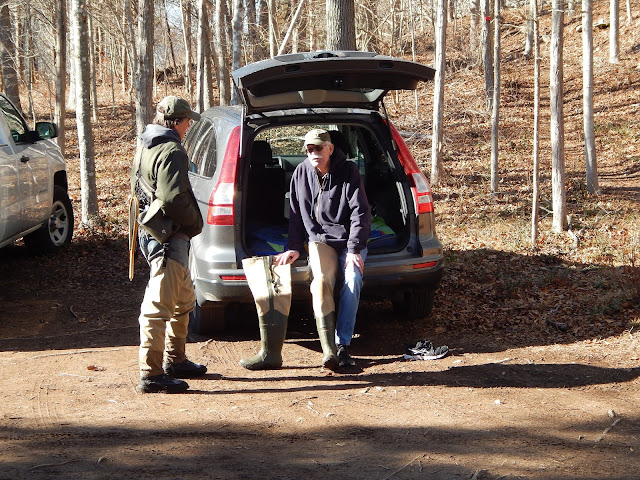 Along about 1 we headed back to the parking area, where the chicken soup was heating up, Mark and his wife make a great soup. Did I ever tell you the story of why soup is so satisfying...I'll save that for another post. 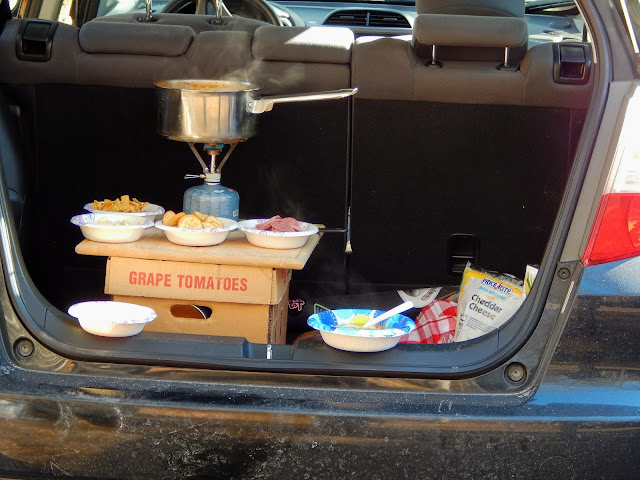 Some chili and other snacks were offered an soon we were ready for the afternoon shift. 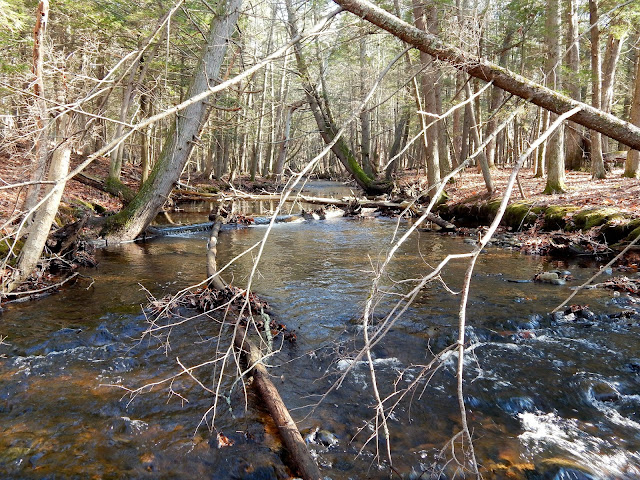 Just being here lifts ones spirit. You would not believe what this stream looked like in August and September. 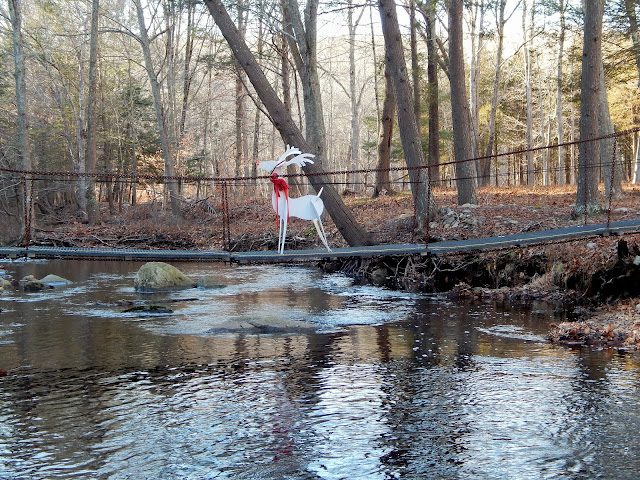 I finally got to meet Rudolf, he was in an odd place though. He did bring me a bit of luck though. In the pool slightly upstream from him I connected with my best fish of the day, and year. 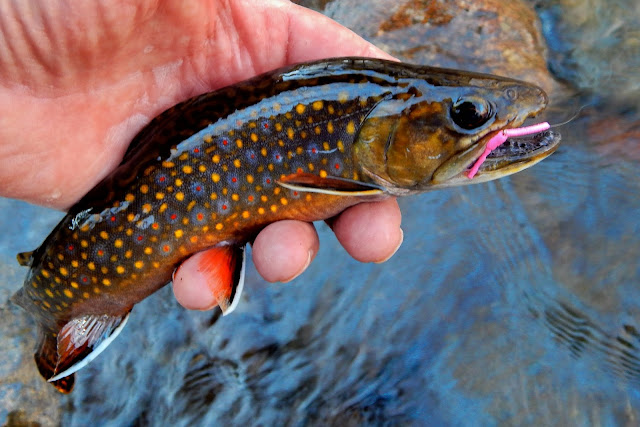 A Connecticut native. The blue halos were striking, along with the dark coloration of this buck. A hook to the jaw and a gorgeous black mouth, with an attitude that really bent the 4 foot glass rod.