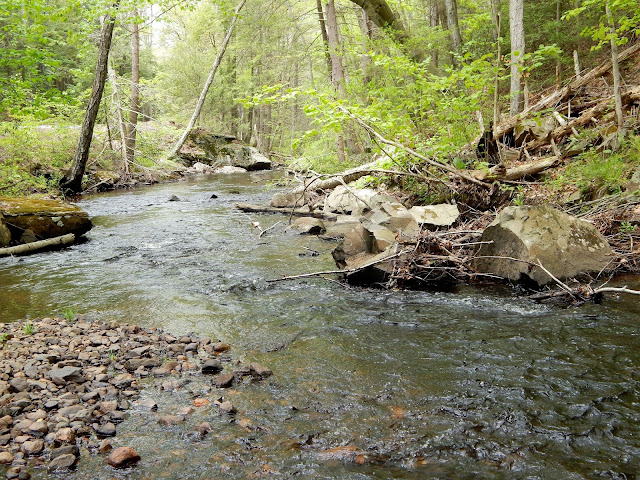 I had a few hours around mid-day and chose to fish a stream close by. It took a half hour to get there and a minute later I was geared up and making my first cast. There is a little undercut with a nice tree above that I like to make my first cast, the reason it generally holds a fish or two and it did not change any from previous times. 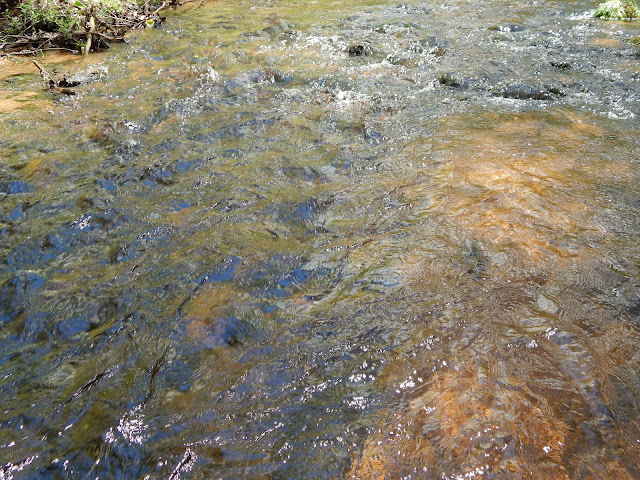 A few casts and I was into my first brookie of the day. 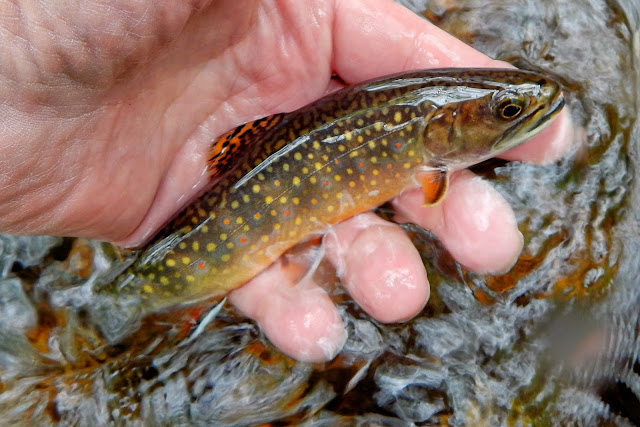 He was a spirited jewel and he moved around that little stream like a fast train. He actually plowed through a leaf jam in his quest to shake the hook. 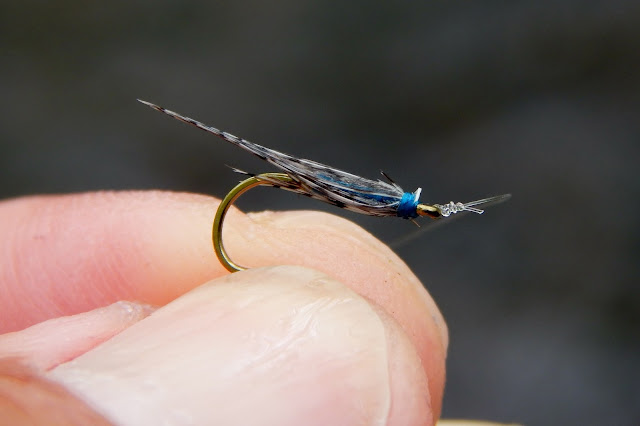 A new fly that was tried for the first time by me. The pattern has been around for years. I noticed it in a book of "North Country Flies" more on it later. 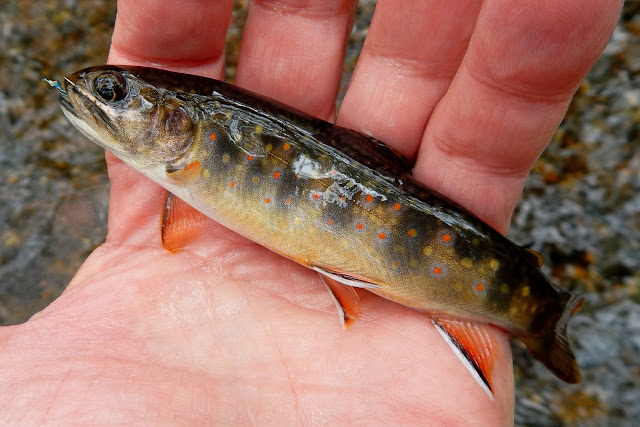 The prettiest brook trout of the day. She took a liking to that sexy color blue and said I must have it. 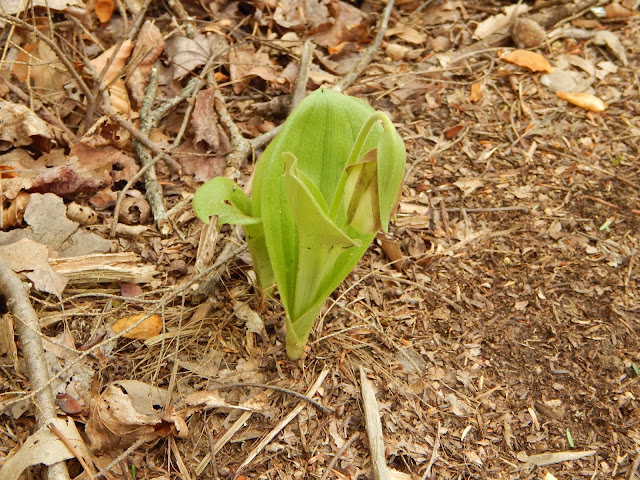 A Lady Slipper. It will probably bloom on Mother's Day. 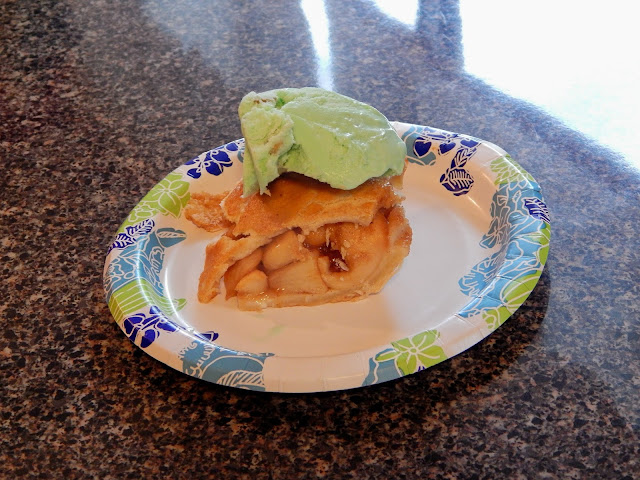 What better way to celebrate such a grand day.