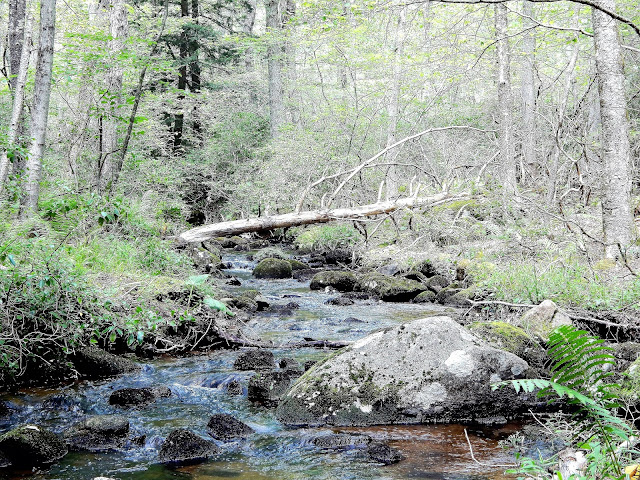 Headwaters can mean one or many tributaries converging into one large river. In the case of small streams the headwaters takes on a different meaning. Most of these streams start as a spring or perhaps a small lake or pond and in some cases a little of all. The stream I'm talking of here begins as a swampy area with several underground springs pumping water to the surface. The waters start there unobstructed run down the hills, picking up more springs as well as a few small creeks and seeps each giving more volume to the stream. This water is cold and is a necessity for wild brook trout.

Yesterday I ventured up one of these streams to it's headwaters. It was a beautiful walk and the reward was some nice views as well as a few wild native brook trout. 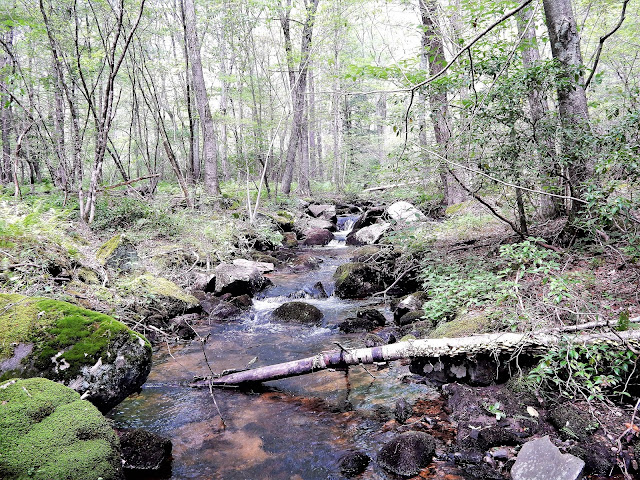 The rains of late had brought the stream up even as I moved further upstream. 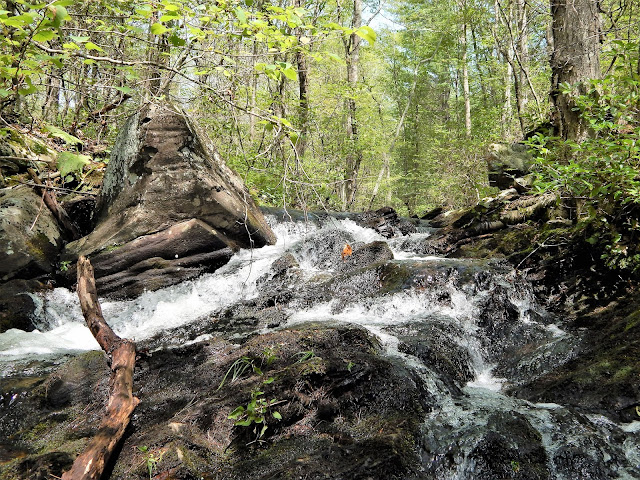 A gorgeous set of natural waterfalls. An obstacle for the brook trout, well maybe. 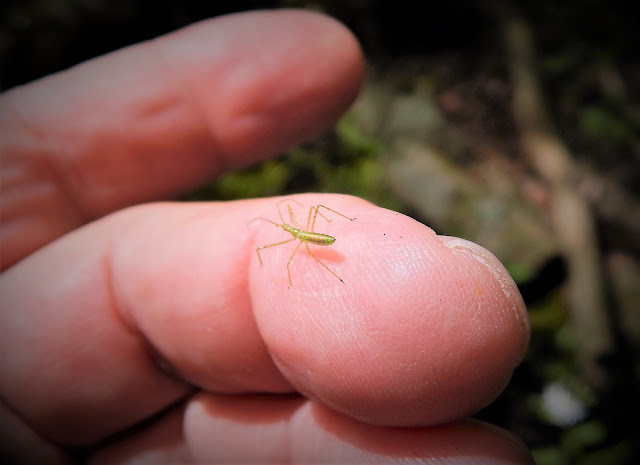 I noticed many of these along the stream banks. They were a pretty green with a few brownish legs. They did not have wings, but when dropped into the water they ran across the surface with blinding speed. Reaching into the fly box I found a close resemblance and tied it on. That fly served me well this day. 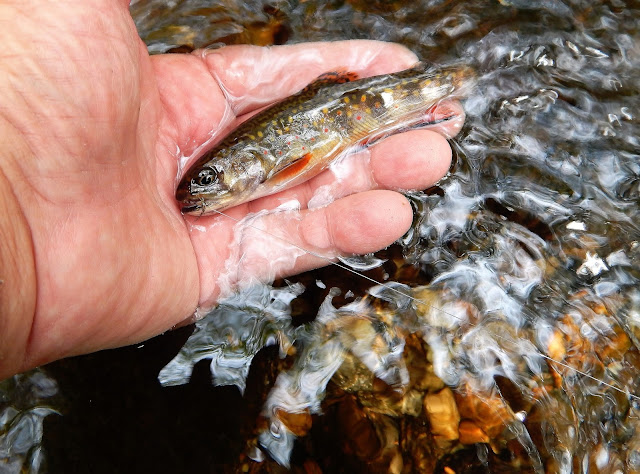 Usually when you trek this far up into the headwaters you'll find smaller brook trout, but these jewels were just perfect. 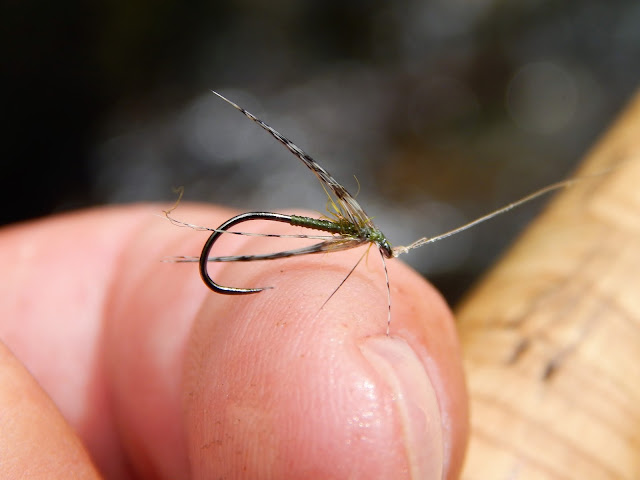 This is the fly I used. It's a Olive and Partridge. A bit darker and larger than the natural ones I saw but it was close enough. 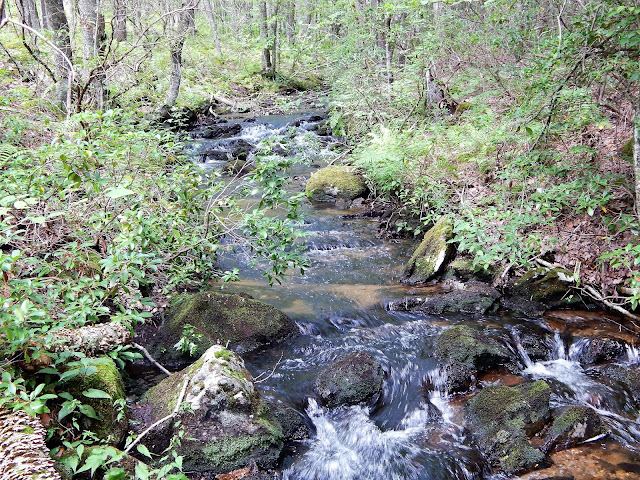 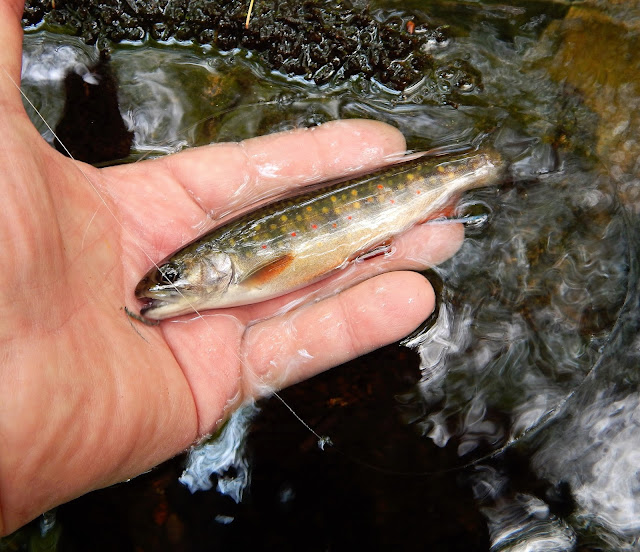 Judging from it's girth this brookie has found a good food source. 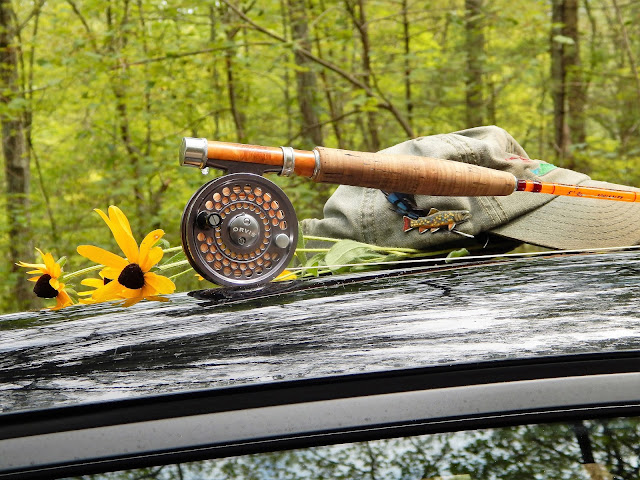 So after four hours of rock hopping and laurel busting I brought my sore body back to the car. I stopped to pick a few wild flowers and a bluejay feather. All was good on this day along the headwaters.