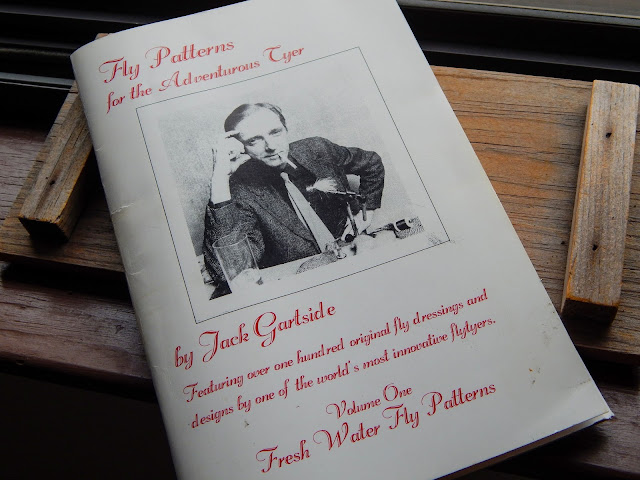 I started tying flies back around 2000. At first it was pretty much a glob of feathers and hair on a hook. As I attempted to learn more about the finer points of fly tying I thought perhaps a fly fishing show would help. Back then we had a great show that took place just outside of Boston and that was the first one I ever attended. It was there that I met Jack Gartside. I knew nothing of the man but in the time I spent in front of his table I learned a great deal. I noticed he was tying on a Regal vise, the next day I ordered one from Hunters in New Hampshire. Jack was tying his soft-hackle streamers, and talking, like a sponge I soaked up everything. I purchased several books he published and learned from them. Every show after I made a point to stop and visit with Jack. My encounters with Jack were short but I learned much. Sadly Jack has passed but I like to think he's close every time I tie or fish one of his creations. 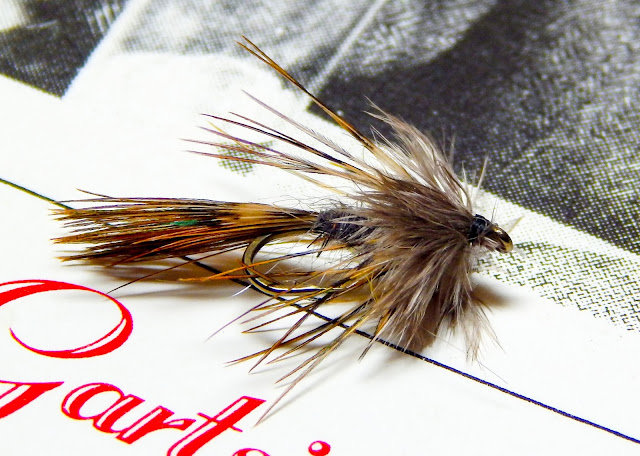 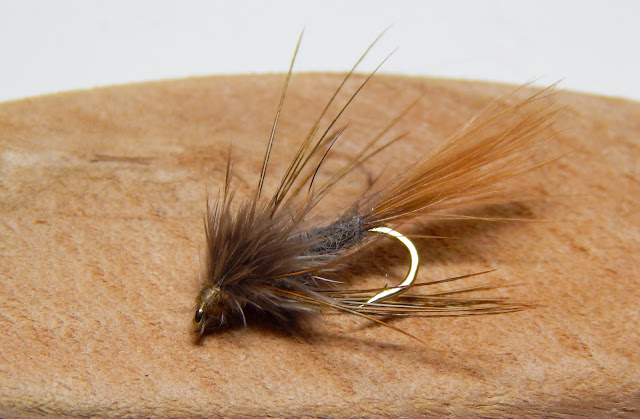 This is close to the original Gartside "Sparrow"...the first version is mine and is not quite the same. I think Jack would not object. 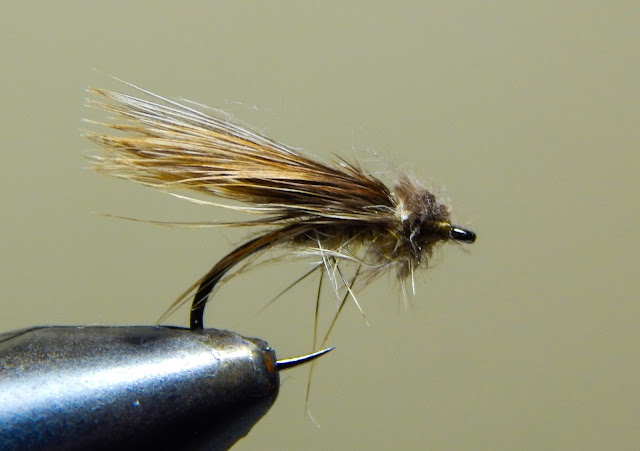 This is the Gartside "Chicken Poop Caddis"...pretty simple fly.