What A Diference 2640 Feet Can Make 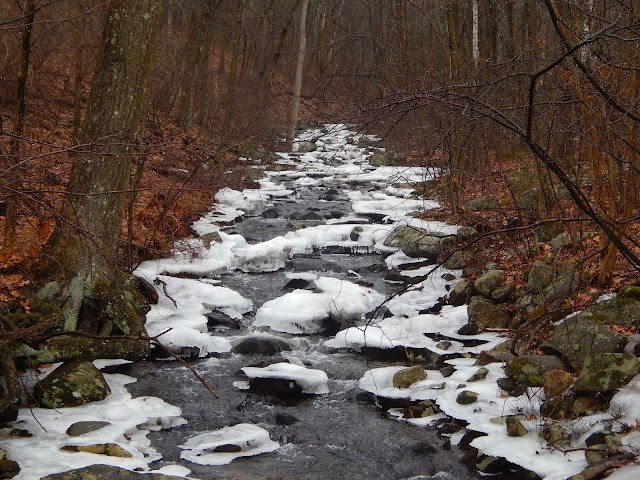 Yikes...look at that ice. That's how I reacted to what I saw as I glanced at a stream I had planned to fish. It had been several days of moderating temperatures both day and night and my thought was the ice that had many of these streams locked in would now be free flowing. Well I did try to fish a few open spots, dropping a nymph in the pockets but after many attempts I concluded this was not going to work. I know this stream travels a bit further and I chose to check it out further downstream. Into my Honda and I drove a half mile downstream and found a place to park. As I approached the stream I could see what appeared to be an ice free run. 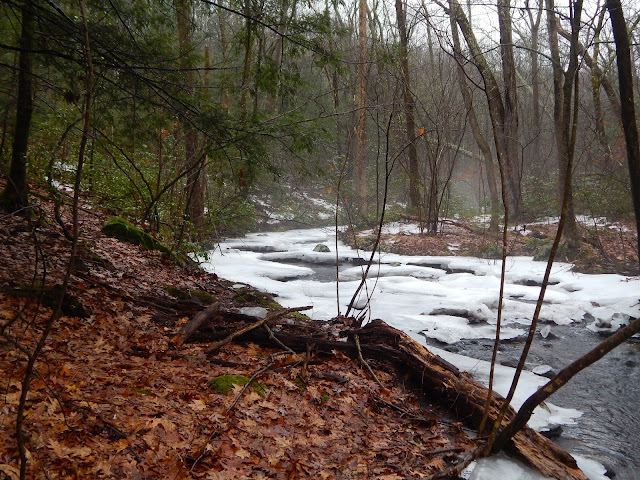 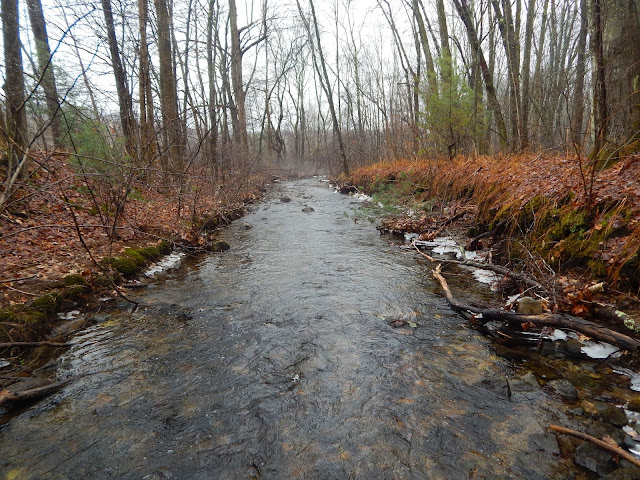 A half mile downstream, night and day. I still had the nymph on and started fishing this likely run. It did not take long before I felt a hit. Several more casts and a hookup. As I reached for the brookie he bid me "nice knowing you" and gave me back the nymph and off he went. I continued working and got several more responses most of these coming as I lifted the fly near the surface. I know I would have taken another fish or two until the third stone on the left took my fly. The lights went on and I said these fish are looking up. I tied on a dry fly and I had one beautiful outing on the "dry". 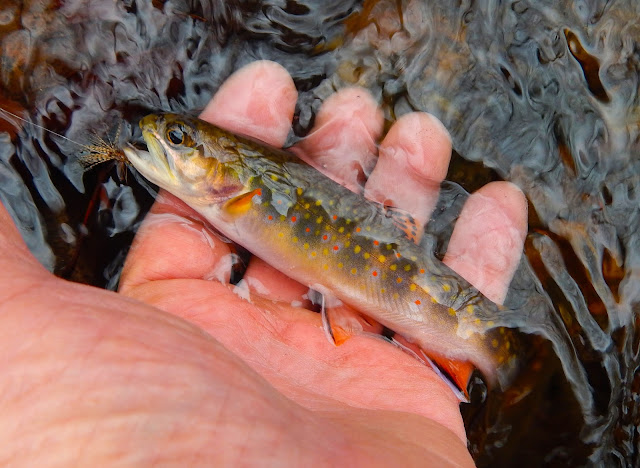 A "wild one"...these brookies were not slamming the dry fly like they would in May instead they were sort of slurping it in. 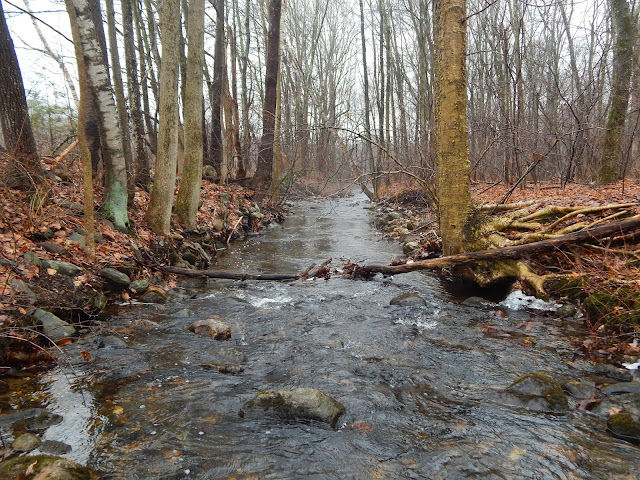 Every little seam where there was water flowing in pretty much held a fish. 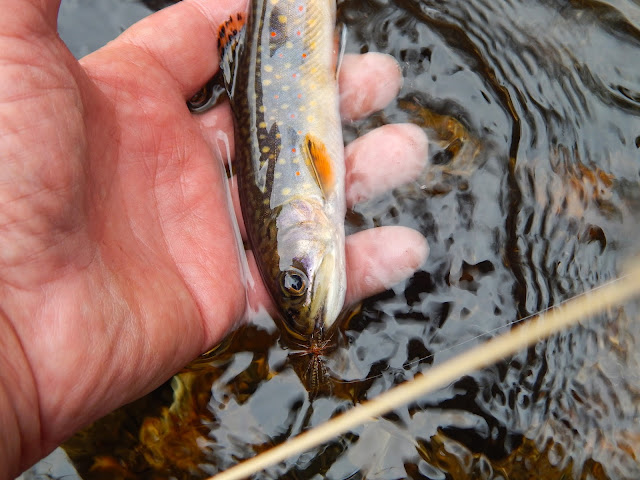 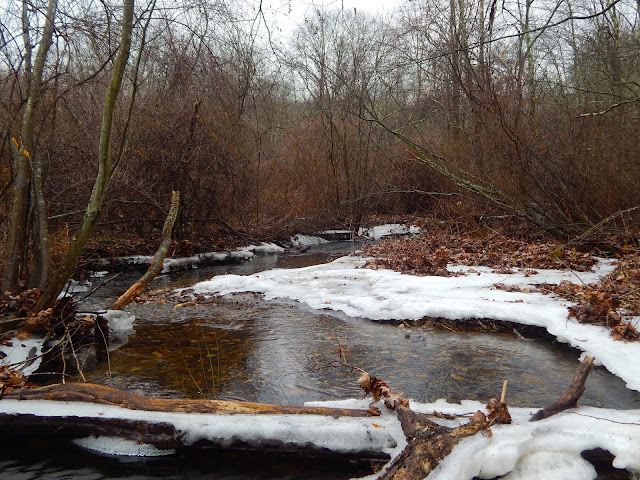 I had a nice brookie take the fly on the opposite side of the fallen log...I'll remember what not to do next time we meet. 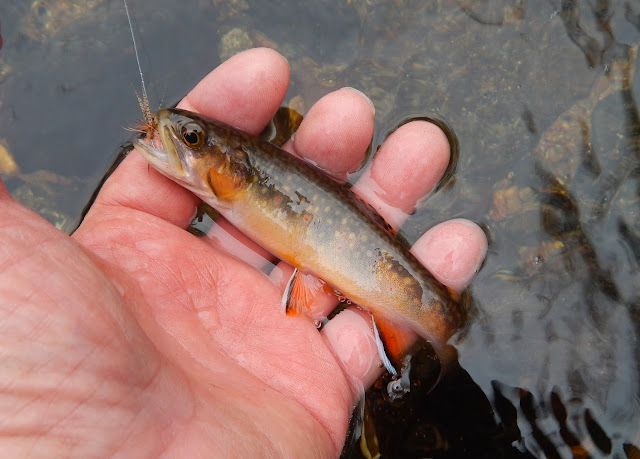 My last brookie of the day..just as beautiful as any...then again they are all beautiful. 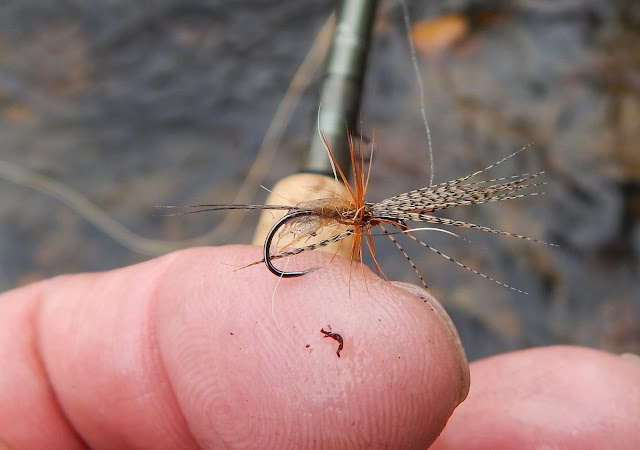 Beat up, and all out of proportion but working just fine.