Where Have All The Winter Stones Gone, A Long Time.... 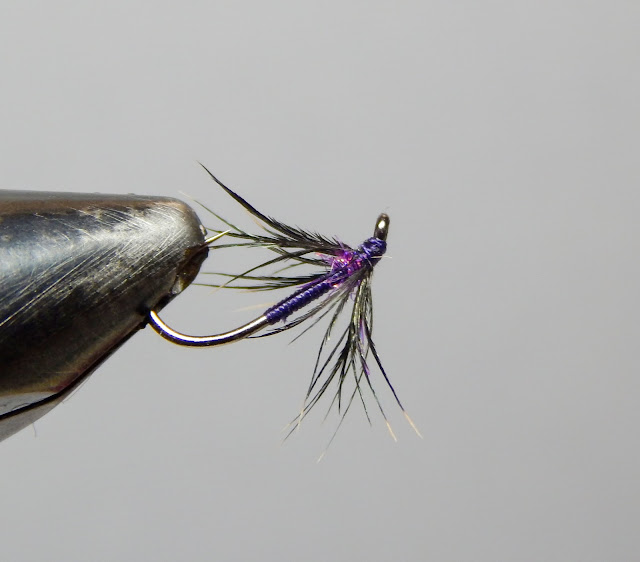 Winter stoneflies, those little black critters that cover the stream banks on some of the coldest day of winter. These flies that have been about as mentioned in a couple of blogs as being prolific this winter. As for me I have not seen even one. I have put some time into my winter outings, and have seen some trout rising but they were feeding on those flies that one can't see, "midges". So again I tried to find my first winter stone on this outing.

The "starling and purple" has worked for me in the past as a good winter stone imitation, so I selected it, and gave it ample water time to "get it done" 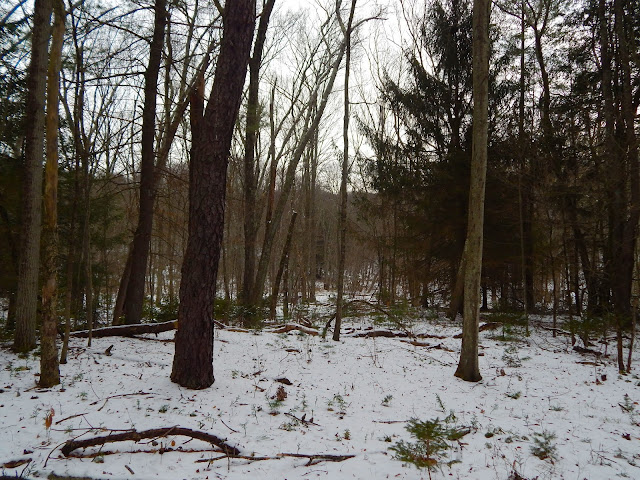 No winter stones here, only winter wood. Beautiful though. 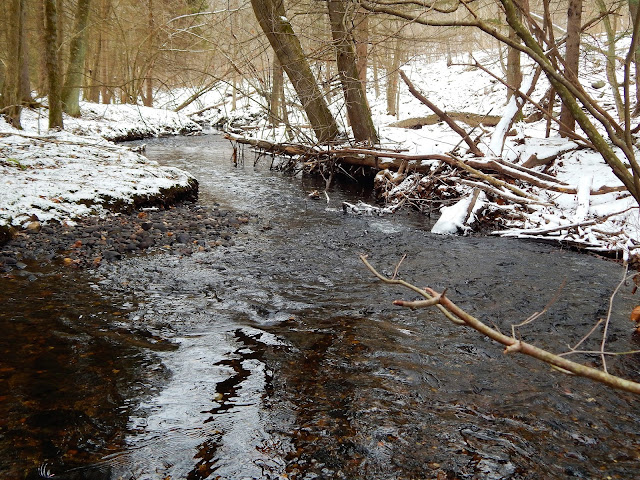 Here is a trout holding spot if ever there was one. I know from experience they hold here and they feed on winter stones. Ten drifts with the starling and nothing...then another ten drifts with the bomber and the same result. 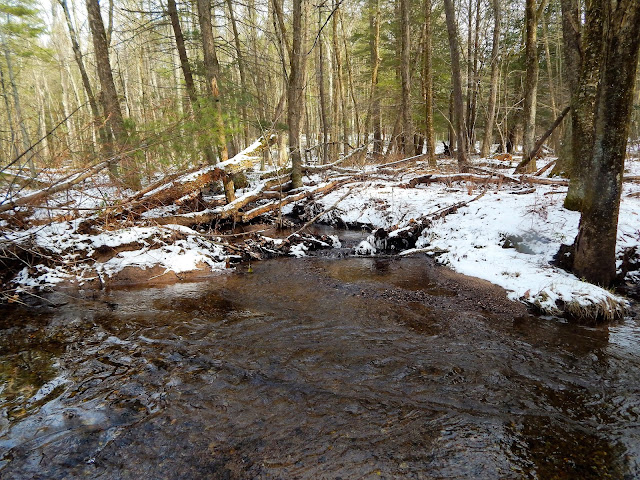 I fished pretty much the whole stream, perhaps three hours and nothing. I did not see even one winter stone. Was I frustrated? No way, these kind of days happen in the winter. This is usually where I stop fishing this stream. There is a small brook that comes into the stream and it is here that I've had success in the past. I cast the starling and purple along the soft seam, it drifted just under the surface. It had moved only a few inches when a trout moved on the fly, but did not take. 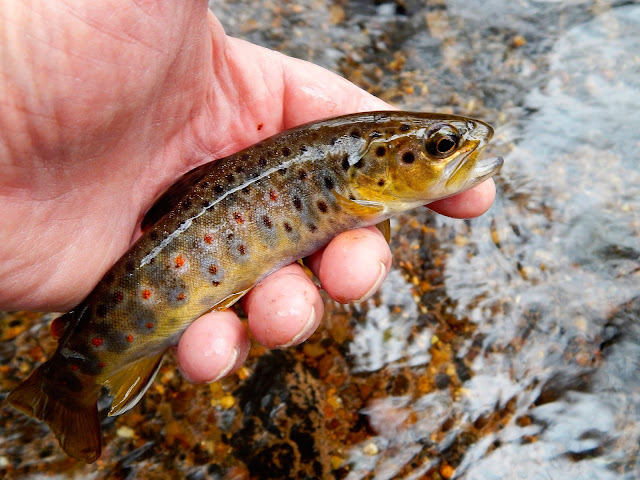 A half dozen more casts and "bam" hit and hook. A highly spirited brown took the fly. He pulled and ran to every place he could...in the end he gave it up and glided into my hand. My three hour plus day was a success. A handsome wild brown sipped my winter stone...P.S. I still have not seen a winter stone.