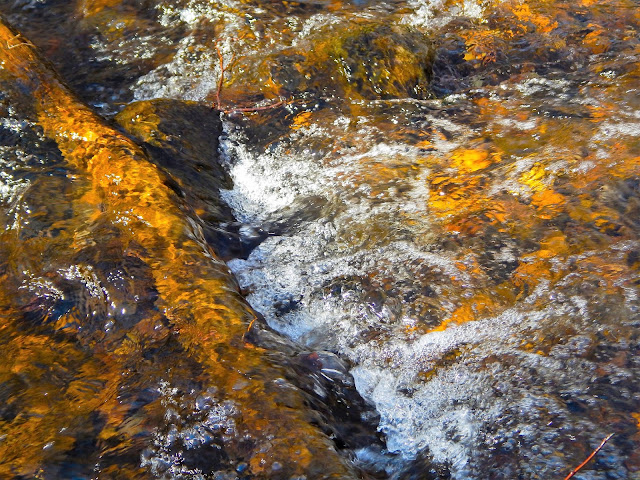 This is another venture into wild brook trout territory, one that was made on the 24th of February. It was a day like early April with clear skies, and a sun that brought temperatures into the light fleece range. Talk about comfort, t-shirt, a mid weight flannel and a fleece jacket. The stream was in it's sparkling glory with flows that made for comfortable wading and fly movement. It also brought a few midges to the surface as well as a few dimples on the slick runs. My these days are to be cherished deeply, for since that outing we in Connecticut have had some drastic changes...more on that in a later post. 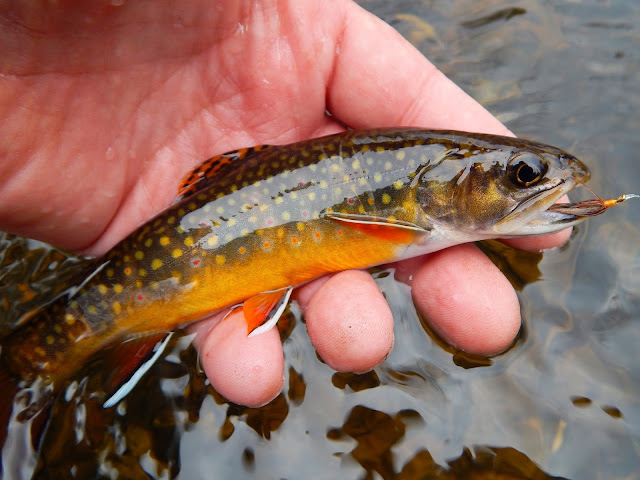 I was fishing a small marabou wet fly in the pockets, just like the one in the first photo. It is there that I managed to get this fellow to take. The fly is a size 10, with thread body and marabou from a hen pheasant. Great fly. 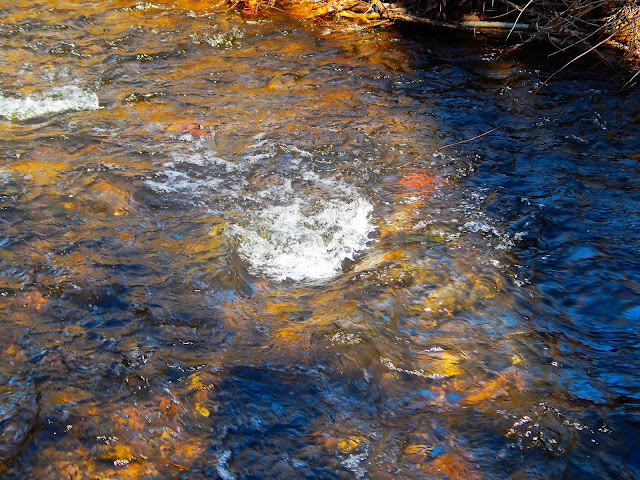 Now here is a place to find a fish or two. Have I ever told you that I like fishing riffled waters? 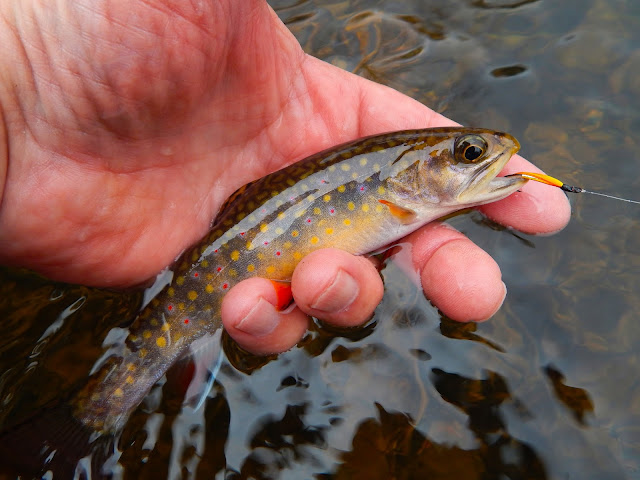 In the little seams in the riffles your find moving and feeding brookies, so a fly moved through those areas will usually bring a strike. 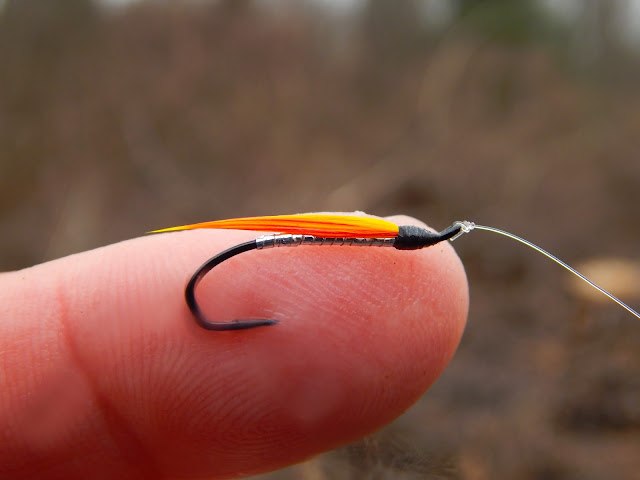 Another bit of experimenting. A Mickey Finn tied on a Partridge low water salmon hook, #10. I have also done a Black Ghost tied on the same hook. 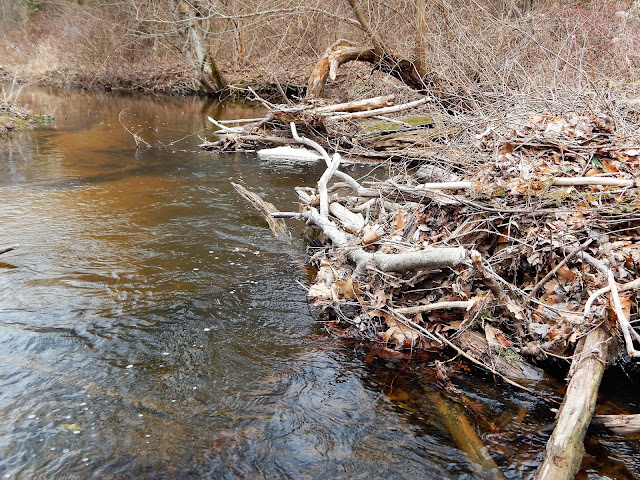 What a gnarly piece of stream bank, looks more like a wood pile than a trout stream. Currents swirl in funny ways in places like this. Note make a couple of extra patterns, for your sure to leave one in the pile. 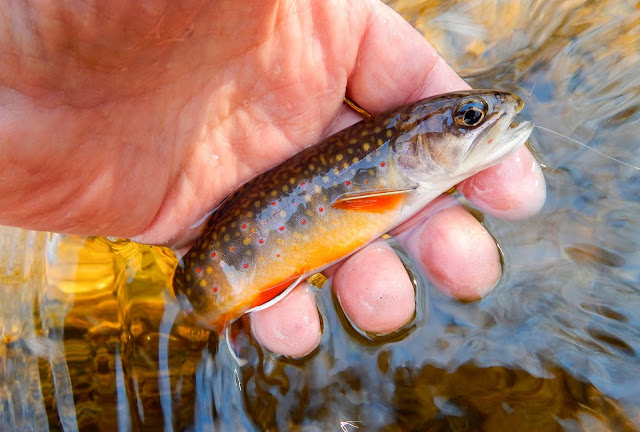 Sunshine in the form of a wild brookie. I hope that these photos brighten up your day. 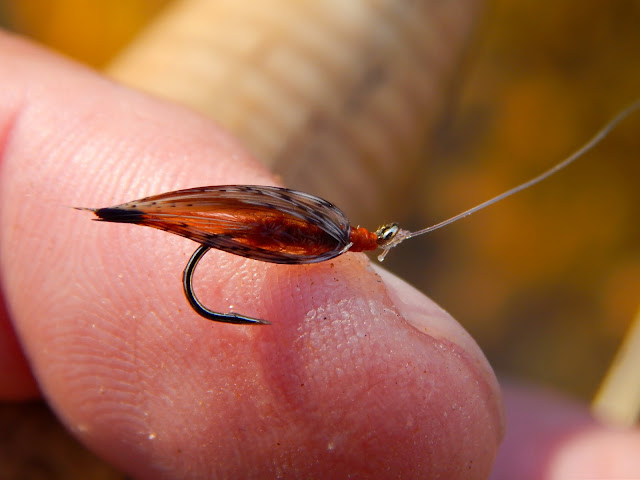 A wet fly from a previous post. It's tied on an unusual hook, one I found while shopping at a Fly Fishing, Fly Tying museum. The hook is a Mustad 94843...more later.