Changes, Some Good And Some Good. This is a stream I visited last month. It was a time when we were in a spring like thaw and it was so welcomed after the deep freeze we had in late December and much of January. The stream I am very familiar with having enjoyed it for many years. It also suffered like most streams with drought like conditions for a few summers. Last year it fished some what on the off side which was to be expected. As of the new year I tried this stream in January, big mistake. The stream was ice bound, I could only drop a fly in the water in only a few places. It was cold that day and I should have stayed home an enjoyed my coffee and read a book. 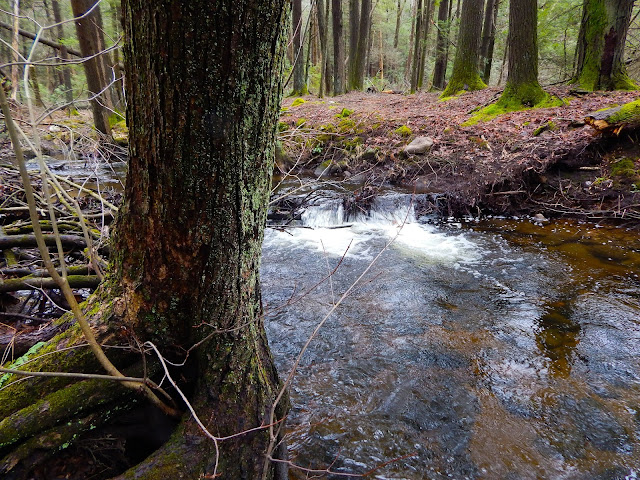 On this day I had no idea what to expect as far as catching a fish. The first few pools I fished gave up nothing. It was not until I came upon this one that my day really brightened. The second or third drift that I saw the line stop, tension and suddenly I felt the fish. 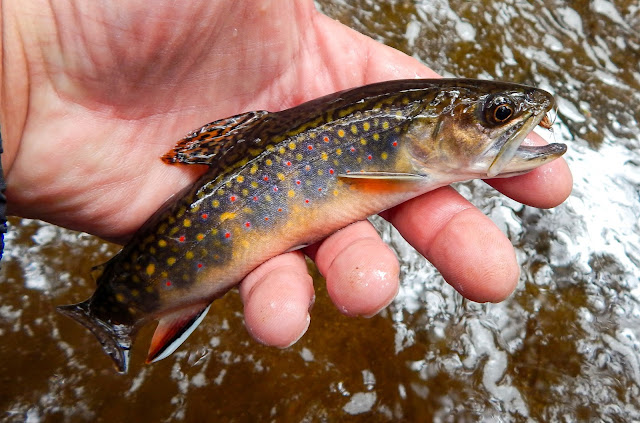 Soon at hand was this stunning brook trout. A side note, that pool was where I caught my first fish of the year several years ago on a cold windy New Year's Day. 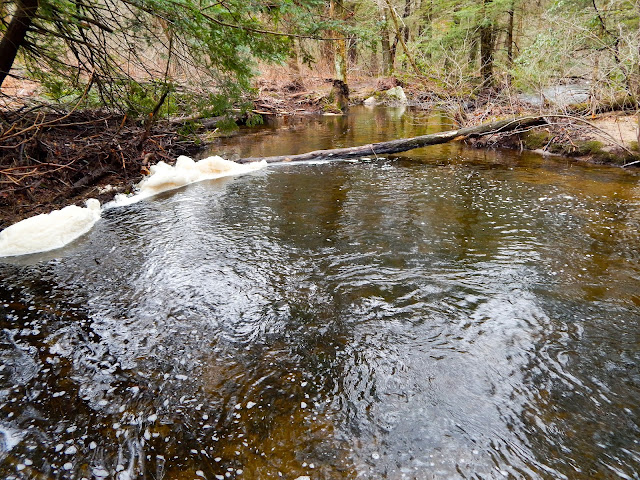 This pool with it's mound of wood at it's back is a place that should hold a fish. That statement is true but for some else and not for me. Over the years I have lost a lot of flies in here but have not taken a fish....until this day. I drifted my fly towards the back near the wood pile on the left. I felt the hit, it was a substantial hit. I set the hook and the fight was on. I won't go into the details of it but I will show you the result below. 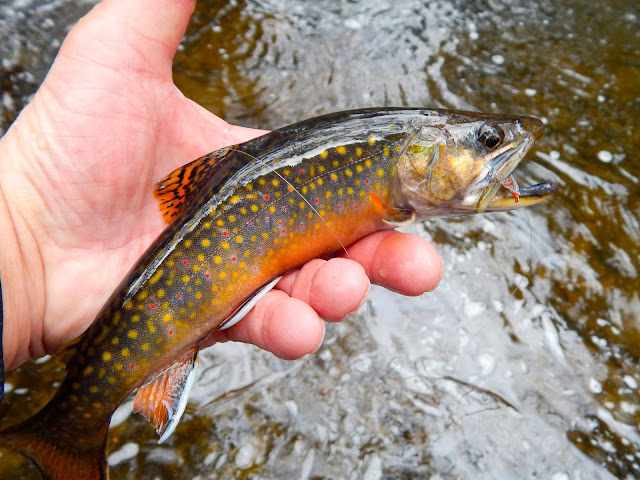 This wild creature is big for this stream. He was very strong and may have been living here for some time. I was thrilled and fortunate he liked my offering. 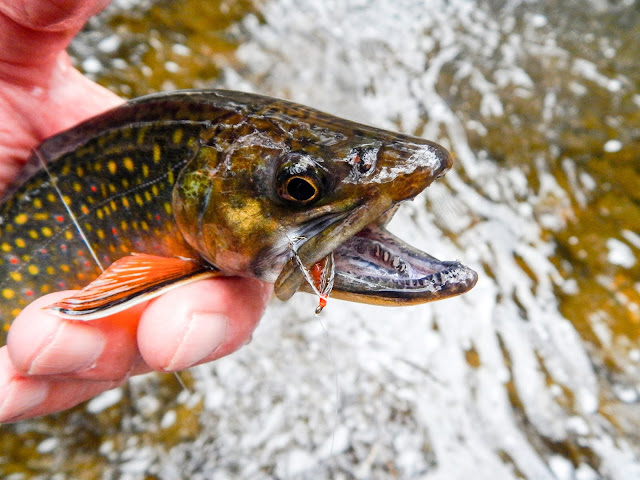 With a mouth like that I give fair warning to any small brookies "stay away". 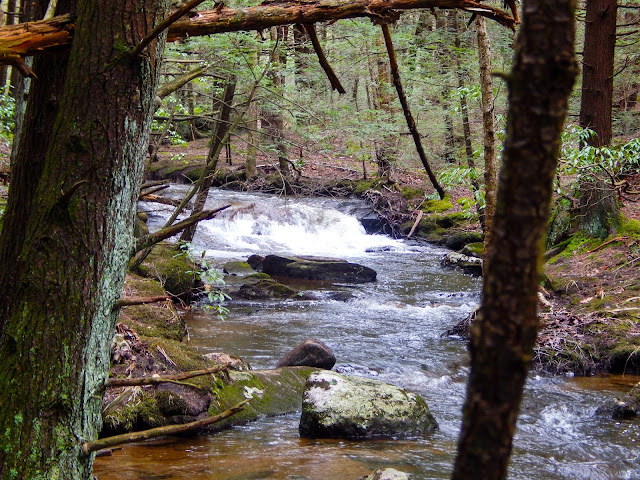 This stream yielded several more brookies. I fished it upstream and found some profound changes from the heavy ice. Come May I'll get the real picture.