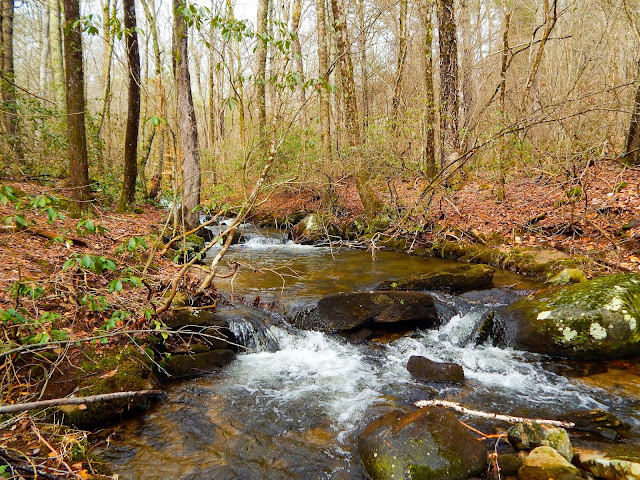 March is living up to the phrase "in like a lion"...here in Connecticut we are experiencing a "nor'easter"...the winds are swirling and the rain is falling sideways. We will pull through as we have before and the sun will shine and hopefully the trout will rise in their swollen streams.

Connecticut's trout streams have closed. February 28th was the last day to fish many of them. The streams that remain open are Class 1 WTMA's and certain other rivers such as the Farmington and Salmon, but have special regulations that apply...check your anglers guide. So for the last ten days I have fished a number of streams some of which I have not fished in a year. The weather has been awesome with warm temps. The streams have been graced with ample flows and the wild trout have been active. The photo above was taken on the 20th of February, looks like the end of March. It was beautiful that day. 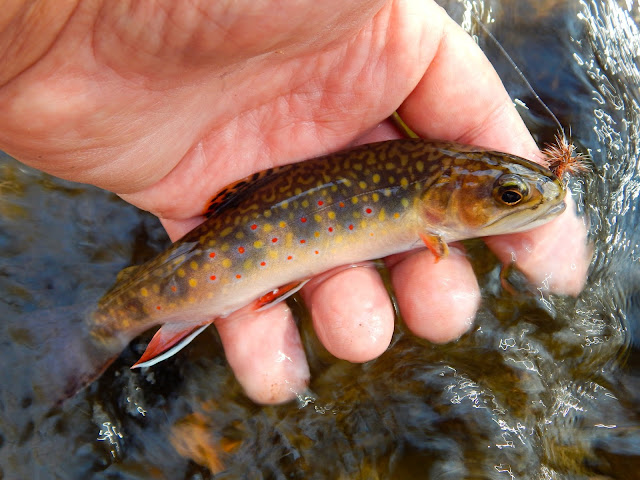 The brookies that inhabit that stream are vivid, their spots are so pronounced. They also have no objection with eating from the surface. 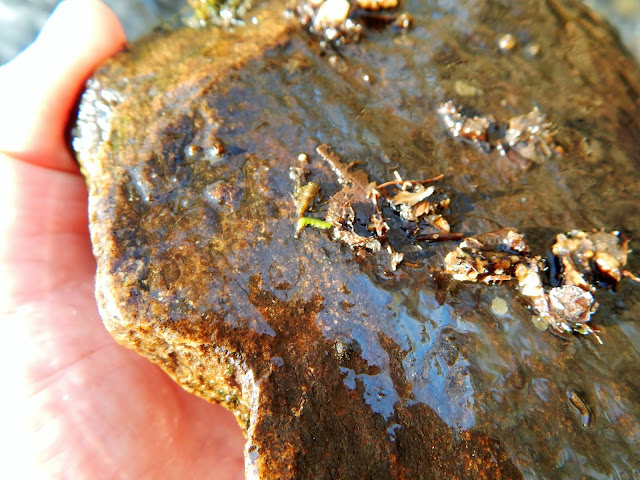 One of the things I like to do when fishing is turning over rocks within the stream. Most times it gives me an idea what is available for the trout to eat. This will not alway's change what I'm fishing with but it is a guide if things don't work with what I'm using. This stone had the usual nymphs, typical black or brown in color. Also there a various crawling little green worms, green caddis perhaps. But as you can see they are quite small, so when a "bomber" is presented the thought is "wow that's a big meal"

On this particular outing both a black soft-hackle an woodchuck caddis worked. 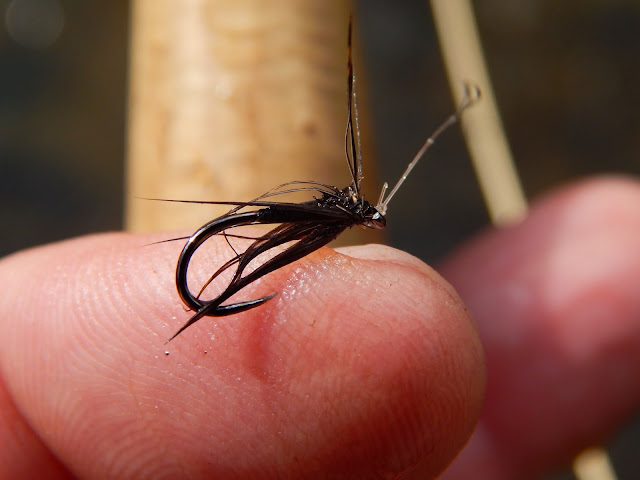 This simple spider covers much of what the fish feed on. This fly is a 14, but a 16 or 18 would probably have been better....black thread, black thorax, and a turn or two of black hen hackle....How about a black thread body and some black ice dub? 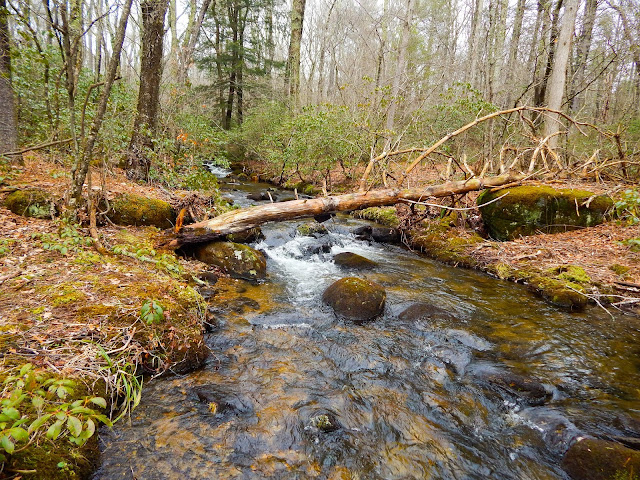 This lovely little freestone stream has a name but I'll just refer to it a stream 2/20....