Again from the pages of Streamer Fly Tying and Fishing comes another variation of the Spruce Fly. This pattern is called the Red Spruce. Bates was told that the Red Spruce was designed for eastern brook trout. It was first seen at the Meier and Frank Company of Portland, Oregon in 1943. It is believed it was brought out by husband and wife combination working under the name of Smith-Ely of Blue River Oregon. The fly is basically the Spruce with the addition of a red hackle feather tied in along with the silver badger hackle. This added color of red is a plus when fishing for brook trout. 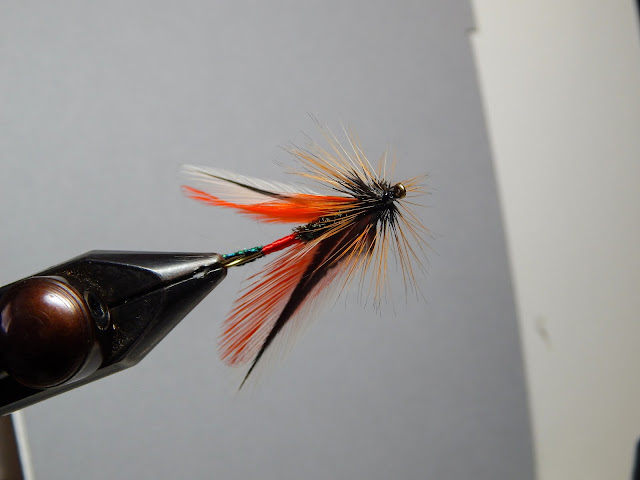 Taking a key from the Red Spruce I created a couple of more variations of this great streamer. In this pattern I use a orange saddle hackle along with a silver badger. The collar is a golden badger feather.

The contrast in the use of a golden badger collar can be seen here. The orange is also a brook trout favorite color.

This pattern is a Royal Spruce. It uses an under wing of a golden pheasant crest, along with Jungle Cock. 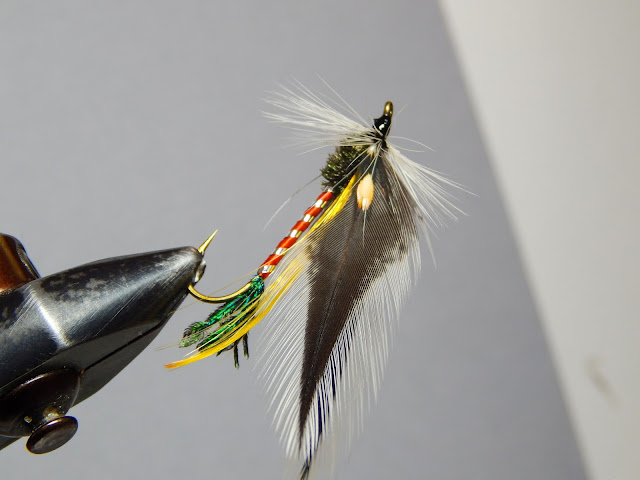 A great pattern representing a smelt or other bait fish. 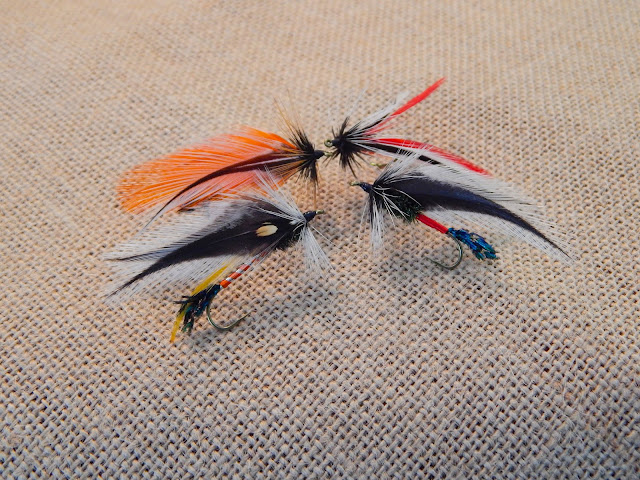 A stand of "Spruce"

I will be tying these at the Connecticut Fly Fisherman's Association fly tyer's roundtable in April.