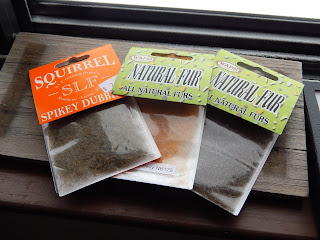 Spikey dubbing, it comes in natural forms and
synthetics. The packages shown here are natural and dyed squirrel. In my opinion these materials have a life like movement in the water that trout find hard to resist. In the past I have used spikey dubbing as a thorax but lately I have been using it as a body material. It has one drawback and that is it is almost impossible to work with. It does not play nice and no matter how much you yell and curse at it it still does not comply. In the past I have over dubbed the body and let the fish thin it out. Sometimes those tooth guys would over thin it and that took the concept of a spikey body away.

I have started using a method of splitting the thread. This enables me to put just how much fur I need and when twisted in the thread it makes for a secure body. I may loose a few hairs but not nearly as much as I would by just dubbing on the thread. Below are a few patterns using the split thread dubbing technique. 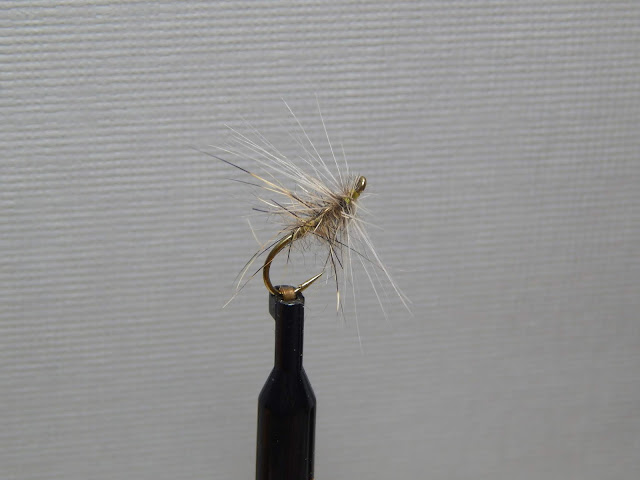 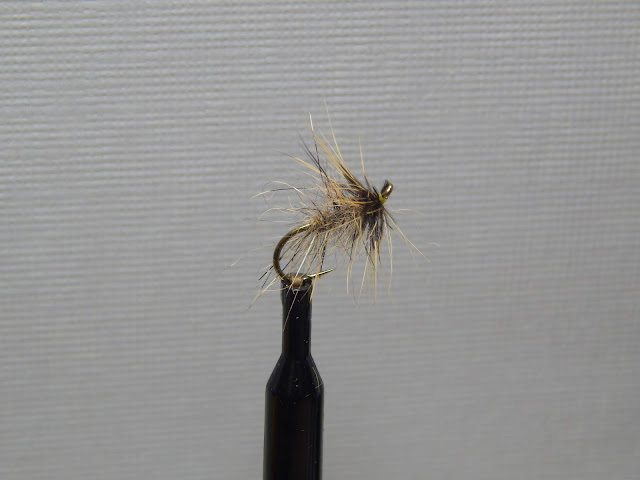 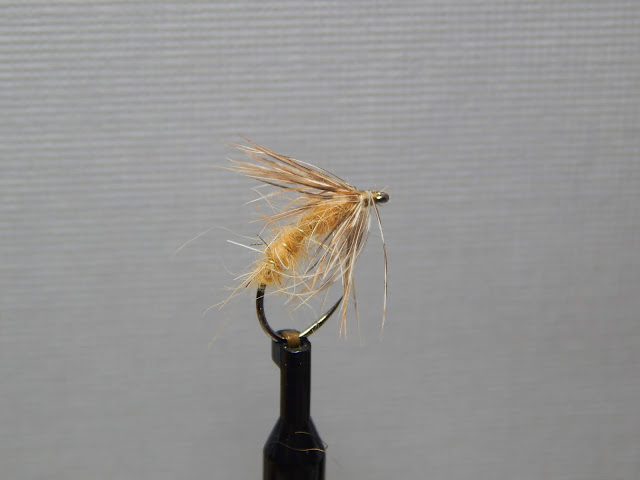 A caddis tied with hen hackle and a fox squirrel dubbed body. 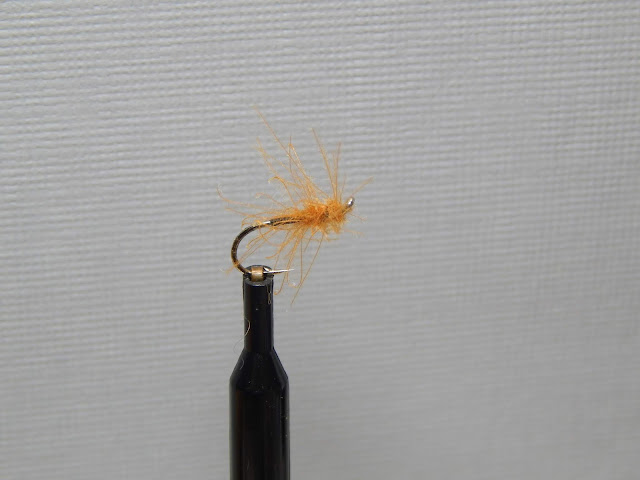