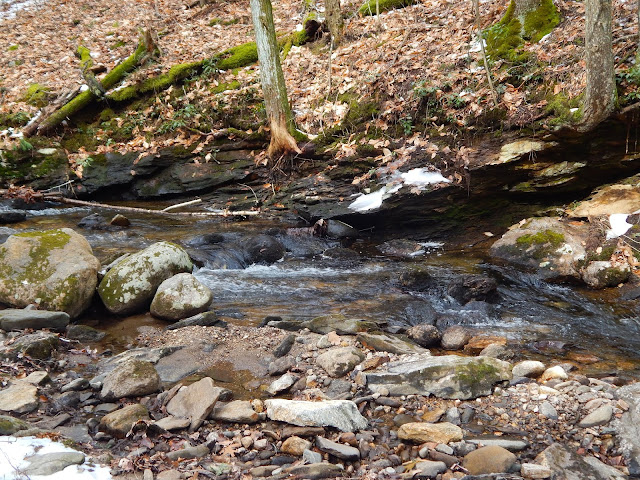 As February comes to a close, I have to focus on fishing several streams before they close. All streams in the state of Connecticut with exception of Class 1 wild trout streams close on the last day of February until opening day which is the second Saturday of April. I'm sure there is a reason and I'm sure it was well thought out. That reason is for another time.

Well Saturday I chose a stream that will close the end of February to fish. I had not been here since early fall. Since my last visit we have had several heavy rain events and this little beauty of a stream took a hit. I witnessed several of its runs and pools that were scoured by the heavy flows. In some of the areas the stream took on an arctic glacial effect. While many of the larger pools remained the same some of the smaller ones were totally gone, reshaped by enormous fallen trees and logs. All of the changes I believe did not hurt the wild brook trout population. What I fear is that the spawning areas may have been washed away which will have an effect on the future populations. That is something I will keep an eye on in the next several months. 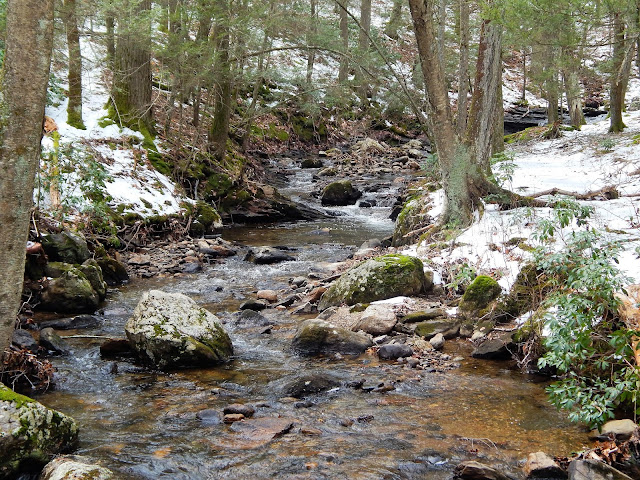 The stream looked as beautiful as ever. Rumbling and tumbling along to it's final destination. It's hemlock and laurel lined banks remain a bright spot of green in a brown forest. I was not alone in the forest. I was watched and scolded by a Kingfisher who flew from branch to branch. I fished my "usual" compliment of flies, wets, dries, and streamers and not a single strike. I was then required to select a couple of my "unusual" flies in order to persuade the brookies to strike...the "unusuals" were a couple of bead-head generic nymphs. 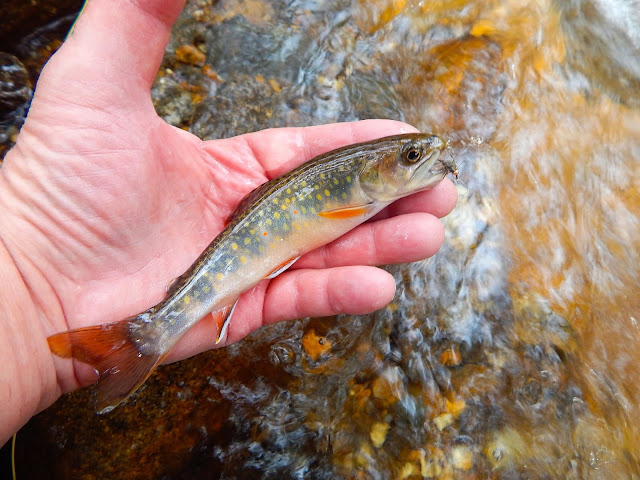 In the deeper pools I found willing brook trout like this late winter jewel. I have always said that this stream has the prettiest brookies in the state. 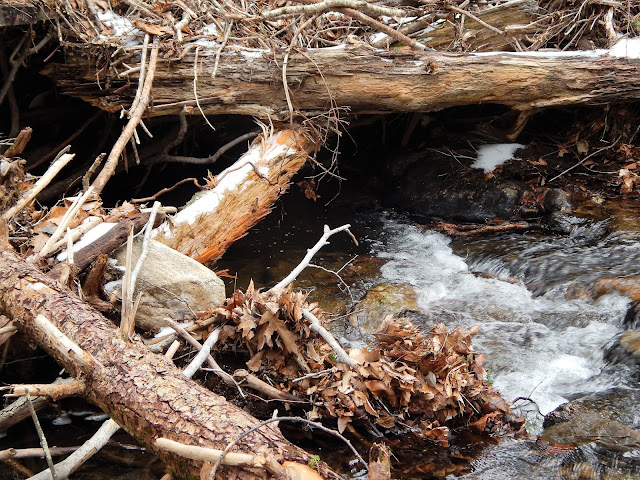 Before nature chose to restructure this pool it was always a place I could count on to find some brookies. They are probably some fish there but trying to present a fly is not something I wished to do at this time. 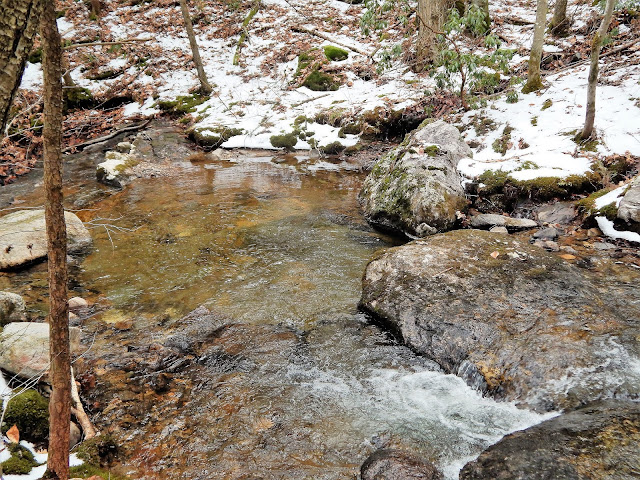 A very friendly pool. A slow drifted nymph did the job. 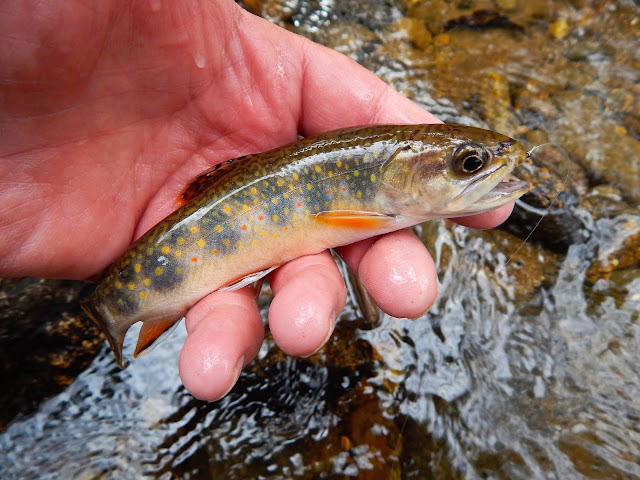 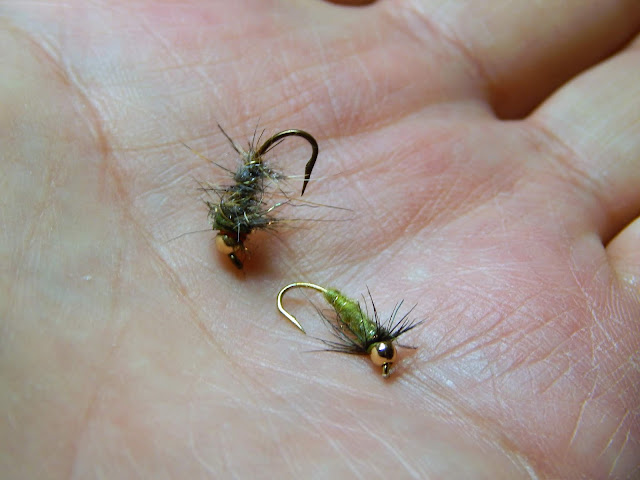 A couple of my "unusuals" generic stuff that brookies will not pass on especially in a small stream.