Of muffins, men and crushed hackles...or something. 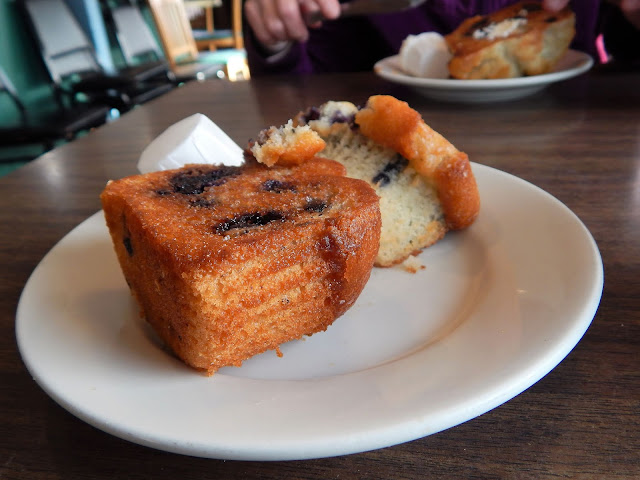 Saturday morning we were up at 6...showered and shaved. A few snacks were packed for the road. A fast cup of coffee, and my list of what I need, and off to the Bears Den fly show. But there were a few things that needed to accomplished first, and one of them was to stop for breakfast at Leo's in Buzzards Bay. Leo's has probably the best grilled blueberry muffins in Massachusetts. Please if you are ever in Buzzards Bay stop and enjoy one. Also Leo's is bottomless cup of coffee establishments. After leaving Leo's we took a short drive to Red Brook. As we pulled into the driveway to Lyman Reserve we noticed several vehicles and a young man standing by the a large sign. As I parked my car I said I know that man. As I stepped out the man came towards us and sure enough he was familiar. Geoff Klane came to us and gave us a big hug. We exchanged happenings since we last saw each other. A few seconds later another young man came over and Geoff introduced us to Ashu Rao. The two of them had plans of fishing Red Brook. As they geared up Jeanette and I took a walk along Red Brook. 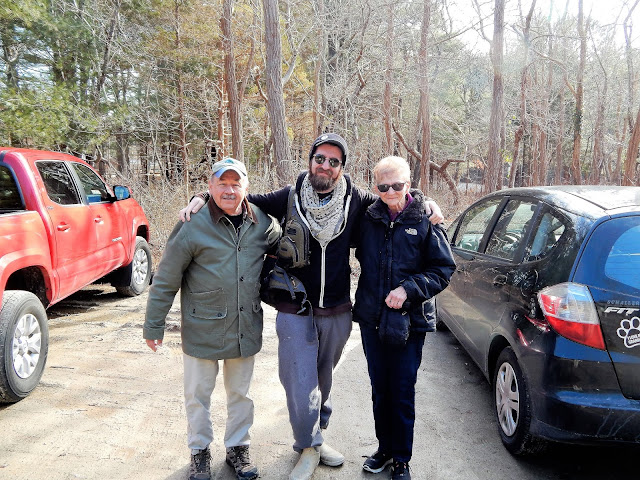 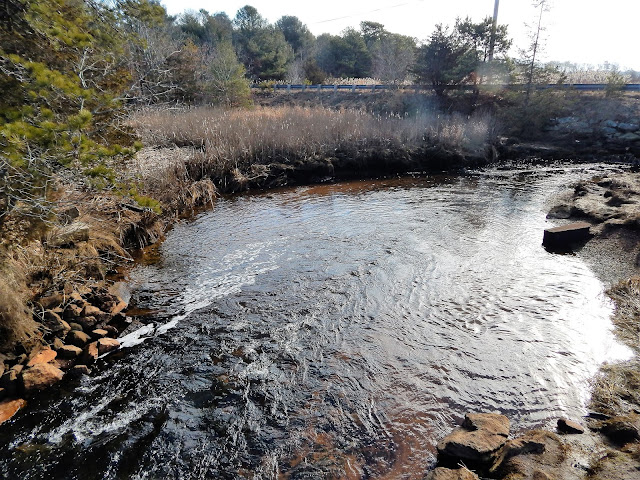 One of my favorite places at Red Brook. It is here where the fresh spring fed waters of Red Brook meet the salt water of Buttermilk bay. At this time of day and this time of year the quietness can be deafening. Although I did not cast a fly on Red Brook I still came away with a catch. 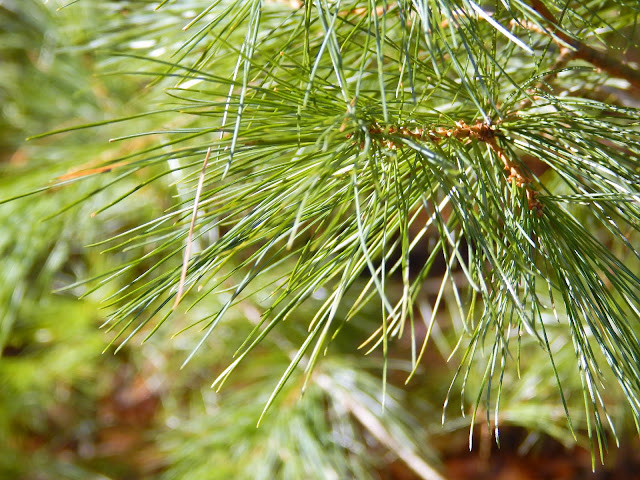 We left Red Brook and headed to Bears Den. It was a great show as usual. I met some old friends and made a few new ones. I scored on some awesome material, and was gifted some old streamer hooks from a follower of SSR's...a great day all around. 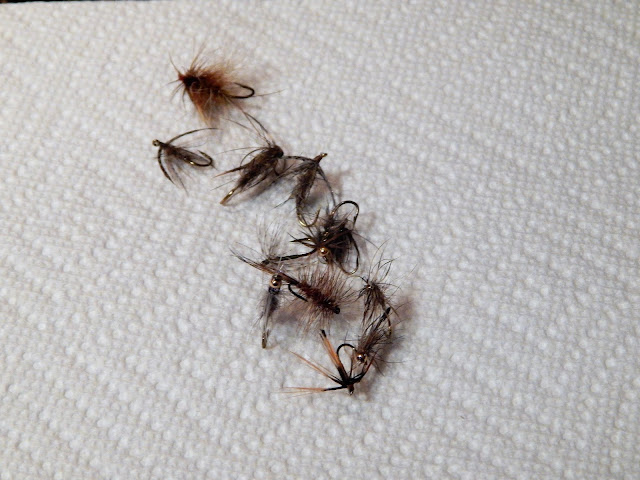 A little tip. How many of you find that after use your hackles get crushed. I know that I find this problem for instead of putting the flies back where they should be, dries with dries and wets with wets etc. So what I have done to revitalize those crushed hackles is this. Get your self a wire tea strainer from a dollar store. Boil up some water and place the crushed flies into the basket. Hold the basket over the steam and shake for a few seconds. Place the flies on a paper towel and let cool. The flies will be just as stiff and straight as the day they were tied. 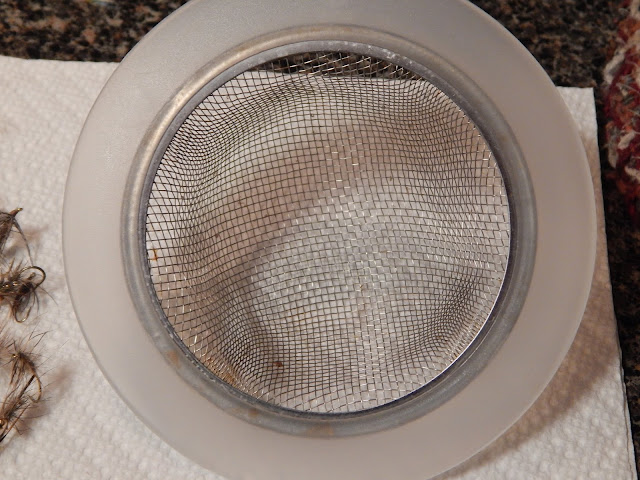 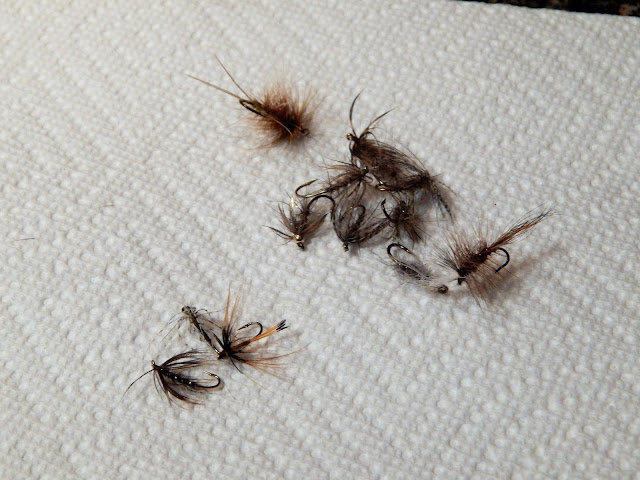