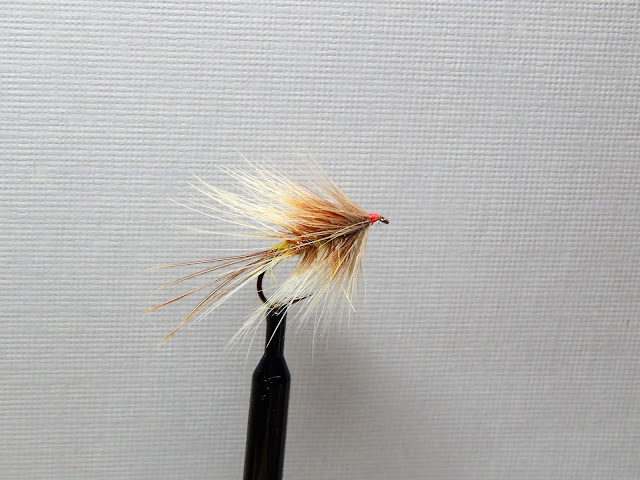 Some months back I read a magazine article on Irish Flies. As the article went on it highlighted Irish mayflies. The flies were absolutely beautiful and quite large. They involved using various tail materials which were tied quite long, pretty basic body dubbings and a wing comprised of three hackles of different birds and different colors. I tied up some and yesterday I ran them by the locals to get their reaction. 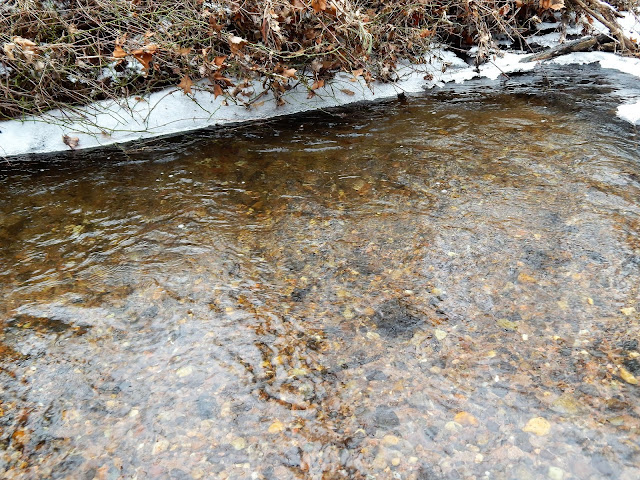 I was not expecting much when I let them float the stream. The weather has been cold although it had moderated some in the last days. About 11 am it actually felt good and apparently it got a few insects flying about. The ones I saw were small, black in color. They did not bring about any rises that I saw but maybe it got the trout looking up. 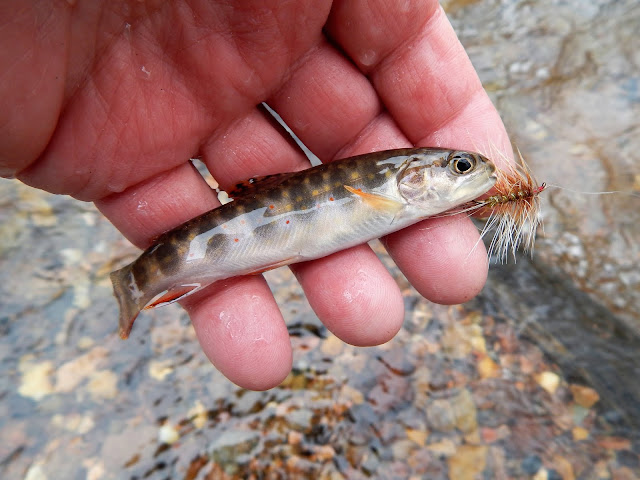 The Irish fly did not resemble the actual flies I saw about but it got the attention of these little guys....they would not leave it alone. 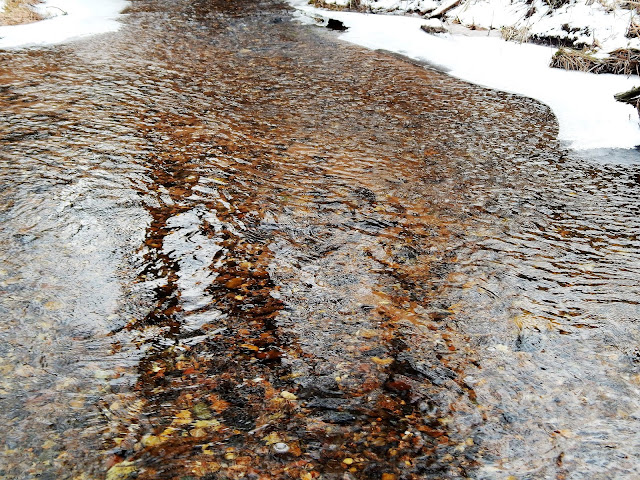 It was here in this riffle where I saw my first rising fish. I cast to it and it surfaced and took the fly. 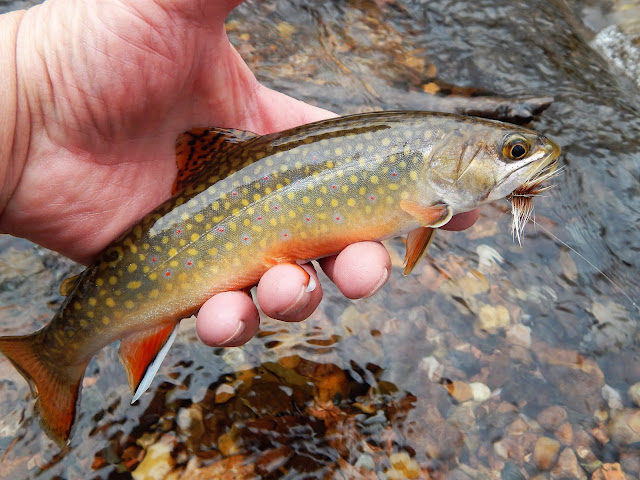 I did not expect this, but I welcomed it. He was strong and healthy and even retained some of it's color. 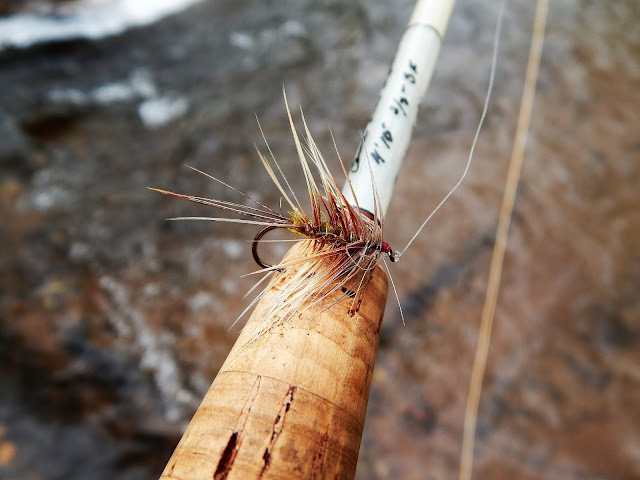 The fly floated well and did double duty as a wet fly. I think those Irish fly tyers had a bit of Yankee blood in them when they created these flies. 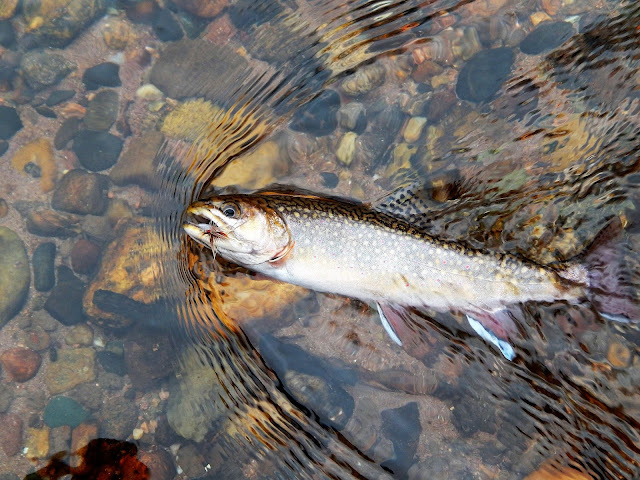 This brookie was amazing. I can't describe in words the battle he put forth. The hot action lasted only a short time but it was enough on a early February day to satisfy this angler.