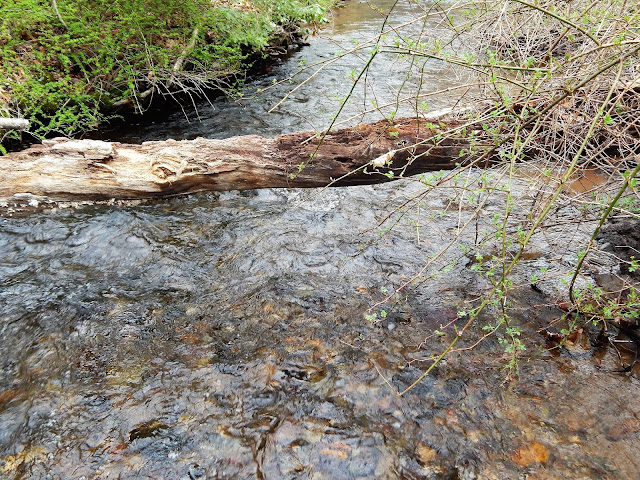 Fishing these small Connecticut streams over the years have given up a few surprises for me. I have taken some pretty good sized brook trout and just when I was in a comfort zone as far as the size of the fish I have been catching I was shaken from that zone with a real rod bender. The stream was clear, the flow perfect. I started working my fly down through the run. First drift was in the middle, no takes. Then it was the right side where I had a fish rise and miss the fly. Then I drifted the fly on the left and as it floated near the bush tangle in the water I saw the fish chase and grab the fly. I did not see him again until he was almost at hand. The fish did his best to take me into the tangles, then he ran up and down. I was able to gain control and soon he gave up the fight. 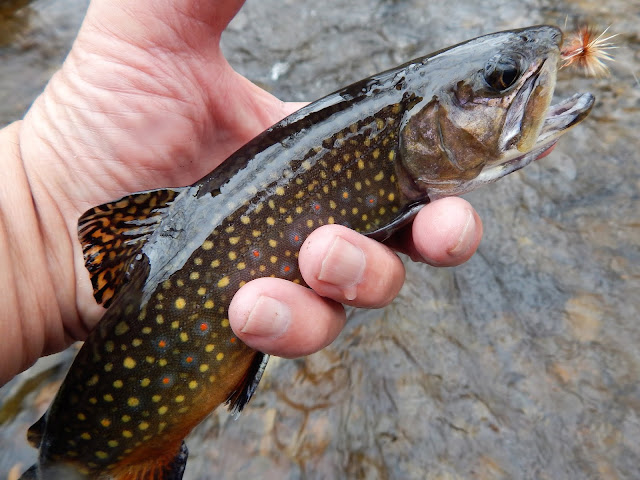 As I brought him to my hand I was quite impressed with the size of him. He was truly the biggest brook trout I have ever taken from this stream. He was incredibly dark with lots of yellow spots. Photo taken and off he went. I just know I will encounter him again. Wishful thinking friends. 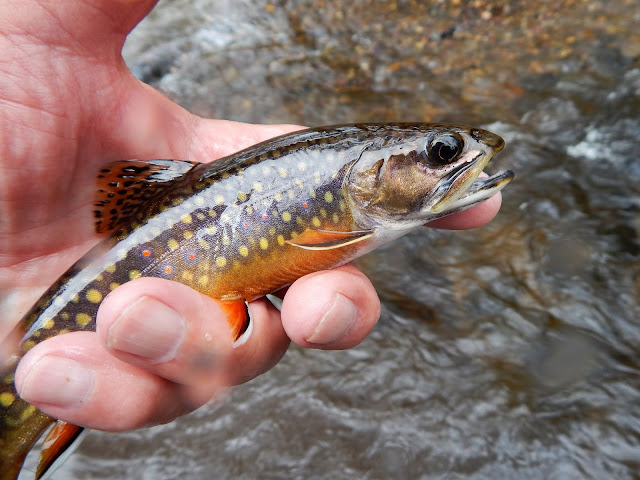 This is the average size of brookie from this stream. A prize on any day. 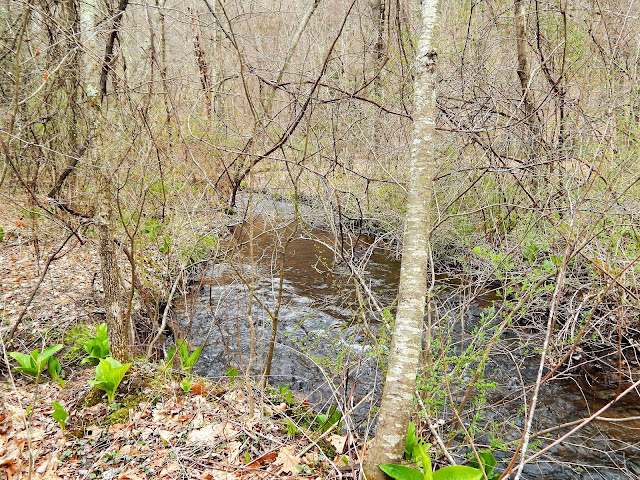 As I continued my trek upstream I was given a second surprise. 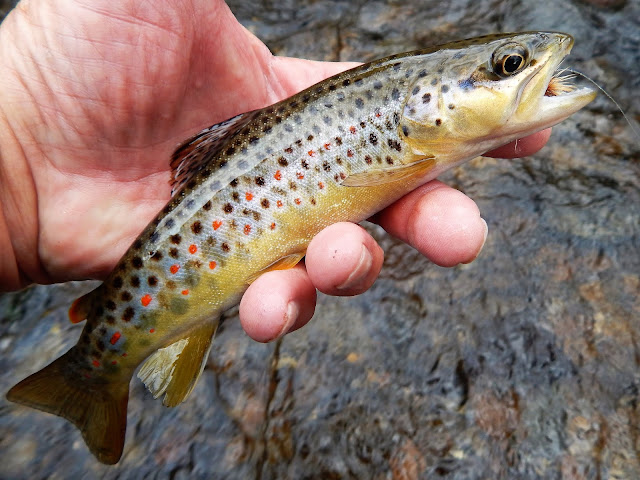 A very healthy brown took the dry fly. Over the years I have taken browns from time to time here. The browns have not had an effect on the brook trout.