On the first of May 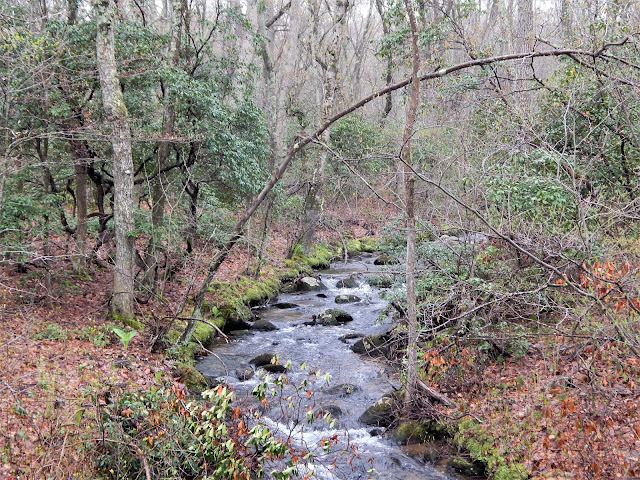 For the last week or so the weather here has been less then stellar. Being spring one expects changes and for the most part I can live with change with one exception and that exception is when it fouls up my fishing. With rainy nights and cool days it seems that the fish have been turned off. With the prospect of my better producing streams not coming through for me I have chosen to fish a few that I have not visited in years. This stream is in fact one I have not fished in five years. I had an overcast sky when I pulled of the road to park. The parking area as well as the stream flow through state land. I noticed one other car parked a bit further down and I assumed it was a hiker, it had to be a hiker because no one else fishes this stream. Then the other possibility came into my thoughts and that was maybe a turkey hunter. Not knowing if the season was open I chose to don my orange cap.

The stream is not tough to access. While the usual laurel and thorn bushes are there they really don't crowd you and casting is actually pretty good. The stream itself has a good population of brook trout and usually I can get a few to go along with me and bite the fly...not today. It was lockjaw. I fished for 3 hours and had 1 hit and one to hand. I blamed it on the weather. 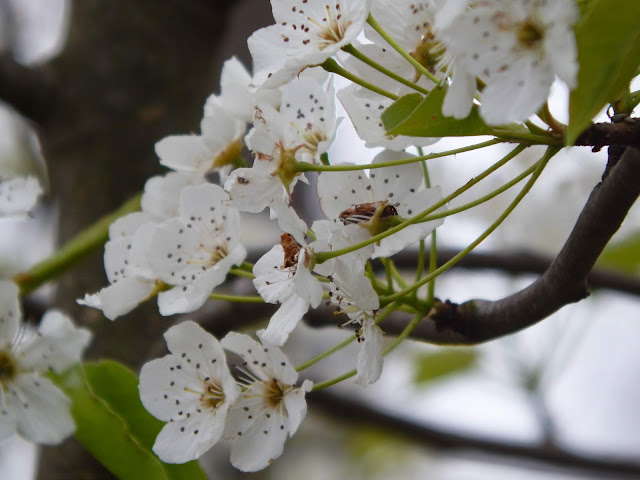 There were a few flowering trees mixed in with the laurel and hardwoods. The blossoms were beautiful. This leads me to my fly selection. Why not use a fly the same color as the flower blossoms....in the book Trout Flies and Flowers the authors suggest doing just that. 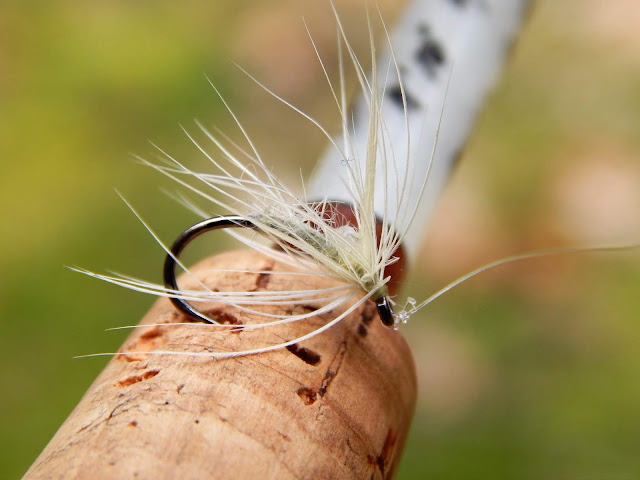 Into the box I looked and this is what I pulled out. On the second cast I was greeted by a splashy rise and a beautiful little brookie. 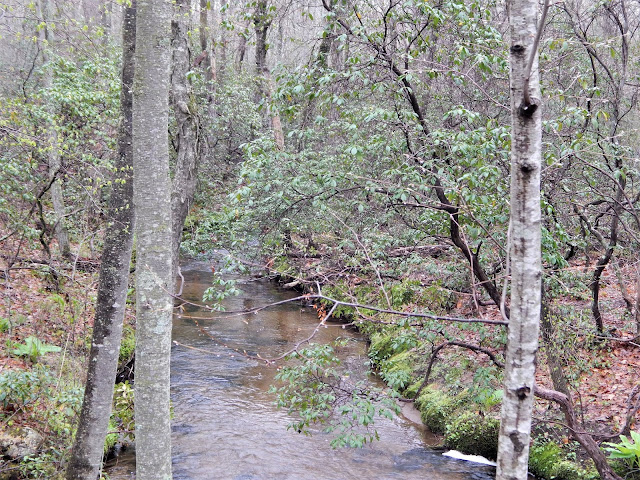 I continued to fish the little white fly and caught a few more. It was in this flat slow pool that I encountered what I never would have thought would be there. A brook trout slammed the little fly, he fought like heck and even caused the silty sand to cloud the stream. 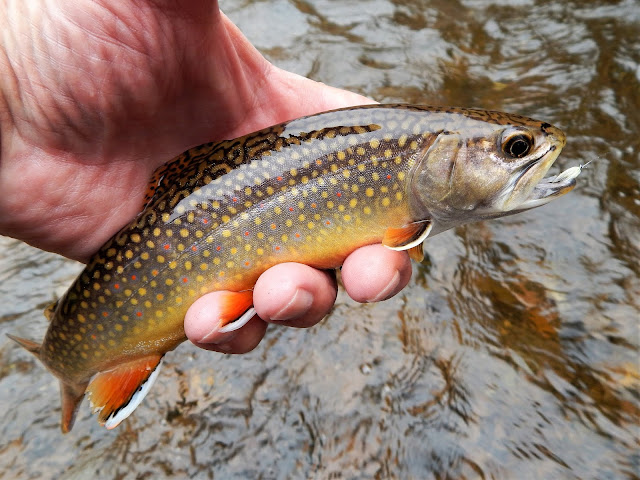 As I brought the fish to hand I noticed it was a beautiful female. From the size of the fish it was apparent she was in the stream a number of years and no question she spawned quite a few times. She was gently released back into her stream to continue what she has been doing for years. 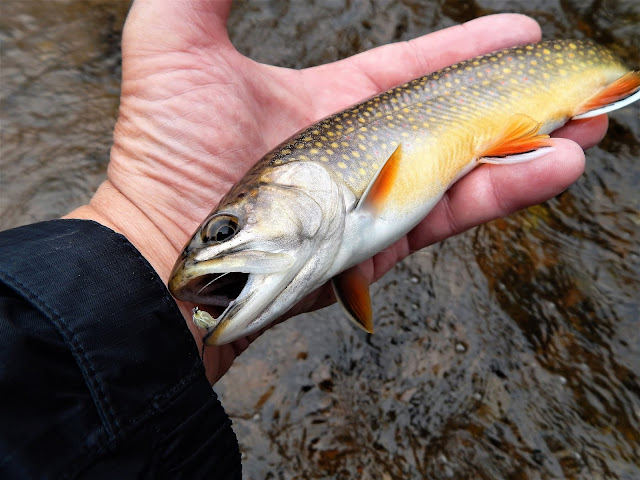 As I was compiling what had happened on this outing I came to a conclusion...experts are not always right. A few lines in the song "We don't know what the North Pond Hermit Knows" say "we're loosing touch with nature and we don't know how it flows"....