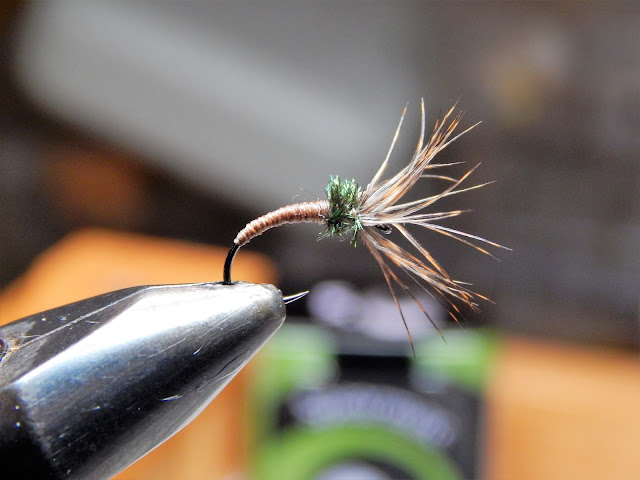 That simplicity thing...a hook with some brown thread and some peacock along with a feather. About as effective a fly for me in the last week or so on the Farmington. I'm not a hatch specialist and could not tell you what this emerger represents and frankly I don't really care. What I do know is that it works. The two patterns here are tied on curved hooks Sakasa Kebari style but I have a feeling they would be just as effective on a standard hook. The first fly has a wing from a grouse. 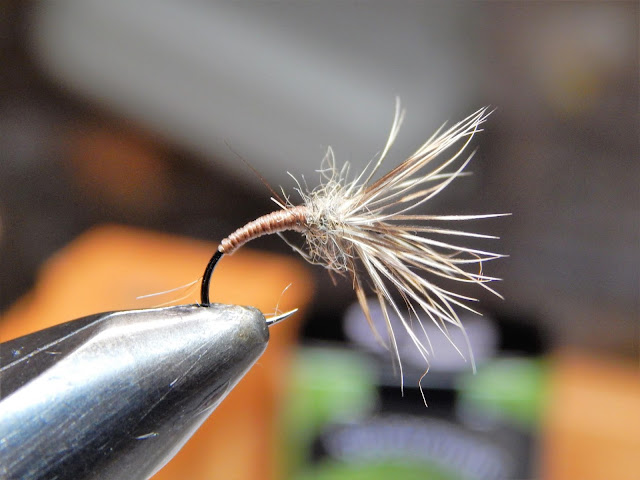 This fly uses a thorax of opossum and a feather from a hen pheasant. 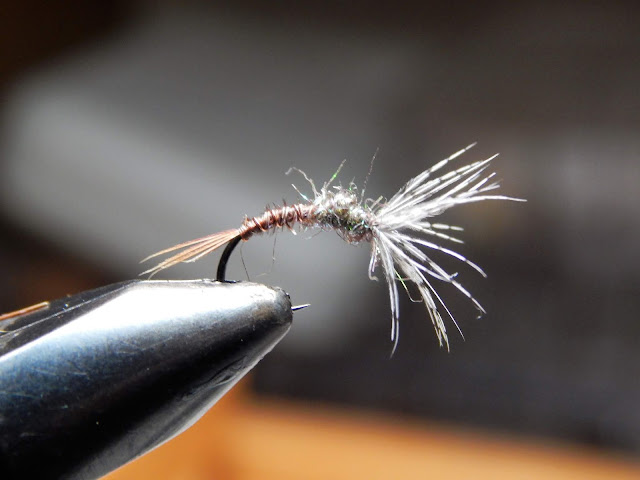 This pattern is a variation of the Pheasant Tail-Partridge.

Yvon Chouinard the founder of Patagonia and simplistic fly fisher and fly tyer  shows his way of tying the Pheasant Tail-Partridge.