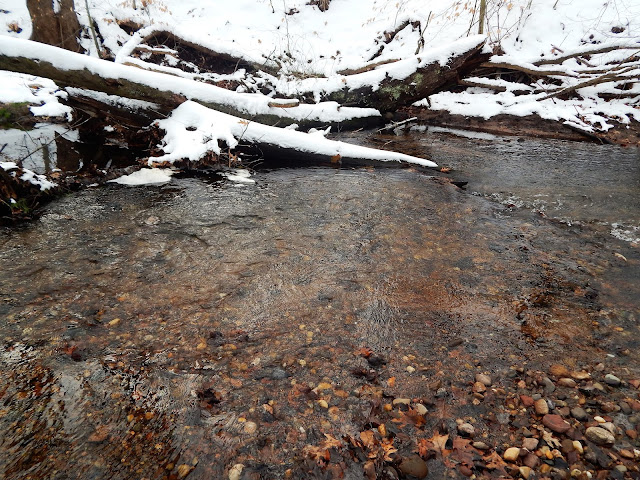 Winter outings are tough. The fly selections you have used during the rest of the year seem to draw no attention. Even my favorite soft-hackles and that never fail dry the bomber are ignored. I find this issue to hang around until the true winter sets in. Brook trout can adapt to cold water better than other trout and will adjust to it in time. It is at that time when I stand a better chance of catching brookies on more familiar patterns. Until that happens I will fish a fly that I consider the best winter brookie fly around. As I show this fly most will say, "that's not a fly" and probably so. But then again is a gray ghost a "fly"?...all that stuff is for another day and discussion....focus. 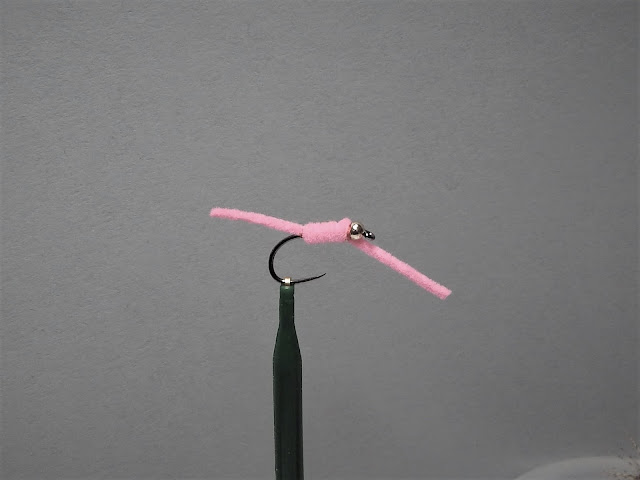 Here is the best winter brookie fly. It's called "pinkie"...tied a bit different than the San Juan and obviously a color that is not common in our streams. Aquatic worms are present in almost all streams and can be found in sunken leaf debris. I once observed a group of college students surveying a stream. They showed me the aquatic worms the found in a few yards of stream and I could not believe it. The other fact that was pointed out was the speed at which these worms moved. They lifted one out from the bucket and put it in the water, it gone in a second. There are few materials needed to tie this fly, and it is quite easy to tie. 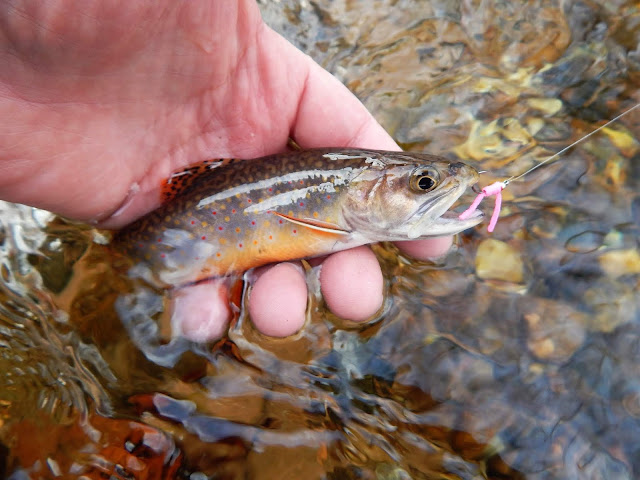 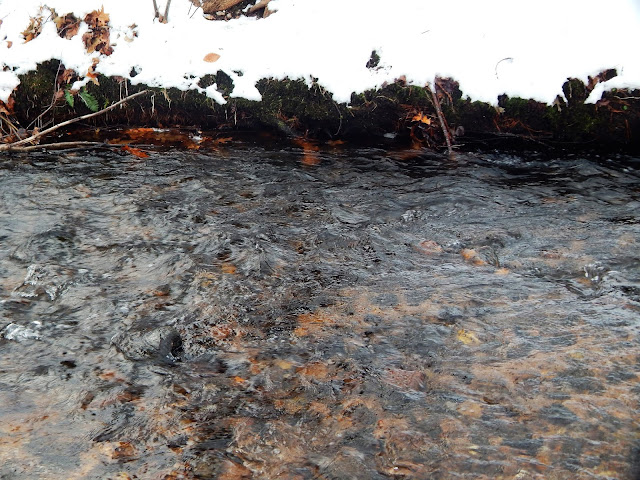 This my friends is a perfect winter stream brookie lie. You have a gentle seam, with moving water. The shallow depth also allows for some warming of the water. There is a undercut bank close with deeper water....and it will give up a strike and a trout 88.7% of the time it's fished. 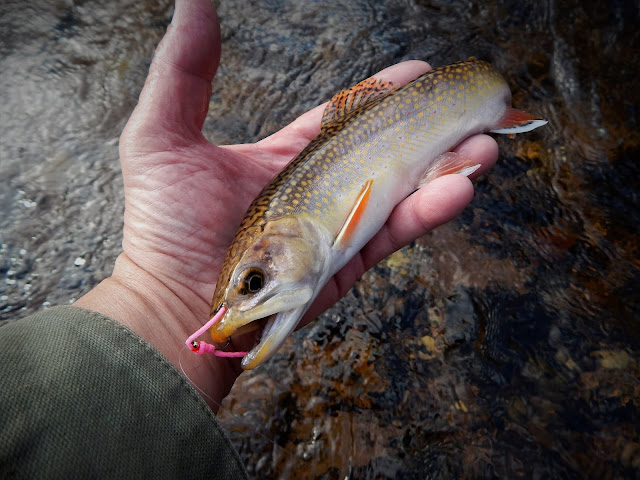 This brook trout was taken in that spot above. A pretty good sized fish for such a place. Winter requires different tactics, and those tactics change almost daily with exception. Fish "pinkie"...