They don't always play by the rules.... 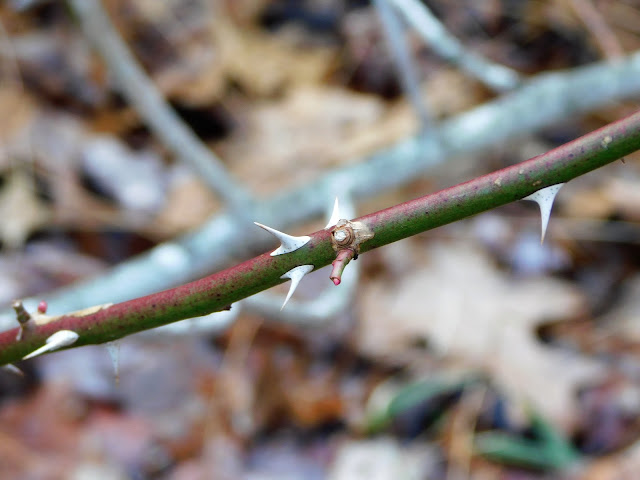 Go to the stream, cast a few flies and catch brookies. What's the big deal right. I have said a few times that small stream brookies do not play by the rules. Show a brook trout a bright, gaudy fly and bring him to hand. As I fished a stream last week I was again taken to school by those not to smart brook trout. 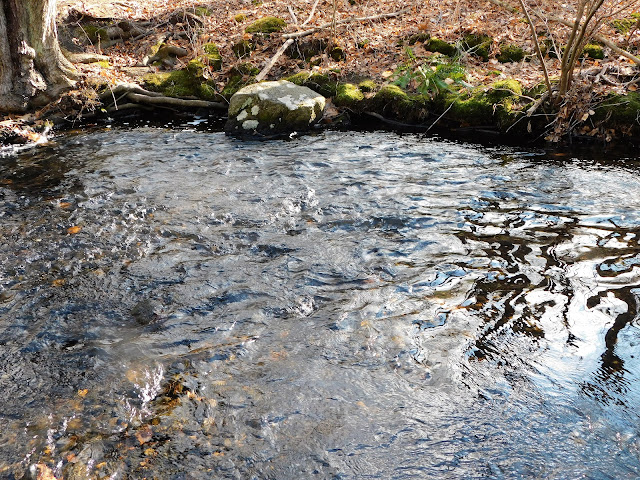 A lovely piece of trout water. This time of year you expect the trout to be holding bottom. While looking closer I noticed a rise, not uncommon it happens even on cold days. But the rises kept coming and I determined it was more then one fish doing it. So I reached into the box and plucked a bomber, it was tied on and sent into action. Four or five drifts and nothing. Elk hair caddis up next, same result. Lights go on and I'm thinking that they are taking just under the surface. I tied on a soft-hackle and it fared like the caddis and bomber. All the while they kept on rising. The only flies left were a streamer or a nymph. I selected the nymph. First cast fish on, and soon fish off. A few more casts and a take with a good hookup. 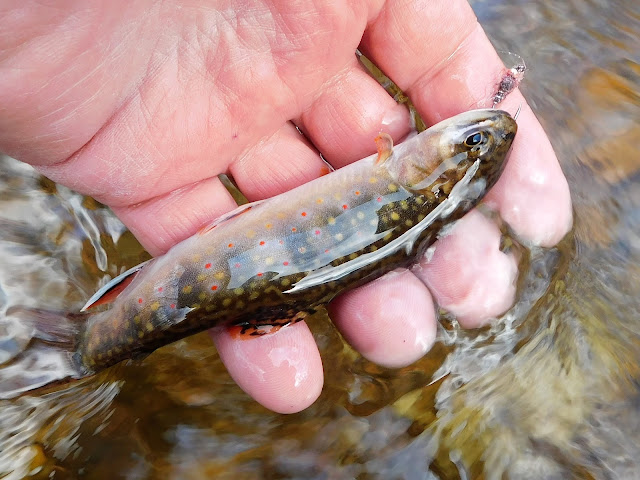 The first fish to hand, and the only fish to hand. A couple of more hookups with none to hand...why did these brookies take a nymph? Rising to nymphs? Thus the lesson and a lesson learned and filed. 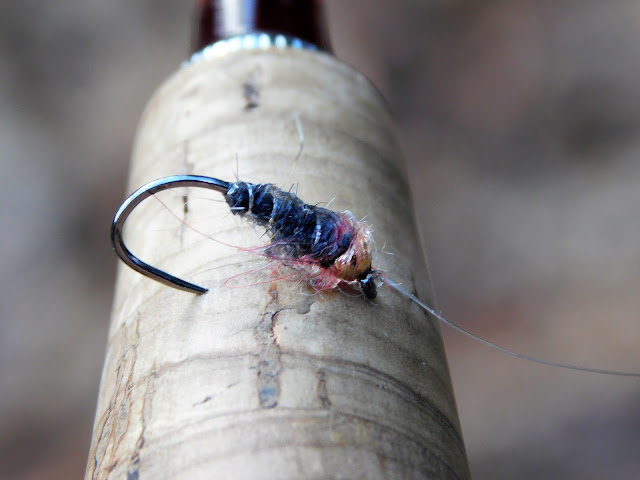 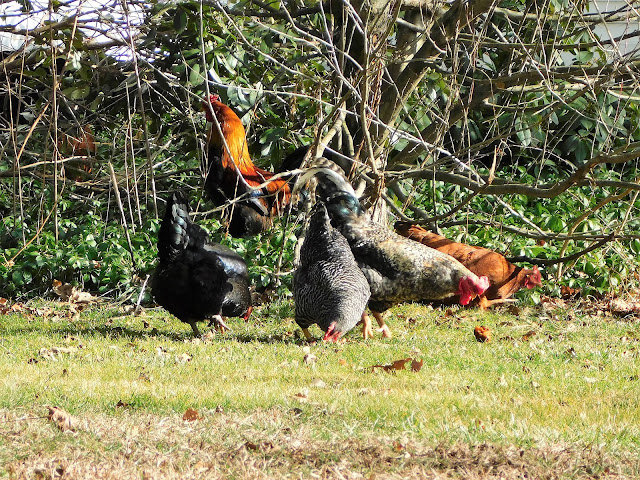 Some fine hackle on display. Stream side oddity.