Brook Trout Forest, What Are They Eating 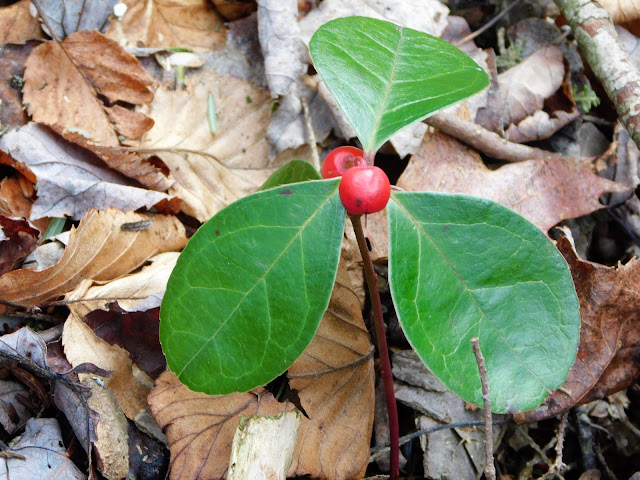 Yes folks, here we are in the month of February. January has been kind so my hopes February will follow suit. On the last day of January I fished a small stream that I have a special fondness for. It's flows through a large tract of land that is heavily forested. Most of the tress are hardwoods with a scattering of pine and hemlock. The stream that day was clear and the sun shinning on it made for some wary trout. 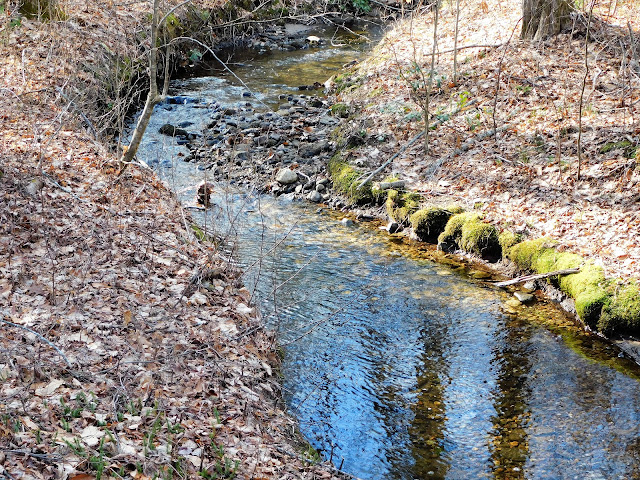 A stream that has good flow leading to an undercut with decent depth is a likely brookie holding spot. The fly I had on was a Picket Pin, a wet fly that can also be fished dry. It's peacock body with brown hackle is an attention grabber. A few drifts of the Pin and a fish grabbed it. 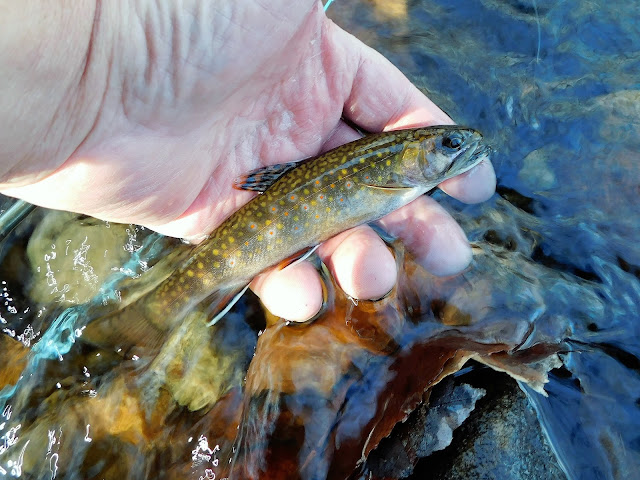 The wild brookie at hand was incredible. It's deep olive tones were similar to the moss lined banks of his home. 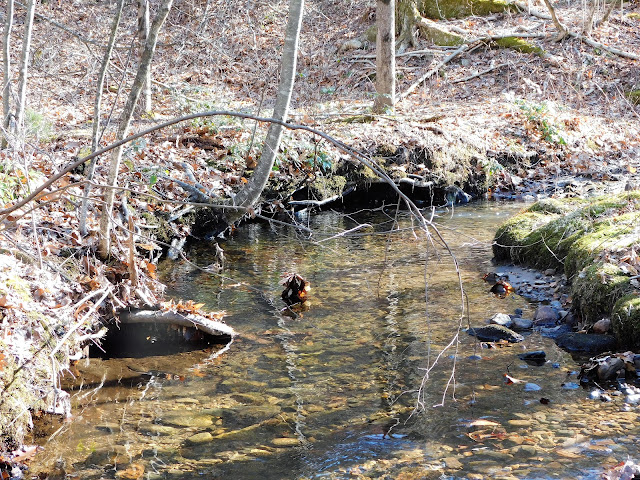 Who can guess what a brookie will rise to in a small stream in January. I can't. But in this quiet pool were a few of them doing just that. I often if they are actually insects at all. Maybe it's windblown bits of leaf debris or something similar. 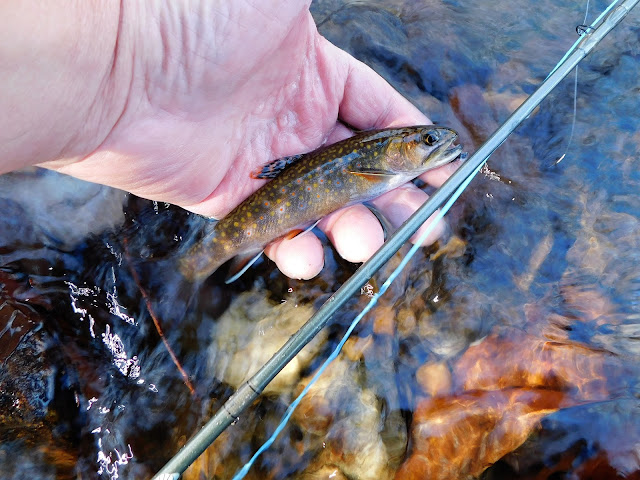 I think the Picket Pin looked more like a meal than the leaf debris. 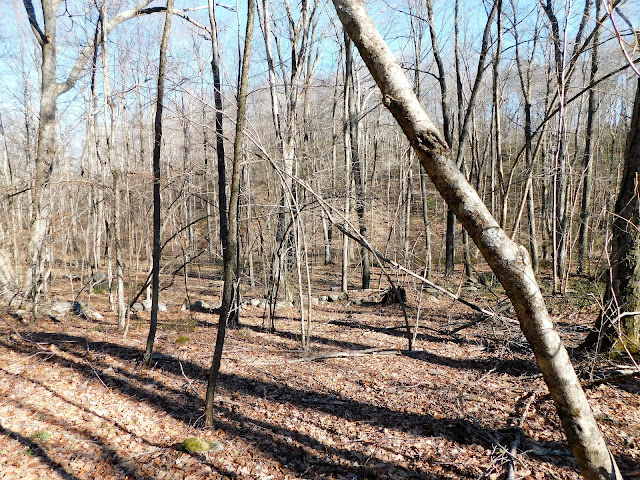 An outing in Brook Trout Forest.