Native fish here in Connecticut that have gone through hell for lack of a better word to describe what these fish have endured. The Atlantic salmon was once so prominent in Connecticut waters that it not only fed many native peoples it also sustained the early settlers. Early industries, clear cutting the forests and dams doomed the Atlantic salmon. A gallant effort on the part of federal, state and local groups tried to bring the salmon back to the Connecticut river watershed. After years, perhaps a quarter century of hard work the effort was cancelled by the US Fish and Wildlife service, soon after the states pulled out and the plan was dead. In Connecticut there are still some programs out there including salmon in the classroom, and broodstock stocking of several waters in the state.

The sea-run brook trout also known as a "salter" was a prominent food source in New England. It to suffered the same fate as the Atlantic salmon. With the clear cutting of forests which heated the streams in which these char needed to spawn and the use of dams on almost every running stream made it impossible for these fish to survive.

The Eastern Brook Trout, actually it's a char and it's the only native trout to Connecticut. The "brookie" suffered the same issues as did the salmon and salter. Along with those issues it also had to endure years of stocking non native trout, rainbow and browns were heavily stocked as recreational sport fish. This stocking along with the lack of cold clean water forced these wild jewels to retreat to some pretty small streams where they found what they required. The fate of the "brookie" is in our hands. It is still here but needs lots of love from many people. These fish are not like a piece of hardware. Once they're gone they're not coming back. 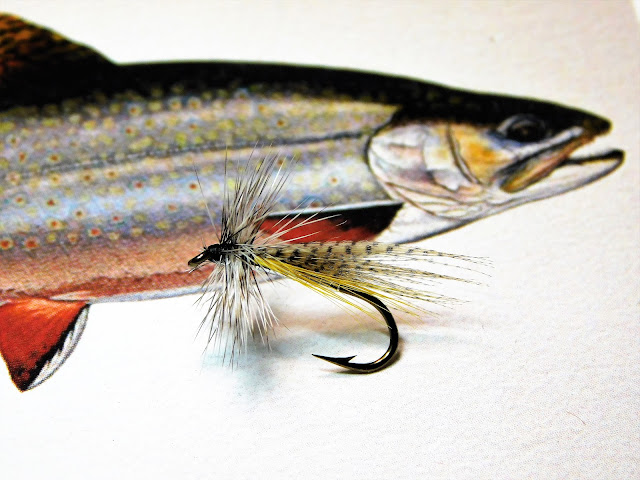 The down-wing Hornberg. A fly that has taken it's share of all three of the fish above.