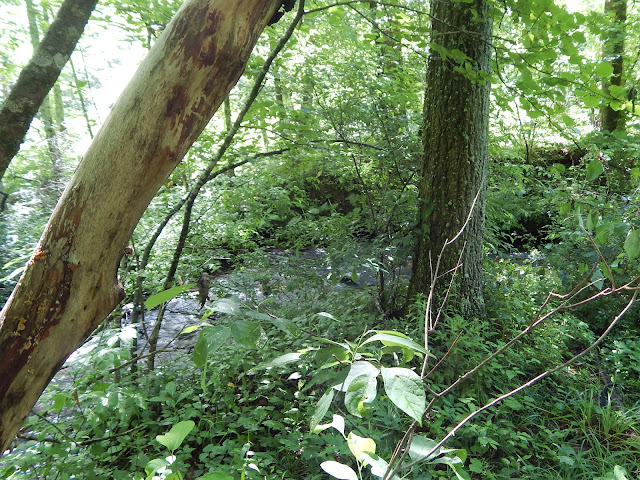 A slight change over the last week or so brought me to a couple of different streams in search of a few naturalized species of trout. The brown has been here for over a century and has proven itself to be quite a challenge for the fly angler. I love them for the variations and downright toughness when hooked. I chose to tackle them for the first time with my Tiny Tenkara, a real experience for sure. It has been a dry and hot spell of late, the exceptions being some pretty impressive thunderstorms that dumped between 2-4" of rain each time they set up. This has kept the streams in decent condition. Water temps have been good with readings in the high 50's to low 60's. Mornings have bee crazy with fog and clouds that break into sunshine, the latter brings the heat and a quick departure from me. 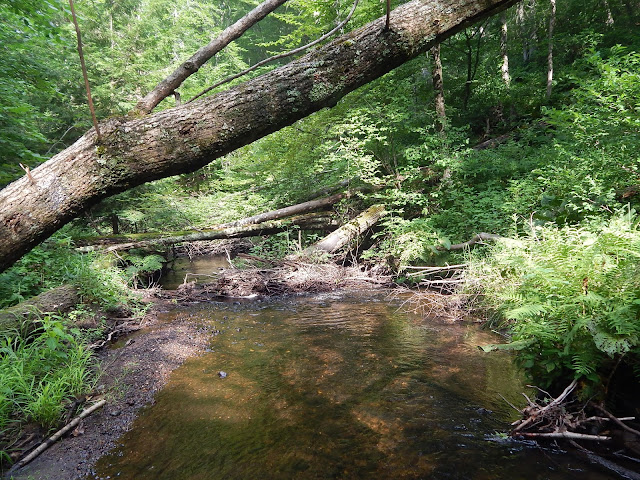 Brown trout at this time of year like moving water. Those quiet slow moving pools don't seem to hold them. Any way ant and bomber patterns will really draw strikes in those riffled areas. Tailouts and the heads of pools will also produce action. 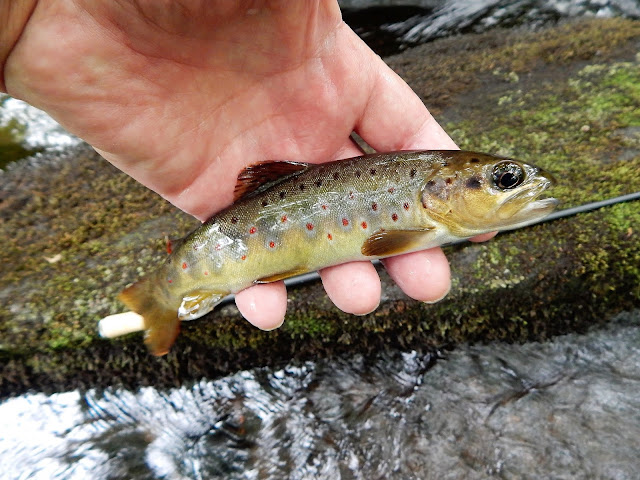 Diverse...this is an example of what I like in brown trout...a lack of spots, almost salmon looking. 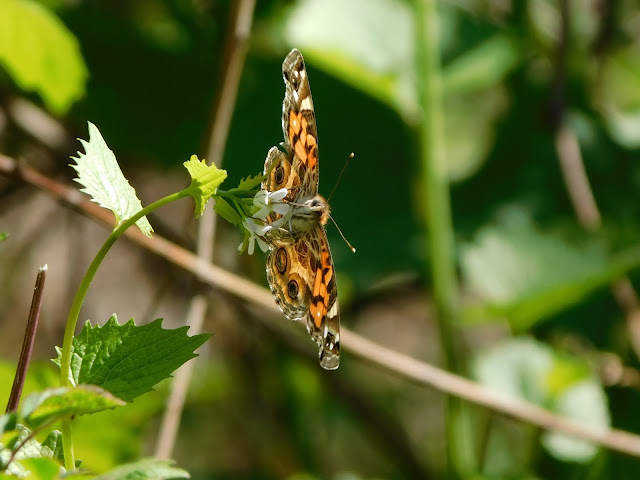 Company on the stream. 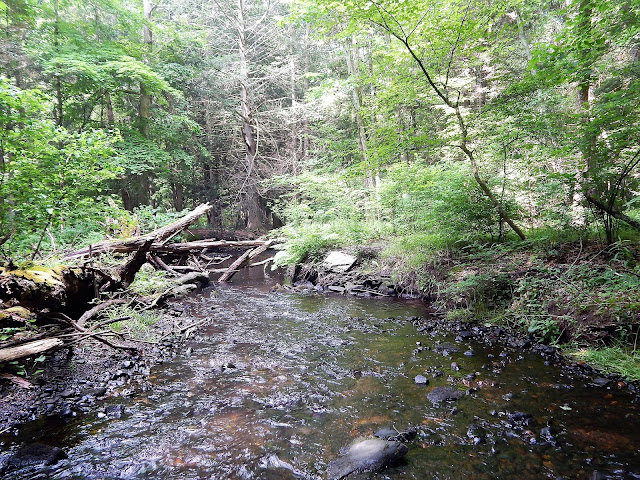 You see that log in the water, a likely holding spot. It has the capability of snagging a few lies too. But when all things come together rewards and a first take place. 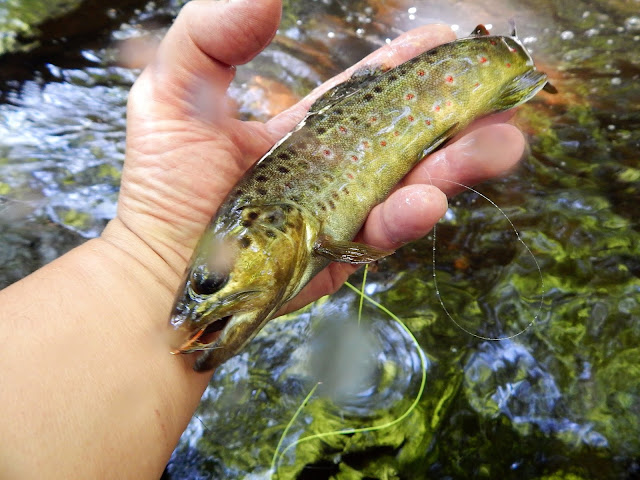 This hooked snout male wild brown crushed a small "carot" fly as it neared the log. The fish was strong and really tested the Tiny Tenkara...eventually it realized that I was going to win this battle and settled in at my hand.