A Hike With Parker 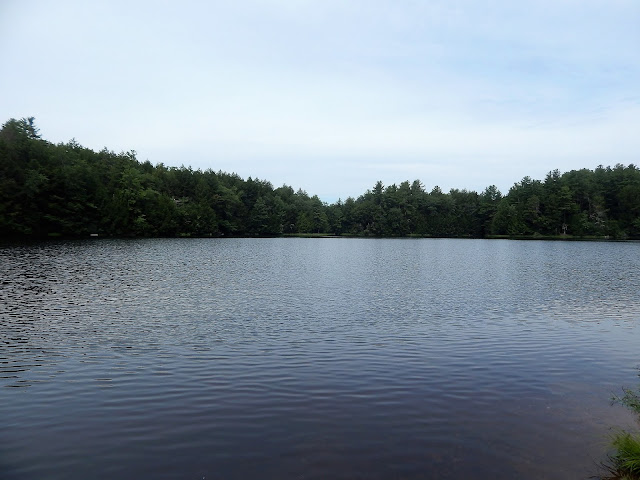 We have the pleasure of watching our favorite grand-dog Parker for a couple of weeks. He is a peach and looking for adventure every time he's outdoors. One day we decided to take a little hike to a lovey state forest. The land is pretty much vacant of people with exception of the first weeks of fishing season and during hunting season. The pond has a few canoe paddlers from time to time. Looking in the center of the photo, straight across to the other side is a small stream that flows into the pond. It's said it holds wild brookies. Something else said about that little stream is that some say there is an older guy who fishes it. Idle talk I say. 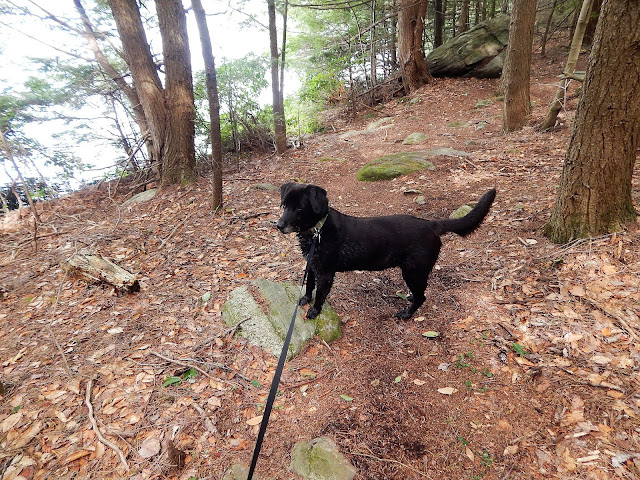 We took a hike back into the forest and Parker was on point. Walking with a dog it's amazing how many things they see and sometimes don't want to leave them alone. While hiking we met a gentleman coming out of a hemlock stand. He had a pack on and I asked him if he had been fishing. His reply was no. He said he had just cooked himself a couple of burgers. Seems he lost power from the tropical storm and decided to have lunch in the woods. 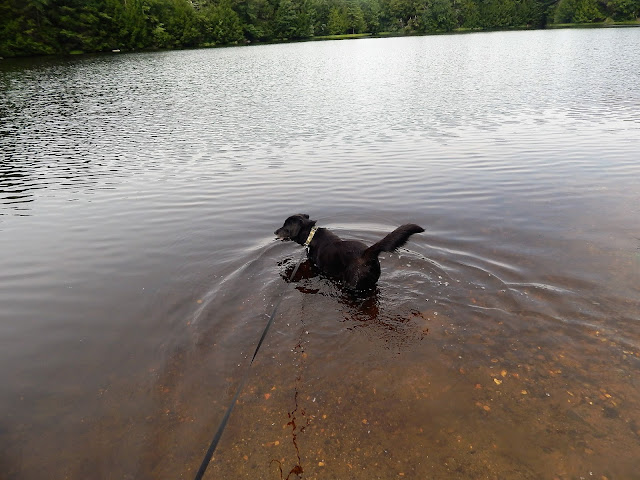 After our hour plus hike it was back to the canoe launch and some swim time. Parker say's that water is cold, but refused to come out. 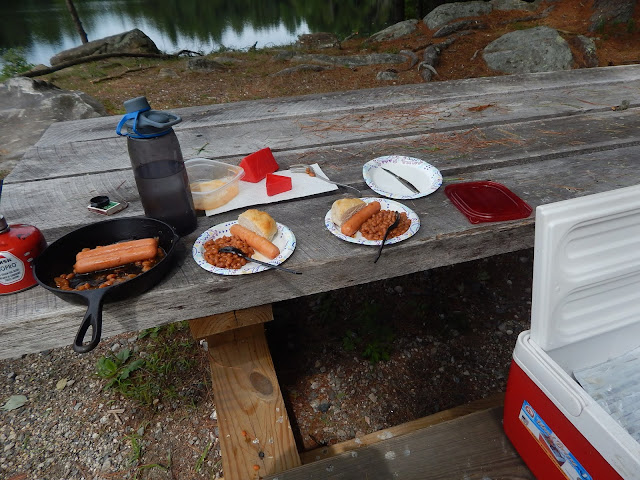 About 1pm lunch was served. Franks and beans cooked in a cast iron pan with biscuits. And yes Parker had a hot dog, no beans though.