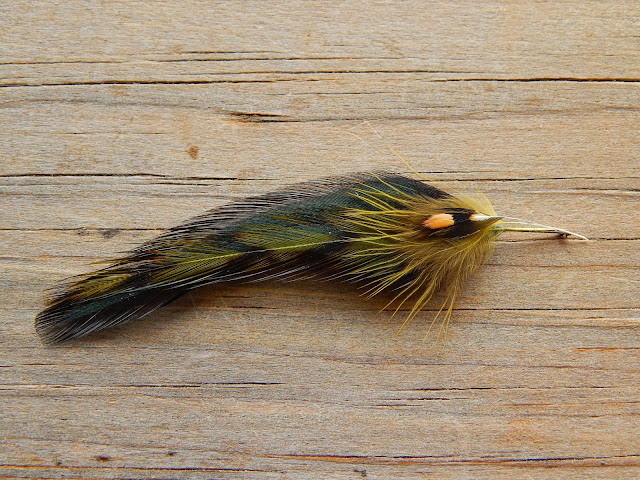 Streamer fly tyers, especially the featherwing Rangeley style of streamer are pretty creative in their methods as well as  the materials they select to create their streamers. Looking at a poster I have of 120 streamer flies tied by Carrie Stevens I can see a master at the craft of tying streamers. So very creative and such a wide variation in the use of materials and colors. She created many patterns that are just as effective today as they were when they were first tied back in the late 1920's. While not trying to compare my self to Carrie Stevens I will say I do try to use her creative style in the construction of my streamers.

In the top photo is a wing for the streamer I tied below. I use her method of building the wing. There is a total of four feathers used in one wing. First there is a black feather, followed by a green grizzly feather. Then a shoulder feather of marabou and finally a Jungle Cock feather. 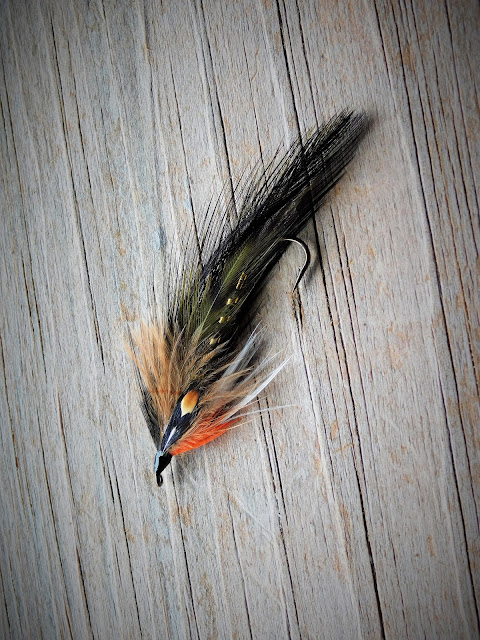 It's wing was described above. It also has a green yarn body, a tag and rib of flat gold tinsel. The throat is white hackle with a touch of orange hackle. The streamer is tied on a classic Mike Martinek Rangeley streamer hook. 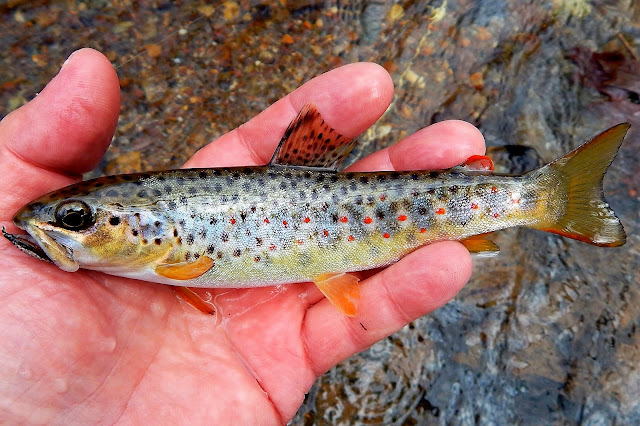 I have to share this with you. A wild brown I caught. It's colors are striking. Please take note of the red adipose fin as well as the red streaks on the tail.