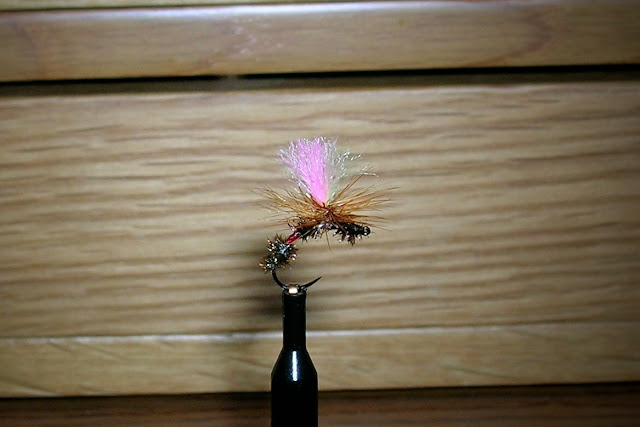 
Several years ago I had the pleasure of doing a fly swap with a fly fisher in Japan. Satoshi is a very good angler and fly tyer. He sent me several flies of two patterns. One was a thorax dun, and the other a Royal Coachman Parachute. Over the years I have fished them both but the parachute far out fished the other.
Now I am down to just two of those parachutes, the others are lining the banks and trees along several trout streams.
Not wanting to loose the remaining flies, I wish to keep them for my collection, I attempted to tie the pattern myself. While it's close to Satoshi's it's not the same. He is much better at wrapping and tying the hackle

My attempt at creating Satoshi's fly 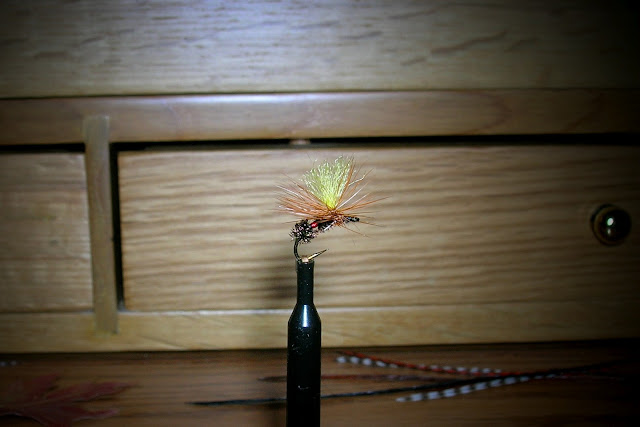 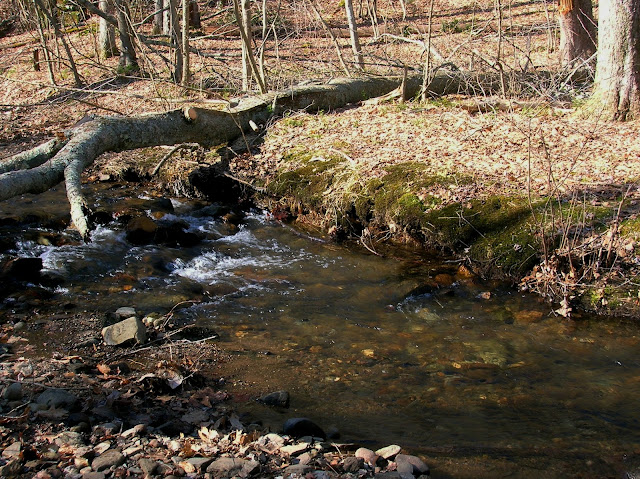 Well yesterday I spent a few hours on a small wild trout stream. I was armed with the RC parachute. The stream was ever so clear, but with a mixture of clouds I was able to move without spooking every fish. As that fly did it's drifting, it brought the trout to the surface. There were many many takes and I even managed a few to hand.
As the day ended I was to leave with my one fly. It had not succumbed to the streams defenses but it lost some of the magic material the peacock herl. 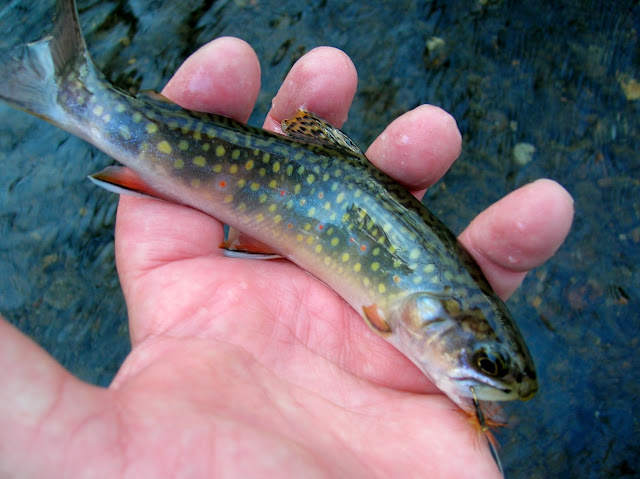 I love these guys. They love the Royal Coachman Parachute. 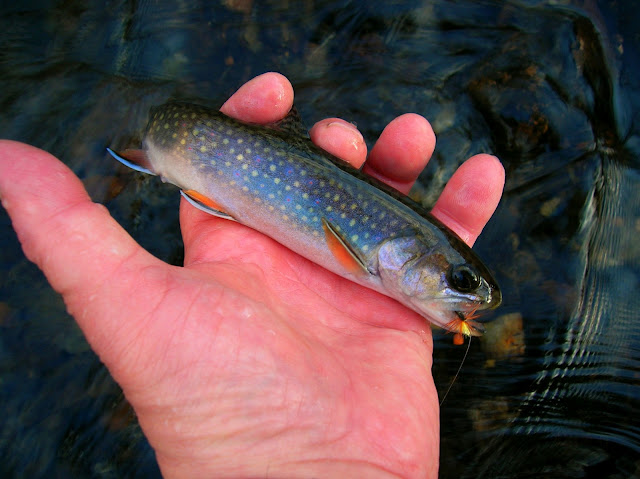