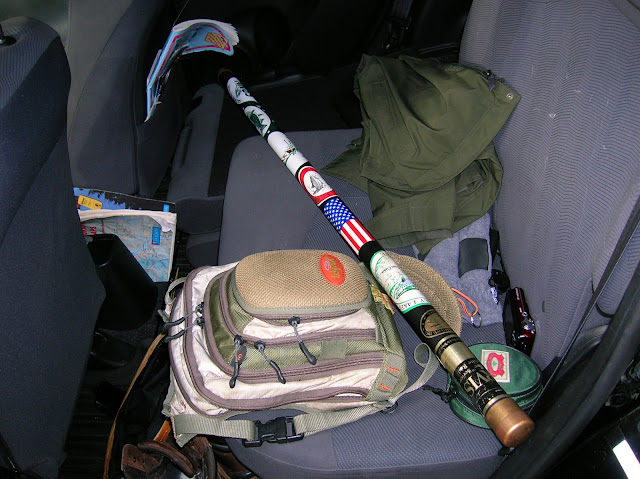 Some of the enjoyment of angling for wild trout is taking out maps and looking for those thin blue lines that may hold a few fish. Next is marking them and then doing some exploration. Winter is a fine time to do this, for the trees are void of leaves and the streams can be seen easily. Most times the streams found do not pan out as far as producing what your looking for, but it's winter and the exercise will do you good. But never give up on a new find, come spring and the stream thought to be barren in January is not so barren in April.

Such exploration took place Saturday when I took a old rod that I have not fished with in a long while, and a fly I had crafted to try. I set out for a piece of forest land with some blue lines I wanted to check. As I pulled on to the service road I could see the stream. It had the looks to be a good one. 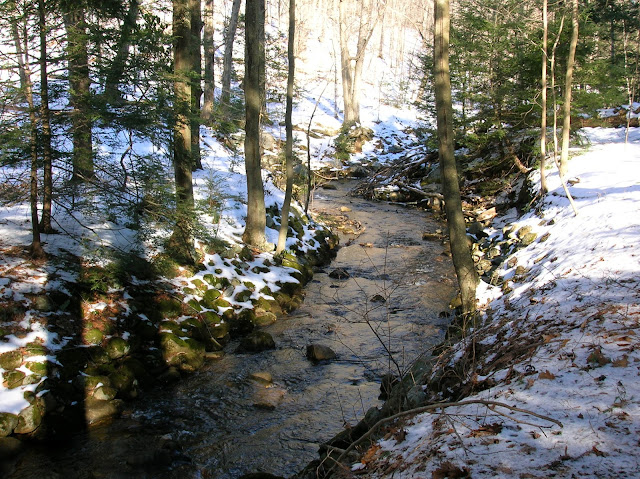 The fly I had tied on first was a variation of the Bomber, it's tied on a curved hook to give it a crippled look. I fished this fly for some time as I walked the new stream, fishing it in the runs and pools. It was not accepted. Tying on a wet fly and moving along I soon was met with that tug. Pulling back and fish "on" fish "off".

Winter time angling usually finds fish holding in the deeper slower pools. But again I was wrong. The trout were in the riffles. I love winter fishing. 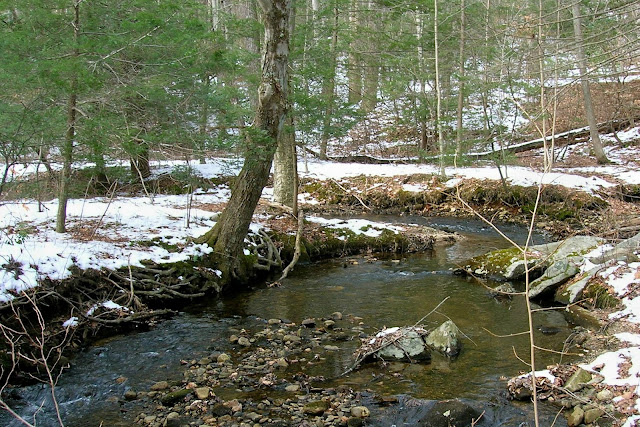 As time moved by I realized I had only fished a small section of this blue line, a blue line that had been so good to me this winter day. 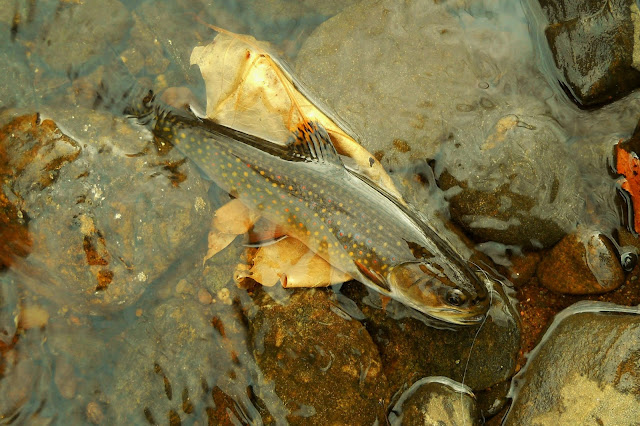 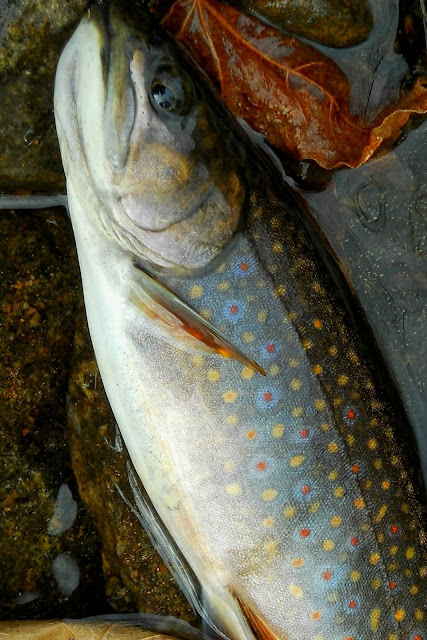