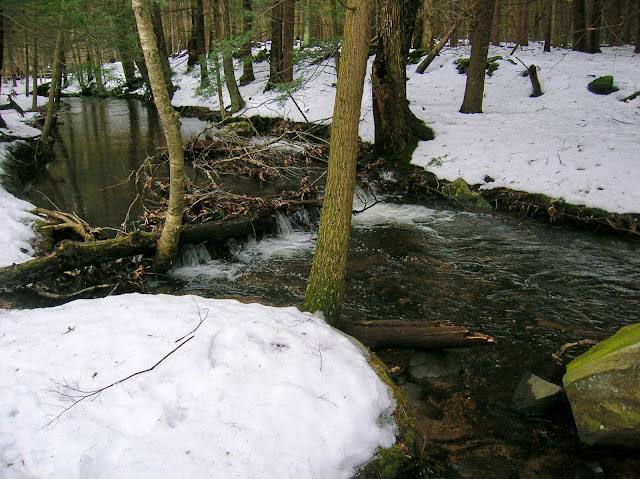 I was finally able to get a few hours angling time in yesterday. This week has been pretty filled with all sorts of personal trials, and it felt good to just be outdoors. Since most of the streams are closed in Connecticut, for the next month and a half, I selected a Class 1 wild trout stream. These streams are open all year. It's been some time since I've fished here and the winter has been rough on the stream. Blow downs and debris were everywhere, and some pools and runs were completely changed. The water was a bit high and somewhat off color from the snow melt. I did not take a stream temp, but it felt "not bad". I began fishing a caddis dry trying to take my first fish of March on the dry. I'm always an optimist and fished that fly for some time. 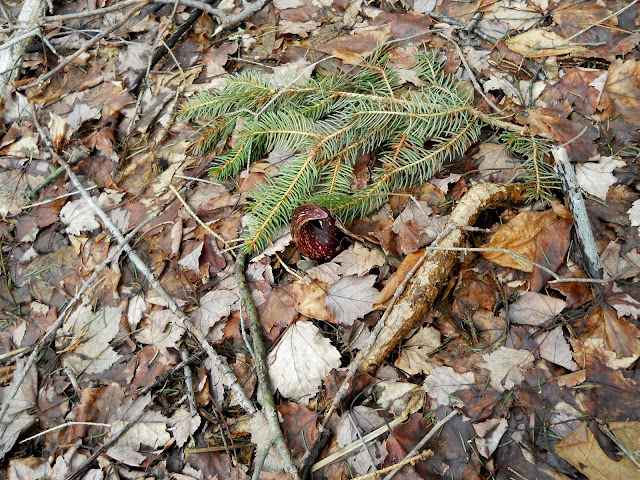 While moving along the stream I noticed mixed in between the snow and where melting had taken place this sure sign that we have turned the corner on winter. 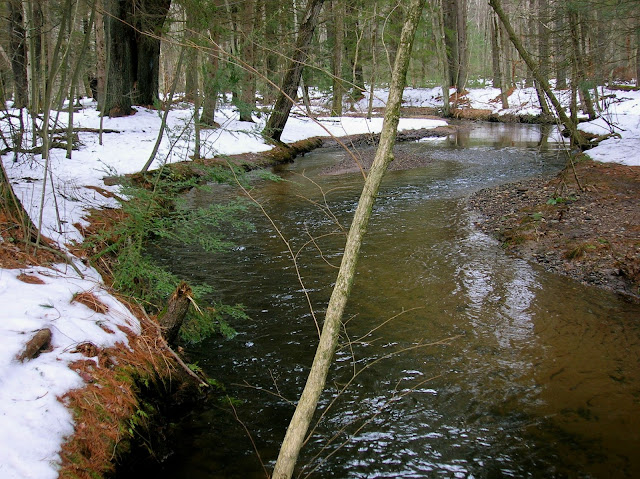 As I approached this run I drifted the caddis along the bank. As the fly ended its drift it held tight along the bank. In a second the water erupted and the fly went under. As I lifted the rod I had the feeling of "nothing there". And that was the case. I continued to fish that bank for awhile. I changed flies, trying a streamer with no success. I tied on a Picket Pin and proceeded to work the run and the bank. On what was perhaps the forth drift the fish struck. This time he was on. The little 2wt had all it could do to keep the fish out of the tangles that lie under the bank, eventually winning out. I soon placed my hand into the water and under a handsome wild brown. 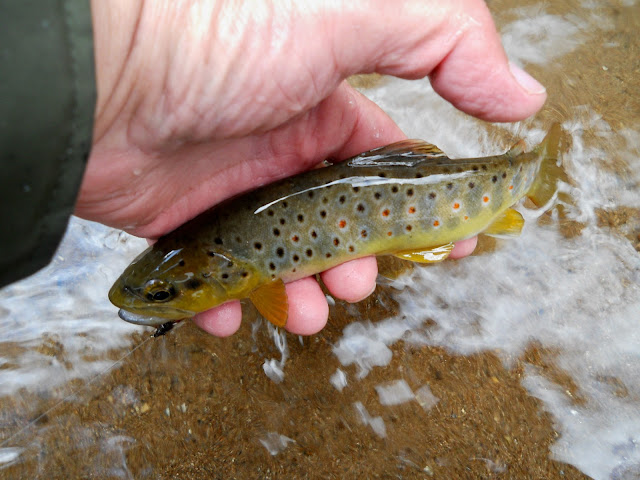 As I closed out my time on this day I had several things to thankful for. A sign of Spring, a rise to a dry fly, a wild brown to hand, and the fact that I never got wet. The snow along the banks was like walking on Crisco. 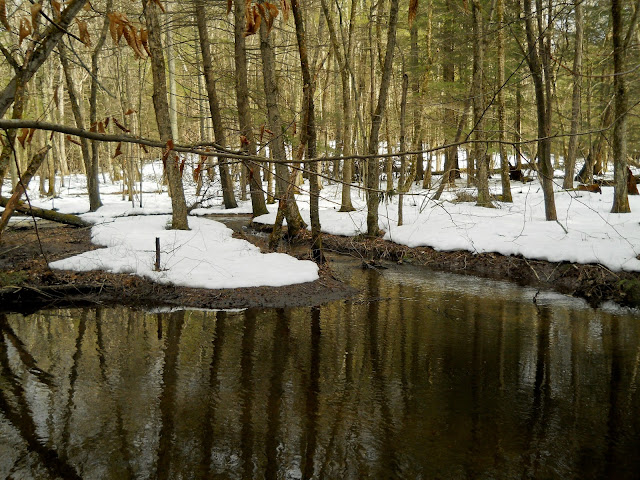 The little tributary, will be fished the next time.