A Limestone Fly And A Keystone State Rod 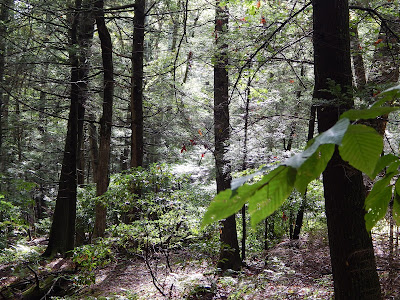 In my last post I told you about the recent acquisition of the Cane and Silk fly rod. Well that was not the only new item that recently came my way. A reader of SSR's sent me a fly that was tied by a famous fly fisher from Pennsylvania by the name of Ed Shenk. Ed is a master of the Letort river, an author and a world known fly tyer with many patterns credited to him. The fly that Brad sent to me was a cress bug. A simple pattern that's very effective, especially on spring creeks.

One day last week I took the two new items to a stream and gave them a tryout, the first for both. 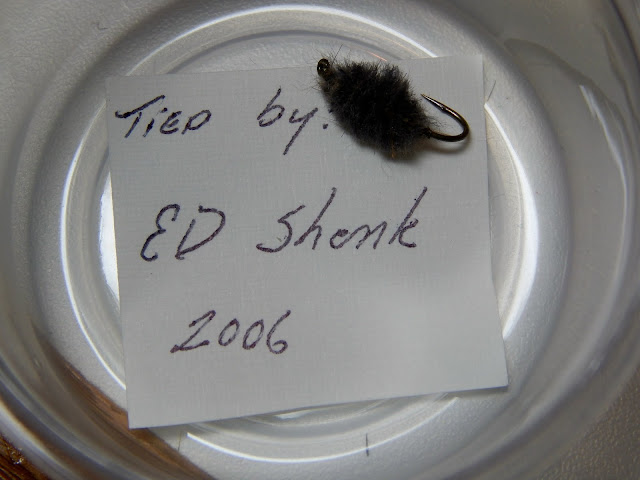 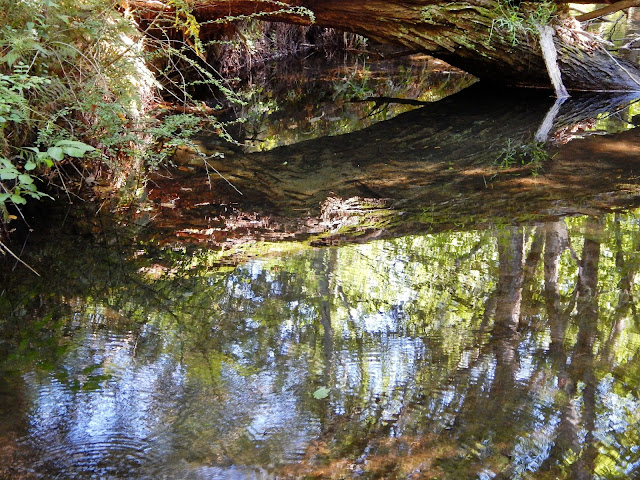 In this deep pool the new rod and fly were to be tested. The water flows deep here especially near the left bank. If you look closely you can see brook trout holding there. I did not want to loose this fly so casting had do be done carefully and that's what the rod allowed me to do. The first cast spooked the fish scattering them. But a few moments later and a few casts and everything worked. 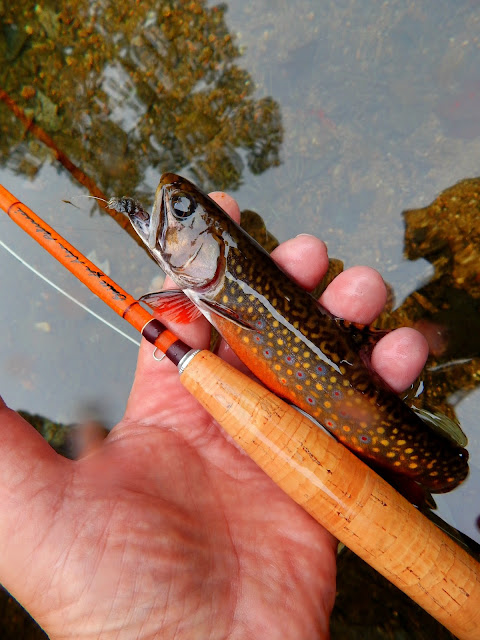 This pretty wild brook trout hit that bug and the rod worked perfectly in bring him in. A quick photo and the brookie was on his way. The fly was snipped from the tippet and put in the fly box. It will be saved. The fly rod went on to take a few more fish before the outing was done. A good start I would say.